Real estate manager performance is under greater scrutiny by investors and consultants than ever before, but complicating matters are discrepancies among managers in how performance is reported.

“In working with institutional investors and consultants, the intensity of the underwriting of track records has really stepped up,” says Doug Weill, managing partner at New York-based placement and advisory firm Hodes Weill & Associates. “We’re seeing it as one of the most important factors when institutions are reviewing managers.”

Most real estate managers, after all, have been in business for more than a decade and managed multiple funds through at least one cycle. But because a non-liquidated fund is a more recent indicator of a manager’s performance, “a good amount of underwriting of a manager is done with the funds held at value rather than those that have been fully or substantially liquidated,” he says.

“The challenge is that managers employ very different approaches to estimating ‘fair values’ for their unrealized investments,” Hodes Weill noted in a March report. For example, some public managers with real estate platforms may more rigorously mark assets to ‘fair value’ on a quarterly basis, whereas private managers are often more conservative in their valuation approach and may hold investments at cost for up to several years, the report said.

This can put smaller, private managers at a disadvantage, particularly when they are marketing new products to the investor community. “If you’re a private manager with a conservative valuation process, and are being compared to a number of larger, publicly listed fund managers that rigorously mark to market, you may look like you’re underperforming,” Weill notes. “This is a particular challenge when you need to stand out in a very crowded fundraising market.”

“So while we will certainly analyze the unrealized track records of these managers, it’s probably fair to say the level of scrutiny of those unrealized deals is typically not as intense as for managers with shorter track records.”

Public managers are incentivized to be more robust in the valuations for their unrealized investments because their shares are valued partly on reported economic net income, which includes accrued and realized performance fees. “There’s a bit of interpretation in how assets are valued,” says Weill. “If you buy something, particularly in a competitive situation, what is the justification for a substantial mark-up inside of one year?”

Indeed, Hodes Weill evaluated average since-inception net returns for real estate funds sponsored by seven public managers among the top 10 that report fund-level investment returns in public documents. Of those funds, the firm identified seven – representing an aggregate of more than $35 billion of assets under management – that were generating an average net annualized return of 21.9 percent after 24 quarters. By contrast, the return curve is more typically the opposite for real estate funds sponsored by private managers, Weill says.

Can public real estate managers, given their size, skew the benchmarks in their favor?

Hodes Weill managing partner Doug Weill seems to think so. “The big managers are such a large component of the benchmarks,” he says. “When you think about the top 10 largest fund managers accounting for at least 25 percent of investor commitments for closed-end private real estate funds, their funds are a substantial weighting of the indices. That also skews the quartile benchmarks in terms of unrealized returns.”

Cardillo, however, disagrees public managers hold such sway. Cambridge Associates’ private equity real estate benchmark, for example, includes approximately 1,000 value-added and opportunistic real estate funds. “It’s large enough that a single fund shouldn’t skew the numbers,” he says. “In addition, when calculating returns by vintage year, we run both a dollar-weighted and an equal weighted return, so the equal weighted return would obviously eliminate the risk of a mega-fund skewing the overall return for a particular vintage year.”

“Non-listed managers, in our experience, are generally going to be more conservative,” he says. “They’re not judged quarter to quarter based on their marks. The only one judging them are institutional investors in their funds. In the interest of not over-promising now and underperforming later, why get ahead of yourself in terms of your marks?”

Some institutional investors, however, have not flagged a disparity between the valuation methodologies of public and private managers as a major issue.

“Valuations are of course always a concern, though I don’t know that we perceive much difference between public and private managers in this regard,” says Charles Wollman, spokesman for the New Mexico State Investment Council, which manages the state’s $19 billion permanent endowment. “Certainly making sure we have fair and accurate valuations throughout the investment process is important, and should we see inaccuracies that would be a concern – but that’s not an issue that has elevated itself in our view in recent years.”

Looking beneath the surface

One former executive at a public manager says his own firm is “optimistic” in its valuation approach, although his personal preference is to be more conservative. “People definitely have an incentive when marketing to show better results,” he says. “Certain people I know in the industry are more straight shooters and others are less so. Is there the potential for abuse? Yeah, that potential certainly exists.”

He adds: “If I was a pension plan, I would worry if valuations are more optimistic or more realistic. You have to do diligence and you can’t look at the surface at what people are reporting.”

For Weill, an important metric in evaluating manager performance is to look at what a firm’s realizations have been relative to their most recent marks: “If you can show consistently that you sell at your marks, that’s good. But if you consistently realize investments above, then you should be recognized for being conservative.”

But while public managers may consistently hit their marks, private managers often sell investments at higher prices than their most recent marks, he adds.

Cambridge Associates typically runs an analysis on established managers comparing marks on realized transactions with the prior unrealized marks. “That can be a helpful exercise to get a sense of a manager’s valuation approach,” says Cardillo.

For the most part, the firm does not see major differences between unrealized and realized marks, he notes. Moreover, in situations where there is a disparity, it is typically a reflection of external factors rather than the manager itself. “For example, in an environment where valuations are correcting, you would likely see more examples where unrealized marks exceed realized marks, but that would not necessarily reflect that the manager’s valuation methodology is aggressive, but rather reflect the changing market environment.”

Cambridge Associates says it did not have complete enough information to comment on how unrealized and realized marks compared for smaller managers.

At the same time, the firm is also looking beyond marks and examining the underlying performance of an unrealized investment, including how the asset is performing relative to the original business plan; where occupancy and net operating income are relative to the original underwriting for a value-added deal; and whether an asset’s prospects have changed since it was acquired.

“This exercise gives us a good sense for how the unrealized transactions are performing relative to the original business plan, and allows us to rely less on the unrealized marks to assess the overall health and prospects of a fund,” says Cardillo. Generally, recent transactions the firm has reviewed have performed in line with business plans, although this is to be expected given a favorable economic backdrop and generally healthy real estate market conditions, he adds.

When looking at the bigger picture of a firm’s performance, good marks, it turns out, are not everything.

“If you’re a private manager with a conservative valuation process, and being compared to larger, publicly listed fund managers that rigorously mark to market, you may look like you’re underperforming.” 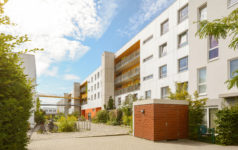