David Rubenstein is co-founder and non-exec chairman of Carlyle Group. These days he is also a fund investor in his own right.

At a recent event in Zurich, hosted by his daughter Ellie Rubenstein’s private equity firm Manna Tree, he gave attendees – in less than two minutes – his 10-step guide to fund due diligence.

“When I look at investing in funds from my own account, these are the rules I have…

“One: Look at the track record. That’s the best indicator of future performance… although not perfect.

“Two: Was the track record achieved by people still in the organization? Sometimes [firms] have great track records and the people who achieved it have left.

“Three: Have the people investing the fund put a lot of their own money into it?

“Five: Does the organization have a reputation for good ethics: in other words, are they being sued for fraud or things like that?

“Six: Look at who the other investors are; smart money knows how to find good deals and it’s very rare to find a great fund where nobody you have ever heard of is investing in it. Generally, people who know how to look at funds are going to find the best funds.

“Seven: Look at the organization’s ability to keep people. If… people are always leaving an organization that is an important indicator.

“Eight: Whether or not an organization has made its track record in an area that’s still relevant in the future… Because maybe somebody was good at investing in buggy whips, then the automobile comes along and being an expert in buggy whips is probably not such a great thing.

“Nine: Next, I would say – probably most importantly – whether you can get information from that organization on a timely basis when you need [it].

“Ten: Whether you feel that the organization’s focus is on you, an investor, more than they, the organization. You have to make sure that… they have a fiduciary mindset and that they are more worried about your outcome than their outcome.

“I use these standards when I invest in funds, and I invest in a lot of funds now,” he said.

Redeployment of capital is the biggest challenge facing investors 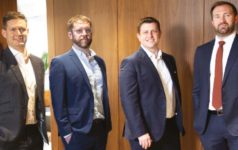 Roundtable: UK managers seek to stay one step ahead