Crow Holdings Capital is not letting a fundraising windfall go to its head.

The Dallas-based firm closed its ninth value-add fund on $2.3 billion this month, PERE has learned, a record for the investment and development specialist. Factoring in an additional $265 million of co-investment capital, the fund has twice the buying power of its $1.3 billion predecessor.

Despite this crush of capital, the manager will continue to stick to its knitting: small, single-asset deals.

With an average check size of $20 million, Crow is prepared to acquire more than 100 properties for Crow Holdings Realty Partners IX one by one, chief executive Michael Levy told PERE. And as much as 20 percent of the fund will go toward niche sectors such as gas stations, convenience stores, strip malls and manufactured homes, he added, so some investments will be had for as little as $8 million of equity.

Often, managers of multi-billion-dollar funds will target large assets or portfolios to save time and resources. Crow on the other hand prefers the single-asset approach, Levy said, often aggregating portfolios to be sold to core buyers at a premium.

“We’ve built a machine for this strategy,” Levy said. “We have the ability to cover the industrial, multifamily and specialty marketplace and acquire and monetize assets at scale. It’s a lot of work, but this isn’t new for us. It’s how the team started more than 20 years ago.”

Crow has put more than 63 percent of the capital raised for the strategy to work, predominantly in the US Southeast, Southwest and Mountain regions. Industrial – mostly through new development – and multifamily assets each account for 40 percent of deployment; Crow has focused on those two property types for close to a decade while eschewing office, retail and hotels because of their capital-intensive nature. Levy said this focus drove investor interest in Fund IX at the height of the pandemic, leading the firm to raise the hard-cap on the vehicle from $2 billion to $2.3 billion.

Almost 70 percent of the capital came from returning investors, with the balance coming from first-time partners met exclusively through virtual platforms, according to Coe Juracek, managing director of Crow’s investor coverage group. Commitments came from North America, Europe and Asia across a variety of investor types, including public pensions, endowments, foundations and high-net-worth individuals. The Illinois Municipal Retirement Fund and South Carolina Retirement System each committed $100 million to the fund, according to PERE data.

Launched in late 2019, Fund IX held a firm record-setting first close of $800 million in early March 2020, Juracek told PERE. When covid-19 struck, many institutional investors put new commitments on hold. Rather than do the same, Crow continued to raise and deploy capital, he said, which ultimately won it a spate of new investment and development partnerships.

“The success of this fundraise was a vote on Crow Holdings Capital as an investor,” Juracek said. “Through the course of the raise, our partners believed in the opportunities we’ve been focusing upon. And our investment team was relatively brave during these challenging 18 months – they saw tremendous opportunity in the market and our fund partners saw the strength of those opportunities, too.” 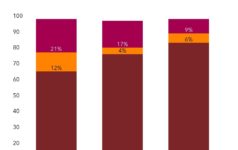 LP Tearsheet 16 hours ago
Added to your Saved Articles
Loading
Unsave Article
Please confirm you would like to remove this article from your saved articles.
Share with other subscribers
Only logged in subscribers of this site will be able to access the shared article.