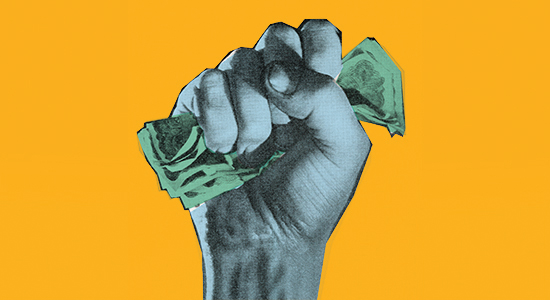 Coronavirus is causing upheaval across financial markets, with the Dow, S&P 500 and Nasdaq all recording significant drops this week.

But the financial impact of the rapidly spreading virus is moving into other areas, and wages and bonuses are the latest to be hit.

On Wednesday, Singapore’s Temasek announced a slew of enforced and voluntary ‘salary restraint measures’. The $231 billion government-owned investor, one of the world’s biggest institutional investors, is to implement a company-wide wage freeze for April. It added that the duration of the freeze would depend on market conditions.

Its senior management, including managing directors, will see cuts of 5-15 percent in their annual bonuses. Temasek is also asking senior staff to sacrifice as much as 5 percent of their base salaries for up to a year, the proceeds of which will be matched dollar-for-dollar by Temasek and channeled to volunteer initiatives. Temasek is the world’s fifth largest institutional investor in private real estate, according to PERE’s annual Global Investor 50 ranking, with $41.21 billion in equity committed. In 2019,  17 percent of the state fund’s portfolio was allocated to the consumer and real estate sector combined.

Temasek said the move was a “demonstration of the firm’s ownership mindset, sharing gains and pains alongside its shareholder and supporting wider communities”. In its announcement, the firm reminded people of how it had implemented similar measures during the 2003 SARS outbreak and the global financial crisis in 2008.

By Wednesday, there were nearly 82,000 confirmed cases globally, of which just 93 were in Singapore. As such, some people in the private real estate sector are viewing the decision by a government-owned entity as a symbolic move to help limit the potential economic damage to Singapore. Temasek, which has always been quick to point out it is not a sovereign wealth fund, would disagree.

Temasek’s portfolio has plenty of exposure to China. As of March 2019, 26 percent of its assets under management were in the country, the fund’s joint largest geographic exposure alongside its 26 percent exposure to assets in Singapore.

Naturally, there has been a ripple effect for Temasek-backed real estate companies. For example, the Singapore-listed developer and manager CapitaLand, in which the state fund controls a 51 percent stake, laid out similar measures this week in its own “show of togetherness and solidarity with its stakeholders”.

All CapitaLand staff at the managerial level and above will have a wage freeze for six months, starting in April. CapitaLand owns 258 properties across 62 Chinese cities, and 51 of them are retail assets, one of the worst affected sectors. The firm intends to use a portion of its management’s compensation to provide rental rebates, marketing assistance and other relief measures to its retail partners in China and Singapore.

When businesses come under financial pressure, initial cuts traditionally center on operating expenses, travel and entertainment spending, executive bonuses, and postponements of new hiring. Many firms across the world that have been affected by the coronavirus could initiate their own strategic capex cuts if the outbreak continues into the third quarter.

The impact on compensation might be an exclusively Asian affair today, but then so initially was the virus.

PERE would like to hear  how your firm is dealing with the economic impact of coronavirus. Email Arshiya Khullar at akhullar@peimedia.com

PS: We are currently gathering data for the PERE 100 annual ranking of the world’s largest managers. Reach out to daniel.r@peimedia.com in our research and analytics team If you would like to submit data for the ranking. All responses are confidential and used only for PERE 100 research