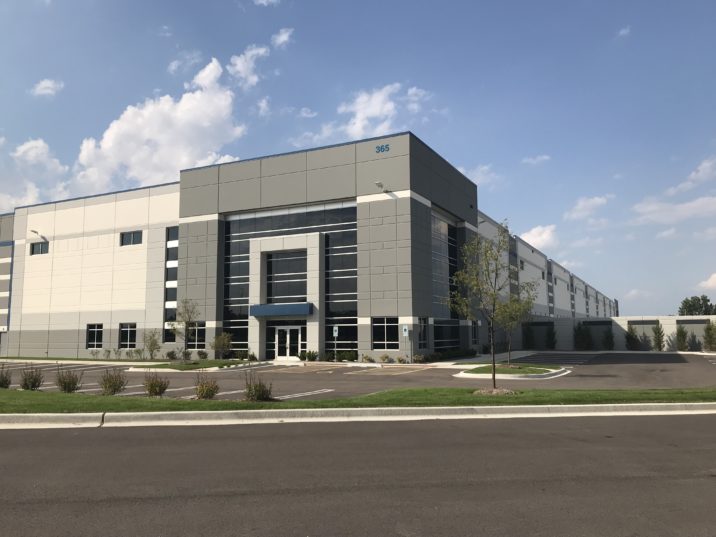 After losing more than 60 percent of its stock value since completing a merger with asset
management firm NorthStar Asset Management and public REIT NorthStar Realty Finance in 2017, Colony is turning itself around.

That turnaround is set to come via a recovery plan that includes disposing of assets not fitting its future focus: digital infrastructure. In its latest move to reposition the business, Colony agreed to sell its US industrial real estate portfolio, which originally came into the firm’s possession via the 2014 acquisition of industrial real estate firm Cobalt Capital Partners. Colony Industrial, which includes 465 last-mile logistics properties, was acquired by Blackstone for $5.9 billion in late September. The deal, struck just a month after the firm put the industrial portfolio up for sale in August, is expected to give Colony aggregate net proceeds of more than $1.2 billion, the firm said.

The repositioning and divestment plan was in response to the underwhelming performance of the three-way merger with NorthStar Asset Management and NorthStar Realty Finance that closed in early 2017.

“The results have been disappointing, and that’s the bottom line,” Colony founder Tom Barrack said during a 2017 fourth quarter earnings call.

The merger, intended to position the firm as a diversified real estate player, was not valued by the public markets as evidenced by the 60 percent drop in share price. Colony’s trajectory has been in flux since, with chief executive Richard Saltzman resigning in November 2018 and Barrack coming back as CEO to put the company on a new path. He outlined a plan where the firm would pivot to digital infrastructure assets such as data centers and cell towers – and exit investments outside of these. In June 2019, Colony acquired global digital infrastructure owner Digital Bridge Holdings for $325 million. In tandem with the acquisition, Colony also announced that Digital Bridge founder Marc Ganzi would take over as Colony CEO in 2021.

Since then, Colony has made progress. In addition to agreeing to sell its industrial portfolio in late September, the firm also exited its stake in the NorthStar Realty Europe Platform to French insurance platform AXA-Investment Managers Real Assets, which transferred the platform and the portfolio of prime European offices valued at €1.1 billion. Having struck those deals, Colony is on track to exceed $500 million in net proceeds from the sale of non core assets in 2019, according to a presentation to the Bank of America Global Real Estate conference, held in September.

Colony was approximately 30 percent allocated to digital infrastructure assets, according to a September 30 note from investment bank B Riley FBR. After the Blackstone deal closes, that allocation will rise to 35 percent. The firm aims to reach a digital real estate allocation of 50 percent by the end of 2020 and 90 percent by 2021. When successor Marc Ganzi takes over the business 18 to 24 months from now, he is expected to be leading Colony 2.0 – a business with a drastically different portfolio composition.

Selling with a tail-wind
To meet its 2021 goals, Colony still needs to sell off hospitality and healthcare real estate portfolios, accounting for approximately $7.8 billion in assets, or 18 percent of the total $43 billion asset base reported as of June 30, 2019. The healthcare portfolio comprises 413 properties, valued at $3.9 billion as of June 30, according to the firm’s reports. It was inherited from NorthStar Realty Finance, which acquired healthcare REIT Griffin-American in 2014, and comprised 18 percent medical office buildings, 6 percent hospitals, 35 percent nursing facilities and 41 percent senior housing.

The current healthcare real estate market broadly gives sellers an upper hand, according to alternative property investment firm Virtus Real Estate Capital managing director Matt Withey. A large amount of capital has been raised for medical offices, and many investors have had difficulty finding opportunities, he says. Demand is driven by shifting demographics where an increase in the elderly population is expected to drive
appetite. Whether the demographic drivers continue to prevail rests partly on whether increased supply leads to oversupply in certain markets as well as rising labor costs, he warns.

Nursing facilities, which account for 35 percent of the Colony healthcare portfolio, might prove to be more challenging to exit, according to Withey. While the sector benefits from similar demographics, its exposure to government payer programs – such as Medicare – for reimbursement complicates things, Withey says. Despite that, Withey believes those looking to sell healthcare assets will still find demand in the current market. Sovereign wealth funds and large institutional pensions are two institutional groups looking to place money into the sector, he observes.

“We’ve seen very large investors look to get exposures to these asset classes. A number of these will end up putting together partnerships with other companies to act as their operating partners.”

Colony will need to be strategic in disposing of its healthcare assets, as any time a large portfolio is put up for sale, asset quality is unlikely to be uniform, Withey adds. Paring harder-to-sell assets with higher-quality core properties in one packaged deal will be one way to a cleaner exit from the sector, he says.

Colony should have few challenges in exiting these, as hospitality portfolios continue to be in demand, according to research firm Green Street Advisors senior analyst Lukas Hartwich. In the current market environment, there are many private equity buyers for large portfolios of hotels, he observes.

“In hospitality, there’s demand globally for yield,” Binner says. “When you think about the yield, those types of properties can offer and the cap rate opportunity there, it could be very attractive to investors outside of the US.”

An example of that international activity occurred last month when Singapore’s sovereign wealth fund GIC bought four US hotel assets via a joint venture with Summit Hotel Properties for $249 million. A month prior, AXA-IM Real Assets purchased a €545 million  European hotel portfolio from Des Moines-based manager Principal Real Estate. Colony’s next iteration will begin with the unraveling of its non-digital real estate exposures, collected over the years. Fortunately for the firm, the timing of the exits comes with tailwinds from a real estate market flush with dry powder and keen to diversify into the areas in which it is selling.