Between 2011 and 2017, Chinese outbound investment into global real estate skyrocketed tenfold. Organizations such as sovereign fund China Investment Corp and Anbang Insurance made their mark on the world stage with multi-billion-dollar purchases such as the Waldorf Astoria in New York. Much of this was fueled by borrowing – over the same period, total Chinese debt surged from 200 percent to 250 percent of GDP.

Then came the Chinese government’s crackdown on the shadow banking system. Regulations on bank lending and asset management, coupled with a gradual tightening of liquidity in the financial system, took the air out of the world’s second largest capital exporter. Excluding flows to Hong Kong, overall outflows dwindled quickly from $31 billion in 2017 to $4 billion in 2019.

Meanwhile, domestic investment into standing assets in China fell by a third, allowing global investors an opportunity to grab a slice of Chinese real estate, with cross-border volumes growing by a third over the same period. Tellingly, Chinese investors made up seven of the top 10 largest sellers in 2019, but only one of the top 10 buyers.

The $25 billion fall in outbound investment and $10 billion fall in domestic investment are but a drop in the ocean compared with the $200 billion increase in investment in development sites, which rose sharply from 2016-17 and has remained elevated at around $600 billion per annum since then. Residential land prices have soared, beginning with Tier 1 and 2 cities, and more recently even in lower-tier cities. 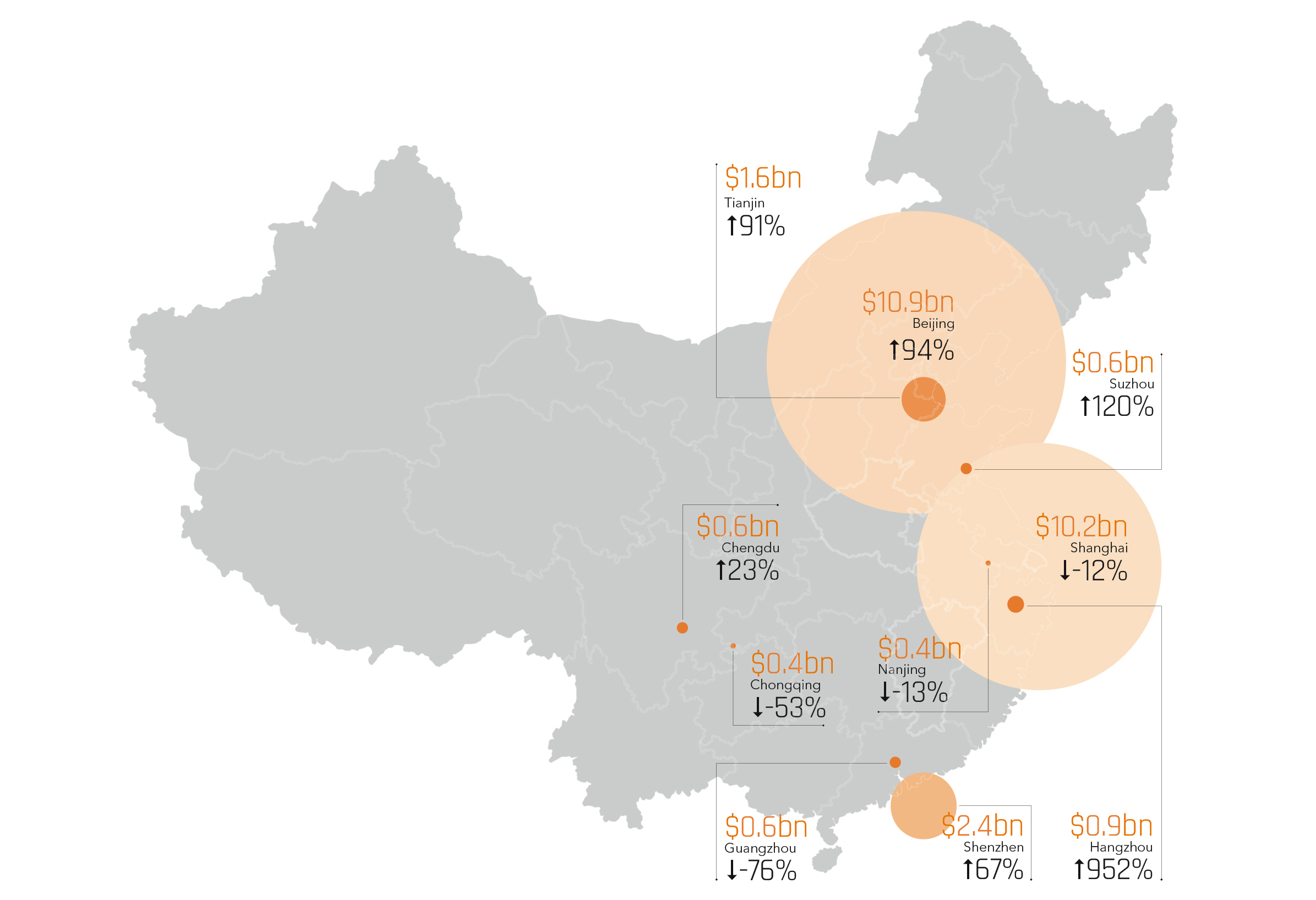