One month after the deadly coronavirus broke out in China, the first impacts on the country’s real estate markets are now plainly visible.

Predictably, retail and hospitality, sectors subject to high levels of footfall and rental income contingent on use, are the heaviest hit.

And with the city of Wuhan in the Hubei province at the epicenter, the affected radius for commercial properties widens with the infection count – more than 28,000 people globally as of yesterday, according to the China National Health Commission.

CapitaLand, which became Asia’s biggest real estate investment manager last year, has now temporarily shuttered six of its malls – four in Wuhan and two in Xian. The Singapore-based manager has also waived the cancelation fees of The Ascott, its wholly owned lodging unit, and hired support services to facilitate the disrupted travel plans of its customers.

Others, including fellow Singapore-headquartered manager ARA Asset Management, are yet to reach for their locks, opting rather to slash rents or provide other incentives to tenants. The firm says it is too early to offer a forward-looking performance outlook, but downward it will no doubt be. ARA, which has no direct Wuhan exposure, has taken this measure in the face of footfall in its China malls plummeting 70-80 percent, the firm told PERE. Given retail leases often are contingent on sales the firm has little choice.

Travel bans proliferating from the country are also hitting the overall Asia hospitality sector with stays and event bookings down. Close to home, PERE’s own Asia Summit conference, already relocated to Singapore from Hong Kong following the latter city’s recent protests, was this week postponed to June after delegates and speakers alike were prohibited from travelling. The 700-plus delegate event, to be held in Singapore’s Grand Hyatt, is one of Asia’s biggest real estate conferences. Elsewhere, a BBC report this week described international hotels offering guest refunds.

Rightly, institutional landlords are getting their first public responses to the crisis out quickly and these point to both performance hits on reduced revenues but also unscheduled outlays. Indeed, both CapitaLand and ARA have forecast an expected upswing in capital expenditures in affected properties, including temperature checks, more intensified disinfecting and cleaning operations and providing hand sanitizers and face masks to the buildings’ users. Those measures are an obvious start.

And while these opening ground-level measures are taken, the 1,000-foot view is darkening with analysts slashing China’s already slowing GDP forecast, from last year’s 6.1 percent to as low as 4.9 percent, as offered by the Economist Intelligence Unit. This malaise will no doubt be relevant to other Asia markets. As the saying goes: when China catches a cold, its neighbors get sick.

As CapitaLand and ARA told PERE this week, Asia’s biggest managers are essentially taking a ‘wait and see’ approach to the epidemic. They with meaningful interests in Chinese real estate currently have little other choice. 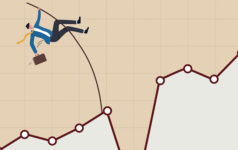