PERE
Home News & Analysis PERE 100: GLP on cashing in on the logistics boom
Return to search 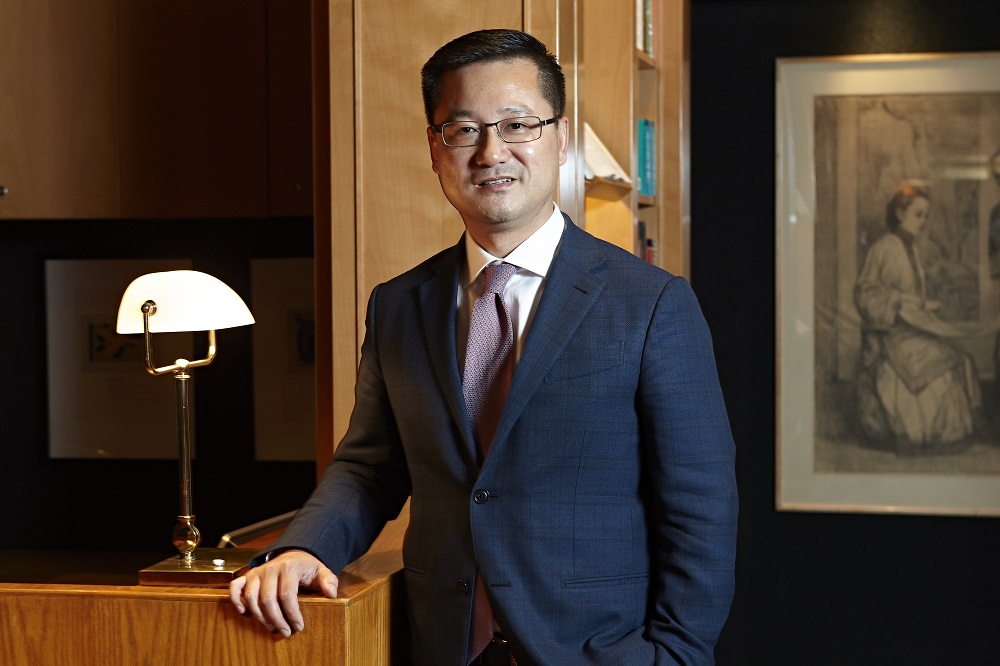 In a ranking dominated by North American firms, a Singapore-headquartered logistics company stands out. But while this year marks the first time an Asian firm has broken into the top five, GLP’s prominence in this year’s PERE 100 has plenty of logic.

GLP is the only sector-specific firm among industry heavyweights like Blackstone, Brookfield Asset Management, Starwood Capital and Carlyle. The firm has also raised the most new capital for its five-year aggregate haul among all top five firms between the releases of PERE’s 2018 and 2019 rankings. GLP garnered a net extra $6.5 billion for value-add and opportunistic strategies, increasing its total from $10.6 billion as collated in the 2018 rankings, to $17.1 billion this year.

Around 16 months ago, GLP delisted from the Singapore exchange and began its journey as a private firm under the leadership of co-founder and chief executive Ming Mei. The firm has continued its growth, completing all the pieces in the global logistics jigsaw, from its first European vehicle to its first Japan development-focused commingled fund to making its long-awaited entry into India.

“Being private or public has not changed our trajectory,” Mei tells PERE when asked if the transition had supercharged the firm’s fundraising momentum. “Being private gives us the ability to focus on more medium and longer-term initiatives. In that sense, it does help. [But] the success we had in 2018 was years in the making; it didn’t happen overnight.”

Nevertheless, the growth in GLP’s product offerings has been accompanied by a growing investor base. PERE understands the number of investors working with GLP has doubled over the last 18 months. Vancouver-based QuadReal, the real estate company owned by Canadian pension plan bcIMC, for instance, committed undisclosed equity to GLP Continental Europe Development Partners I. Chinese insurer China Life Insurance was the sole investor in the GLP China Value-Add Venture I. Meanwhile, longstanding partners like Singaporean sovereign fund GIC and Canada’s CPPIB have continued to commit meaningful capital.

“The majority of the capital still comes from investors we have worked with over the years,” Mei says.

GLP’s fundraising success is also attributable in huge part to the popularity of logistics as an asset class. In 2018, it was the stand-out property type. In sector-specific fundraising, it had a total capital raise of just over $12 billion, $2 billion more than the next highest, multifamily residential. In Asia – GLP’s strongest region in terms of AUM – logistics was the second most preferred sector for the third year in a row, behind the office sector, according to industry body Asian Association for Investors in Non-listed Real Estate Vehicles.

Mei agrees the stable and recurring income profile of logistics is attracting increasing numbers of investors versus other real estate sectors. But in his view, this is also because logistics has changed. Mei says, logistics is “no longer just a function that no one can see, but actually a service that people pay a premium for, based on quality, speed and service.”

He also believes investors have become more advanced in their underwriting. “Investors are getting sophisticated in asking the right questions: whether the team has a proven track record and corporate governance, whether they have the capability to source land, do leasing or manage operations better. At the end of the day, it is no longer just a directional bet. It is more about who can operate and manage the assets better than anyone else.”

Ensuring the logistics portfolio is resilient against global macro headwinds is also a key differentiation. Industry observers anticipate ongoing tariff wars between the US and China, for example, could impact the revenue model of Chinese warehouses closely involved in the import and export business.

Mei acknowledges these concerns but says some of the firm’s port facilities have not seen any material impact so far. He also points out more than 90 percent of GLP’s facilities are now dedicated to domestic consumption, a conscious repositioning strategy started by the firm more than a decade ago.

To meet growing institutional investor appetite for the sector, GLP and its logistics peers are also shifting from a dependence on development and exploring new avenues of acquisition. One of GLP’s Asian competitors, e-Shang Redwood, for instance, has been actively using the M&A route, particularly in Australia. In April, the firm completed its takeover of the Australian office and industrial manager Propertylink. GLP too has used that route; to cement its foothold in Europe,  it acquired Gazeley, a logistics real estate business with 32 million square feet, for $2.8 billion in November 2017.

“Difficulties in building scale within the sector have also led to more portfolio transactions and entity level deals. Industrial and logistics Real Estate Investment Trusts and managers have become the latest target for buyouts or M&A from major investors and private equity funds.”

GLP is also pursuing different types of investment structures. Take, for instance, the single-investor GLP China Value-Add Vehicle, for which GLP and GIC are targeting $2 billion in assets under management once the vehicle is fully invested and leveraged. GLP was looking to recycle capital, which meant partnering with investors that wanted exposure to its stabilized portfolio of logistics assets in China. GLP did not need to do a roadshow for this capital raise, Mei says, and GIC’s commitment was finalized with relative ease.

There are times when GLP wants to open a new investment strategy to a new group of investors and that is when it opts for a club deal or multi-investor vehicle. The most recent example is GLP’s first commingled fundraise for a Japan development strategy. In December, CPPIB was revealed as the cornerstone and largest investor, with a $696 million commitment. GLP Japan Development Partners III also has other pension funds and sovereigns as backers.

GLP is not limiting its capital raising efforts to private vehicles. The firm has reportedly started to file for an IPO of its US assets, planning to raise up to $3 billion via the share sale, according to a Wall Street Journal report, which GLP declines to discuss.

The news prompts the question: which is the most suitable vehicle for a scalable logistics strategy: listed vehicle or a private fund?

“For mature markets in developed economies where there is core income, a public REIT makes sense because it has been proven. A lot of vehicles want to have the liquidity of a public REIT. That said, there is still a lot of capital that does not want exposure to the fluctuation in the public market because it wants to focus on yield and cashflow,” Mei says. “There is no one strategy that fits all. Different investors have different appetite.”