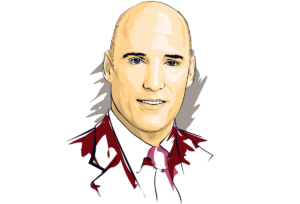 Given how plagued the office, retail and hotel sectors have been since the pandemic struck, the executives working for the US real estate business of Carlyle Group are feeling vindicated about a strategy determined three years ago.

These mainstream property sectors are part of most diversified institutional-grade real estate portfolios. But they do not feature prominently in the portfolio of the Washington, DC-based private equity firm.

According to transactions house Real Capital Analytics, deal volumes in US office, retail and hotels have fallen by 60 percent, 58 percent and 82 percent year-on-year, respectively, in Q3 2020, fueling the negative sentiment that has been choking these sectors since covid-19 spread around the world in March. Until the start of the year, no one could have predicted a global health crisis would trigger the next recession. Even less foreseeable was that crisis’s disproportionate impact on certain property types, with office work, indoor shopping and travel brought to a screeching halt.

Three years ago, Carlyle decided to stop investing in these three sectors as part of a strategic portfolio reconstitution aimed at better positioning the business for a downcycle. It might look like Carlyle read the writing on the wall before anyone else. But for Robert Stuckey, its managing director and head of its US real estate funds, the decision was based on a systematic approach of evaluating the risk framework of different sectors.

“We tend to identify aspects of real estate that retain value, even during recessionary conditions,” Stuckey tells PERE. “In our experience, cyclical risk is the paramount risk – and the ultimate factor – dividing sectors and geographies during times of distress.”

Distress is not uncharted territory for Stuckey. As the leader of Carlyle’s US real estate business since 1998 – that is 22 years and counting – Stuckey has weathered two prior recessions: the dot-com bubble and the global financial crisis, and countless cyclical downturns besides.

“It takes years to prepare for a recession and that preparation for Carlyle began over three years ago. It started with avoiding cyclical sectors. We believe having a strong sector allocation put us in a strong position to manage our portfolio,” Stuckey says of the firm’s positioning in the current crisis.

This preparation is significantly influenced by Stuckey’s firmly-held view – one he reiterated several times during a virtual interview with PERE in October – of how real estate should not be thought of as a monolithic asset class. Real estate demand is driven by several factors. Stuckey believes sectors driven by GDP such as offices, hotels and retail properties, for example, are highly cyclical. Meanwhile, demographic-driven sectors include residential strategies, while sectors like industrial and data centers are driven by technological trends. Carlyle’s central thesis is to invest in strategies based on demographic and technological themes.

As such, he says: “What some would call niche sectors, we call mainstream.”

Not only has Carlyle – with a US real estate asset base of more than $16 billion – not invested in hotels, offices or retail assets for three years, it has also “sold nearly all that it owned in the firm’s legacy positions,” claims Stuckey.

Covid-19 has raised existential questions about the future of offices, a market estimated to be worth $2.5 trillion  within the $16 trillion US commercial real estate market, according to FS Investments.

Stuckey was sitting in Carlyle’s Washington, DC office while speaking to PERE over a Zoom call. He is part of a small fraction of the US workforce that has partially resumed office working. The road to a full recovery, however, is long, uncertain and highly dependent on the timing of an effective vaccine. In its absence, covid-19 has raised existential questions about the future of offices, a market estimated to be worth $2.5 trillion and the second-largest property type within the $16 trillion US commercial real estate market, according to FS Investments, a US-based alternative asset manager.

Some of the migratory trends adversely impacting major office markets, however, were already in effect pre-pandemic. As Stuckey points out, the movement from urban to suburban locations and focus on affordability, in which state and local taxes come into play, all influenced Carlyle’s strategy. “The office sector has a high correlation with GDP,” he adds. “After considering current capital expenditures, operating margins are relatively low. From a demand-supply perspective, the age cohorts that use offices are generally not going to grow in the next 10 years.”

“These age-restricted apartments with services target the age cohort between 70-80 years. This is the fastest growing age cohort in the US, growing at 4.5 percent over the next 10 years,” Stuckey says of the sector’s untapped potential. “The US has about 100,000 active adult units, which is small relative to potential demand.” Carlyle has already made 66 separate investments in this sector, comprising about 12,000 units under development, or operating, making the firm the largest owner of active adult properties in the US.

This focus on niche is being pursued across the risk spectrum. Carlyle is currently in the deployment phase for Carlyle Realty Partners VIII, the latest in its flagship opportunistic fund series, which closed on $5.5 billion in 2018. According to a June 2019 quarterly fund presentation obtained by PERE, Fund VIII’s equity had been invested in 62 multifamily residential deals, its largest sector allocation; 17 industrial deals; 16 active-adult properties; eight self-storage assets; and some student housing, senior living and for-sale residential properties.

Not all alternative sectors have remained immune to covid-19’s impact, however. Harsh lockdowns have led to most universities shuttering and shifting to virtual learning, raising questions about the implications on the future potential of on-campus student housing assets. As of June 30, 2019, Carlyle’s Fund VIII also had about $80.2 million in equity exposure to three student housing assets.

But some real estate industry experts remain optimistic about the asset class. Jeanette Rice, head of multifamily research for Americas at CBRE, said in a June roundtable on student housing that the sector had actually “held up better than many in the industry thought would have happened.” Occupancy rates and rent collections, for example, remained resilient in the months after March.

According to the findings of a CBRE survey, shared by Rice, rent collection for American companies that represented 460,000 student housing units averaged 93.2 percent as of late June. She also noted how physical occupancy rates for on-campus housing remained between 40-60 percent in March and April, contrary to expectations. A huge factor contributing to the positive fundamentals was the fact that 92 percent of all international students in American universities ended up staying in the US, instead of flying back to their home countries and taking classes remotely.

Peter Stoll, the head of Caryle’s European real estate business, sees the strategies underpinning such a multi-asset investment pipeline as a product of Stuckey’s granular and quantitative approach to real estate investing. “This is literally hundreds of real estate deals in a carefully mapped portfolio with exposures to the sectors he particularly likes,” he says.

Stoll, whose joining Carlyle from rival Blackstone in 2015 represented something of a re-boot for the firm’s efforts in the sector in Europe, says he was quick to see Stuckey’s longer-established US business as offering a “playbook” from which he tries “to take as many pages as we can for our European value-add and opportunistic investing.” He adds: “In Europe, we have a more platform and aggregation mindset. But we’ve learned a lot from our US business.”

Carlyle also operates an open-ended, core-plus vehicle, the Carlyle Property Investors fund. The vehicle’s portfolio, according to a US consultant, comprises life sciences, industrial as well as varied living strategies like medical and manufactured housing. The firm made an SEC filing in July 2020, listing the total capital raised for it as $2.9 billion, which signals the fund was successful in raising new institutional capital, even during the pandemic.

Carlyle’s strategy could well shape up to be resilient in the aftermath of the pandemic. However, before March, some would have viewed the no-office, no-retail, no-hotel sector stance as a contrarian position, especially for a manager operating diversified billion-dollar plus vehicles. “It is a distinctive position, to be sure, because these sectors comprise 60 percent of all real estate activity,” acknowledges Stuckey.

But the position is yielding results for Carlyle’s investors. In the firm’s Q3 2020 earnings call, chief executive and director Kewsong Lee attributed the performance of the US real estate funds, which were up 3 percent in the quarter, to “disciplined portfolio construction, resulting in virtually no direct exposure to the hard-hit office, retail and hotel sectors.”

Carlyle’s performance, track record and the continuity of Stuckey and his team’s tenure has helped maintain its position as a mega US manager. Carlyle Realty Partners VIII is the firm’s largest-ever real estate fund so far. In this year’s PERE 100 ranking of the top 100 private real estate managers, Carlyle came in seventh.

What the industry has not seen Carlyle do at least in recent years, however, is close multi-billion-dollar, headline-turning transactions like Blackstone, Brookfield and other fundraising giants. When asked why Carlyle has kept away from making such large-scale conviction plays, Stuckey responds in a characteristically measured style: “We do not define ourselves based on pursuing large or small deals. We pursue value and we think of it on a risk-adjusted basis.”

Inflation is not deterring development