The Toronto-headquartered mega-manager has hit its target of $17 billion, managing partner and chief financial officer Bahir Manios told investors on the firm’s Q3 2022 earnings call. Brookfield launched the fund in April 2021, according to PERE data, and held a first close of $9 billion in August, PERE previously reported.

Brookfield’s blockbuster fundraise demonstrates the appeal of real estate and other hard assets during a volatile market environment. “Private real assets have proven to be a safe haven, further enhancing their appeal to investors,” chief executive Bruce Flatt said on the call.

That will put Brookfield in an advantageous position as many major economies are set for a recession, meaning access to capital could become more difficult going forward, Flatt said.

The firm believes there will be distress upon which to capitalize. “Real estate is almost a tale of two cities,” Flatt said. “It always has been, but I think in this environment, the gap has widened between premier everything and poor-quality things.” He explained that opportunities to acquire good quality assets in troubled situations are likely to appear as borrowers, unable to make their debt payments, hand assets back to lenders.

Brookfield, given its position in the market, is focused on the best quality real estate and that will not change with this deployment cycle. “We have always had a strategy of focusing on the best of the best,” Flatt said. That includes segments of the retail real estate market, with Flatt noting retail sales in the US are up 30 percent from pre-covid numbers and high-quality centers are performing even better than that. 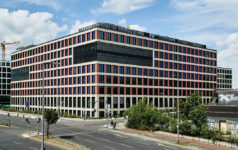