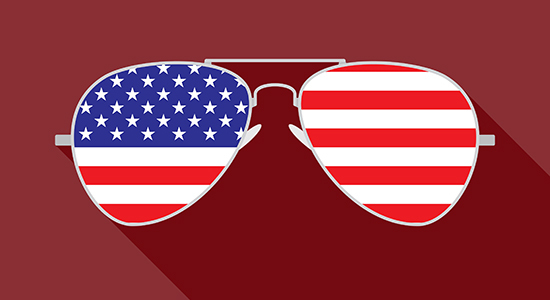 Meet the new boss
Despite President Donald Trump’s insistence that he is the rightful winner of last week’s election, the global business community has accepted Joe Biden as president-elect, signaling that a most tumultuous era in US political discourse may be near its end. But what does this mean for private real estate?

On Monday, the first day of equity trading since the race was called for Biden, listed real estate had a banner day. Top mall REIT Simon Property Group closed the day up 28 percent, Host Hotels & Resorts rose 30 percent and office giant SL Green climbed nearly 37 percent. But those animal spirits likely had more to do with the promising results from a covid-19 vaccine trial announced by pharmaceutical giant Pfizer.

Seller’s market
Uncertainties around pricing have been blamed for a lack of transactions in recent months. But groups willing to sell quality assets can do so for a premium. Investcorp did just that with a portfolio of eight US multifamily properties, PERE has learned, which it just sold for $900 million. The portfolio consisted of garden-style apartments and townhouses in inner-ring suburbs near large cities. Michael O’Brien, head of real estate acquisitions at Investcorp – which was founded in Bahrain but is now based in New York – said his team had initially been looking to acquire more such properties in July but found buying opportunities to be few and far between. “There was a lack of supply of new product at that point, which we believe led us to achieve exceptional pricing on this portfolio,” he told us.

Public pensions join URW battle
The California Public Employees’ Retirement System and State Board of Administration of Florida have thrown their support behind a Unibail-Rodamco-Westfield business plan proposed by REFOCUS, a European investor group led by Aermont Capital founder Léon Bressler and French telecom billionaire Xavier Niel. At the Paris-based shopping center REIT’s general meeting today, the two pensions have agreed to vote against a €3.5 billion rights issue that is part of the rival RESET business plan proposed by URW’s supervisory board and in favor of electing Bressler, Niel and independent candidate Susana Gallardo to the URW board. In addition to the board elections, the REFOCUS plan’s recommendations include refocusing URW’s business on prime European shopping centers.

Top markets
London was Europe’s top investment market by a significant margin between Q4 2019 and Q3 2020.

The Goldilocks of logistics
What do you call logistics property that is neither big-box nor last-mile? ‘Mid-box’ of course. That is the idea of ARA Dunedin, the joint venture between ARA Asset Management and Dunedin Property Asset Management, for an incoming UK-focused, discretionary logistics fund, PERE can reveal. With a value-add risk-return profile, the Mid Box Logistics Fund is slated for launch in the New Year and is expected to be deployed initially into logistics units outside of England’s highly competitive London, South-East and Midlands ‘Golden Triangle’ distribution hotbeds. Watch out for further coverage on PERE over the coming days.

ESG in focus
In the heated race for ESG dominance in real estate, Blackstone is doing what it does best: using its mountain of resources to create a benchmark-setting advantage. The New York-based mega manager has hired Eric Duchon for the newly created role of head of global real estate ESG and pledged to build a team focused on sustainability and social responsibility specifically within the asset class. To our knowledge, this makes it the first multi-disciplined asset manager to do so. Duchon, who joins the firm from LaSalle Investment Management, will oversee efforts to cut carbon emissions at newly acquired properties and encourage diversity both at Blackstone and its portfolio companies. Read more about Blackstone’s ESG efforts here.

Going digital
Today begins a two-week stretch of online conference events with day one of PERE America: Virtual Experience 2020. The day is full of insightful conversations and networking events, all adapted for this digital era. The day opens with a keynote panel featuring executives from Brookfield, CIM Group, Black Creek Group and Harrison Street at 10am; at noon it’s our keynote interview with Colony Capital’s Marc Ganzi; and we end the day with our LP panel, which focuses on building resilient portfolios. You can register here.

Time is winding down to make nominations for the 2020 Global PERE Awards. Enter submissions here.

Wellcome home for Urban & Civic
One investor to take advantage of the decline in the market capitalizations of listed real estate companies has been research charity The Wellcome Trust which agreed the privatization of UK land developer Urban & Civic (see the full announcement here) in a deal valuing its shares at £506 million ($664 million; €562 million). The deal reflected a 63.5 percent premium on the closing price on November 5, but stockholders in the master-planning specialist would still only benefit from a valuation comparable to that in February, before covid-19 was declared a pandemic.