“The truth is that prior to this deal we were second-tier. The world in which we want to operate is the first tier” 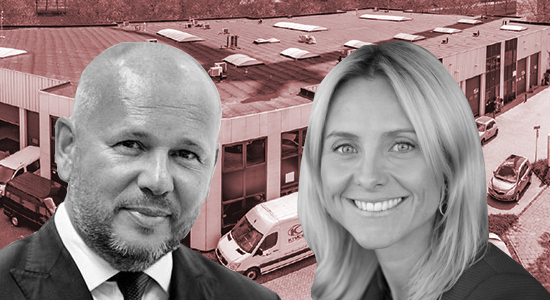 Team spirit
Before the deal, there was the scrum. Jo McNamara and David Matheson, Oxford Properties’ head of Europe and executive vice-president of Europe and Asia-Pacific, respectively, were already well-acquainted with M7 Real Estate executive chairman Richard Croft and chief executive David Ebbrell before they sat down for breakfast at the Arts Club in London in late October to discuss a potential acquisition. Brought together by Eastdil and Stuart Gibson, the CEO of ESR, the group’s one-hour meeting was meant to be an exploratory conversation about Oxford acquiring the logistics specialist, but the parties left knowing they wanted to pursue the deal. Prior to that, though, the groups knew each other not only as fellow real estate professionals but also as players on the same co-ed touch rugby team, which was formed nearly two years ago and is led by M7’s head of IR, Nick Bradley.

A down year
PERE released its full-year fundraising data for 2020 this morning. The upshot is underwhelming compared with previous years, which was no surprise given the unprecedented volatility.

Fundraising for private real estate funds dropped 32 percent to $110.7 billion last year, the lowest volume since 2015. The number of fund closes hit a five-year low, too. Even opportunistic funds could not capitalize on widespread market dislocation, as they declined more than 50 percent year over year. Strategies targeting the less impacted logistics and residential sectors took the lion’s share of commitments – 81 percent – showing that demand was strong when there was certainty. Expect that to hold true for private real estate more broadly once the market outlook is clearer.

Big in Japan
Japan’s robust commercial real estate market has made the country a haven for foreign capital during the pandemic. Partners Group is the latest to jump on the bandwagon, having made its first direct acquisition in the country in five years with the purchase of Tama Center, a prime office building in Tokyo. Other foreign investors writing large checks in Japan in recent months include Blackstone and BentallGreenOak. The former bought a $1 billion portfolio from PAG in December while the latter plans to invest up to $10 billion in the country during the next three years.

Going for seconds
Although overall real estate secondaries investment was down nearly 30 percent year-over-year, core funds were in hot demand.

Divergent trajectories
Industrial assets overtook offices as the second-most transacted property type in the US in 2020, according to Real Capital Analytics’ Q4 deal volume report (link here). In a year when going to a mall was a public health hazard, demand for e-commerce distribution centers accelerated the rising liquidity in the logistics sector. Apartments remained the most traded property type and offices, crippled by uncertainty, fell to the third position.

Pumping the brakes
Although some see them as the next frontier in a post-covid world, JPMorgan Asset Management is bearish on suburban offices because they lack the “cluster effect” of their big city peers, according to a white paper released last week (link here). With green shoots emerging in biomedical research hubs such as Boston and even Manhattan, which secured commitments from Facebook and Amazon last year, the firm thinks there is wisdom in following the crowd.

Where is the floor?
The pain continues for physical retail. This week, e-retailer Boohoo bought Debenhams for a paltry £55 million ($75 million; €61.9 million) in a deal that disregarded the UK high street stalwart’s 118 properties. INREV’s Investor Sentiment Survey earlier this month ranked retail the fifth most appetizing property type, behind even general ‘development’. But certain managers have started whispering about corralling capital for retail conversion strategies at scale. One London-based manager who is exploring the proposition said it was too soon to discuss plans with investors, but they expect that position to change in the coming months.

What do you think? Has the falling knife of retail hit the floor yet? Send your thoughts and insights to kyle.c@peimedia.com