“So, the conversation shifted ‘from does this work?’ to ‘Okay, how do I access this?’ And now, oddly enough, people are asking, is it too late?”

Dana Hamilton, head of real estate of Pretium Partners, on the surge in investor demand for single-family rentals in PERE’s March cover story. 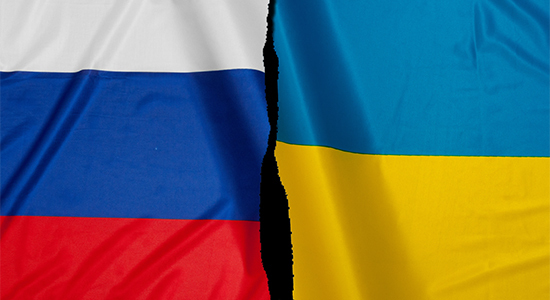 Float off?
Logistics powerhouse GLP’s $2 billion IPO plan could be delayed as Russia’s invasion of Ukraine continues to generate volatility across global financial markets. The Singapore-headquartered firm initially sought to list its fund management business in the first half of 2022 and has confidentially filed to hold a $2 billion public offering in the US. However, a Bloomberg report last week noted that the recent events in Ukraine could delay this process. Russia’s continued aggression has led to fluctuations in the global stock market. For example, MSCI’s gauge of world stocks has fallen 10 percent since early February. Aside from GLP, Reuters reported that Chinese fashion retailer Shein has also paused its US IPO, while GCP Co-Living REIT has delayed its London IPO.

More Russia fallout
MIPIM, the world’s largest property conference, is scheduled to return to Cannes, France after a three-year absence next week. While real estate professionals are expected to descend upon La Croisette en masse, noticeably absent from the crowd will be Russian delegates. The Russian pavilion – which accounted for less than 2 percent of exhibitors at MIPIM in 2019 – will be missing from the Palais des Festivals exhibition center this year. In a statement last week, MIPIM organizer RX condemned the Russian invasion of Ukraine and stated there would be no Russian exhibitors at MIPIM in accordance with local government sanctions. RX also added that Russia’s Sputnik V covid-19 vaccine had not been approved for entrance into France, thereby also barring industry professionals that had received the vaccine.

Houston’s Hines has a Russian problem
Russia’s invasion of Ukraine has prompted an increasing number of international corporations to cease activities in the country. That is easier said than done for landlords. Among Russia’s institutional-level landlords, none are higher profile than Houston’s mega-manager Hines, which currently has approximately 2 percent of its near $84 billion in assets under management there, including retail and office properties. A Hines spokesperson was quick to add to the widespread corporate messages of condemnation of the hostilities toward Ukraine and stated no new Russian investments would be made. “We do, however, have commitments made to our investors, partners, tenants and lenders and we are in discussions with them to determine the best path forward,” she said. Among the firm’s exposure is the Galeria mall in Saint Petersburg, of which it acquired a 50 percent stake with the California Public Employees’ Retirement System in 2013. The deal was believed to be valued at approximately $600 million from Morgan Stanley Real Estate Investing, the real estate arm of the investment bank.

Senior housing on notice
The US senior housing market is about to become a less friendly place for private equity investors. “As Wall Street firms take over more nursing homes, the quality in those homes has gone down and costs have gone up. That ends on my watch,” US President Joe Biden said in his State of the Union address last week. His comments came a day after the White House announced a litany of new rules and regulations for the sector [see the full list here] in a missive that accused private equity ownership of leading to worse outcomes for residents. The package includes increasing staffing requirements, greater oversight, stiffer financial penalties for rule breakers and the ability for the government to block certain groups from owning senior living assets. Federal agencies will also study the role of private equity, REITs and other investors in the sector. The move points to growing hostilities toward private, institutional involvement in residential markets from Washington.

New kid on the block
For all the talk about blockchain’s revolutionary potential, examples of the technology’s implementation have been relatively limited in the world of private real estate. Last week, Chicago-based LaSalle Investment Management shed some light on how it will be used. The manager retained RealBlocks, a blockchain service provider, to handle a wide swath of back-of-house duties [see the press release here]. The platform will be used for investor onboarding, digital document signing and administration of its recently expanded employee co-investment program [see our coverage here]. The distributed network technology will also play a key compliance role for LaSalle, enabling it to follow recently-enhanced anti-money laundering and Know Your Customer regulations.

Ice cold fundraising
Nordic specialist manager NREP has almost single-handedly institutionalized its domestic region. With the first close in its latest fundraise, NREP Real Estate Strategies V, it has closed on over $6.3 billion in commitments for its signature funds.

Manulife enters Japan
Toronto-headquartered Manulife Investment Management has partnered with Japanese real estate manager Kenedix to launch a multifamily joint venture as the investor continues to expand its real estate foothold in Asia. The vehicle is expected to be seeded with nine assets. Five of the properties are located in Tokyo and the rest are in the Greater Tokyo Area, Osaka and Nagoya, according to a release. This marks Manulife’s first standalone multifamily investment in Japan. The joint venture comes after Manulife acquired a stake in Hong Kong-based private equity real estate firm Arch Capital Partners last month to strengthen its third-party capital management business in the region.