“At the end of the day, those are shorter term leases, those are specialized operations and specialized assets, and if you can get any of these wrong, you can end up in a very bad place” 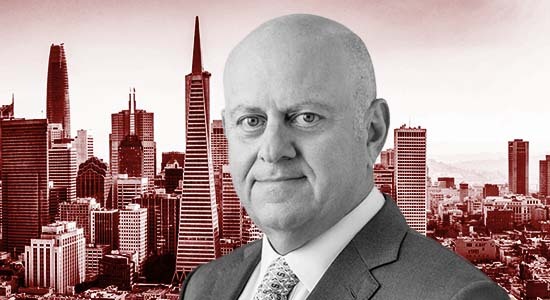 Prologis seals the deal
After weeks of will they, won’t they, San Francisco-based Prologis has finally prevailed in its pursuit of Duke Realty. In what will be the largest real estate transaction ever, Prologis will acquire the Indianapolis-based real estate investment trust for $25.6 billion in an all-stock transaction. The deal is expected to be completed by Q4 2022.

The sweetened offer – increased from just shy of $24 billion a month ago – finally won over Duke. The industrial behemoth also upped the stock exchange ratio, moving from 0.466x to 0.475x. “We gave pretty close to our best offer right off the bat,” Hamid Moghadam, chief executive officer, told investors on a call Monday. He added that Prologis had not received a counteroffer from Duke until very recently. The transaction will add a total of 165 million square feet across the US to Prologis’s over one billion-square-foot portfolio, with around 11 million of that in development projects currently underway.

Patria joins the real estate M&A party
High-profile real estate M&A deals have featured prominently in headlines across North America, Europe and Asia in recent years but had largely been missing in Latin America – until now. Patria Investments, one of the region’s largest alternative asset managers with $27.6 billion in assets under management, has agreed to acquire São Paulo-based VBI Real Estate in a two-part transaction. In the first stage, which is expected to close within 60 days, Patria will purchase 50 percent of VBI, which effectively will manage Patria’s real estate platform. In the second stage, which is slated to begin in the next two to three years, Patria will assume full ownership of VBI. The acquisition of VBI – which was founded in 2006 and currently manages approximately five billion reais ($1.1 billion; €0.9 billion) in assets – will increase Patria’s real estate holdings to $1.5 billion.

Rally cap?
The US commercial real estate market saw transaction activity slow sharply in April, with MSCI Real Assets tracking a 16 percent year-on-year decline in deal volume. The drop in activity could presage a broader cap on the rally seen in the commercial real estate market over the past year, where transactions have been surging as the US has started to emerge from the covid-19 pandemic. According to a report in The Wall Street Journal, higher interest rates and a slowing economy are primary culprits, with lenders tightening their underwriting standards at the same time. It is too early to tell if this is a transitory slowdown or a permanent shift for a market that has been on fire for the last year.

‘Dark green’ shoots in fundraising
London-based sustainable and impact investment firm Bridges Fund Management has just closed its largest fund to date, Bridges Property Alternatives Fund V, at its hard-cap of £350 million ($426 million; €408 million). The vehicle, which is now 50 percent deployed or committed, also counts a Dublin transaction as one of its investments – Bridges’ first outside of the UK. But those are not the fund’s only distinctions. Fund V also is one of only a handful of real estate funds to be classified as an Article 9 or ‘dark green’ fund under the Sustainable Finance Disclosure Regulation, which pertains only to funds with assets that are sustainable from the point of acquisition. Other Article 9 property funds include Patrizia’s Sustainable Communities fund, with a €500 million target, and BNP Paribas Real Estate Investment Management’s European Impact Property Fund, which had raised €300 million as of October 2021.

Dimmer prospects for office
The pandemic changed the way the world will work forever. However, many office owners have been banking on the return to the workplace preventing some of the short-term pain from becoming long-term. According to UBS Asset Management‘s latest global market outlook, that looks unlikely. Three-year projections for rent growth in the asset class are 0.4 percent, easily the lowest of the four main real estate food groups. Retail, once a sector largely shunned by investors, is projected to see 2.2 percent rent growth over the same period and has seen transactional volume return to 2018 levels, the report stated. Meanwhile, office valuations are stagnating, with declining CBD values and increasing suburban office values offsetting each other. How the tables have turned for the once top institutional asset class.

Not so industrial strength
Signs that industrial’s run will not last forever are showing in Asia-Pacific. According to CBRE’s June 2022 Asia Pacific Leasing Market Sentiment Survey, almost 90 percent of respondents reported that industrial rents had either stagnated or even decreased, compared with 60 percent in February.

Doran looks to make her MARK
Ex-Tishman Speyer real estate veteran Michelle Doran [her LinkedIn profile here] is moving on after 12 years at the New York-headquartered global manager. Doran is joining MARK, a London-based pan-European fund manager, as head of investor relations. The firm, with around €10 billion in assets under management, has yet to raise a fund since rebranding from Meyer Bergman in 2020. At the time of the rebrand, MARK said it intended to enter new sectors such as digital real estate and life sciences, as well as expand its existing residential and logistics platforms. Doran is expected to play a key role in fundraising for these new strategies, according to a release, having previously managed relationships with pension funds, sovereign wealth funds, insurance companies and family offices for Tishman. She most recently managed the structuring and launch of Tishman Speyer European Real Estate Venture VIII, securing €350 million in anchor commitments.

Europa Capital’s first CIO
Europa Capital has hired its first chief investment officer. The London-based manager has tapped ex-Aberdeen Standard Asset Management CIO of property Russell Chaplin [his LinkedIn here]. Chaplin will work alongside Europa managing partner Rob Sim to develop the firm’s investment strategy moving forward, as well as be involved in capital raising, according to a release. The firm is currently raising just one fund, its Europa UK Debt Fund III, having closed its sixth signature value-add fund in December with €595.6 million in commitments, according to PERE data. Chaplin most recently served as CEO of his own consultancy firm, Intrinsic Value Real Estate Advisers, having also previously worked in research and strategy roles at UBS Asset Management and Henderson Global Investors.

QuadReal’s health drive
Vancouver-based QuadReal Property Group is trying to figure out how focusing on health and wellbeing can benefit its $67.1 billion real estate portfolio. In collaboration with the Center for Active Design, a non-profit focused on the intersection of health and the built environment, the investor has published the inaugural Health Drives Value in Real Estate report. Referencing a tenant satisfaction survey from 60 properties and other data, QuadReal contends that healthy food access and operational considerations like air quality and stair improvements lead to tenants recommending their buildings to other prospective occupiers. Ultimately, the investor believes happy and healthy tenants can lead to increases in rents and consequently valuations. QuadReal and CfAD plan to expand the scope of their research next year. 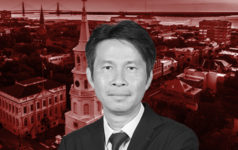