Ron Dickerman, founder of Madison International Realty, told PERE in a Q&A published last week, noting that cap rates are beginning to capitulate and activity is soon to be forced. Read the full interview here. 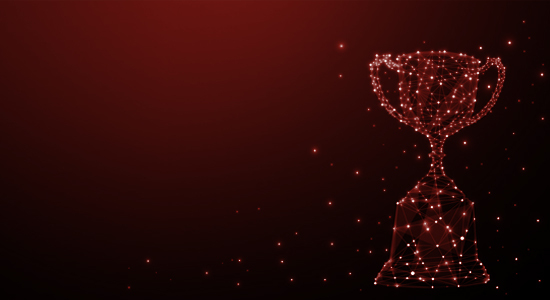 PERE would like to thank everybody who took the time to vote in our 17th Annual Awards. We are delighted to have collected almost 16,000 responses across the 72 global and regional categories – testament to the fine achievements of so many firms and individuals in a challenging year for the asset class and the market at large.

There have been some hard-fought battles in this year’s competition. The race for Global Logistics Investor of the Year was tight all the way through between three firms, separated by only a handful of votes until the end. Among the North America categories, the winner of Debt Firm of the Year has clinched it by a hair’s breadth, and Capital Raise of the Year was another particularly close call.

We will now busy ourselves verifying the final results. Look out for the winners’ roll call in the March and Annual Review issues of PERE.

It has been a week since the headline-grabbing announcement by Blackstone and UC Investments about the US endowment’s $4 billion equity infusion into the mega-manager’s biggest real estate fund, BREIT. While we are yet to witness a reversal of the private REIT’s net outflows status, the update has done little to harm parent company Blackstone’s share price. As of yesterday evening, the New York-headquartered firm traded at $81.66 per share, approximately 10 percent higher than last Tuesday – demonstrative of calmer shareholders who had previously driven the shares down 17 percent when it emerged redemption requests had exceeded prescribed limits in December.

Private market onlookers tell PERE how the recent media flareup concerning private REIT valuations might be overblown. “Maybe there’s been too much focus on it,” one head of real estate strategy and research at a global investment firm told us on Friday. “Am I surprised investors have been looking for liquidity in non-traded REITs? No. The valuation marks are up more than 13 percent in the first three-quarters of [last] year when the rest of the world was down 10-20 percent. So, I’m not surprised people are looking to redeem their investments. But it’s not systemic. It’s just management 101.” Read PERE’s opinion on the matter, here.

Nothing changes but the name

It has been more than two years since fixed-income asset management giant PIMCO officially assumed oversight of Allianz Real Estate, on behalf of their parent, German insurer Allianz. The move created a real estate behemoth with a combined assets under management that stands today at more than $190 billion, with both businesses benefiting from shared third-party distribution capabilities. Despite the move by Allianz, Allianz Real Estate and PIMCO’s opportunistic real estate functions continued to operate separately, although they have taken a micro-step closer with Allianz Real Estate poised to relinquish its brand in favor of Pimco Prime Real Estate. The rebranding, effective March 1, is an effort to reflect “the ‘prime’ aspects of the assets it manages,” according to a memo shared with PERE: “PIMCO Prime Real Estate will continue to operate independently and under its own business model as a specialized team within the broader PIMCO real estate platform, including its management of Allianz’s real estate mandates – one of the world’s largest real estate portfolios.”

New York-based Tishman Speyer continued to be active in China during the prolonged covid lockdown as it completed two major transactions in Shanghai over the past 18 months. Last week, the firm announced the sale of a 10-building office campus in its Shanghai development site, The Springs, to Singapore’s CapitaLand for 7.6 billion yuan ($1.1 billion; €1.04 billion). Before that, the firm also sold four office buildings in the same site to TikTok’s parent company ByteDance in June 2021. Back then, Speyer described China as “anchor of its global business” in an interview with PERE. Despite the upheaval in the country since, it is understood that vision has not changed. Indeed, the firm is also currently constructing a pair of skyscrapers featuring mid-tower hanging gardens and rooftop gardens in The Springs. Read further coverage of the deals here.

While many market outlook pieces for 2023 are focused on an inevitable recession or when inflation might finally retreat, global brokerage and advisory firm Cushman & Wakefield’s 10 Critical Questions for 2023 report has found two bright spot areas that could give real estate investors renewed hope.

Now to a more traditional asset class. There is some good news for apartment owners worried about rent growth erosion. Cushman’s report found that rent-to-income ratios measured in real estate investment trust portfolios were at 22 percent, well below the 30 percent cost-burdened line. This is in spite of rental rates rising in many major markets last year by more than 20 percent. While there has been recent coverage of rent growth slowing, the health of renters appears resilient for now.

Another area of keen negativity for the market has been the office sector. 2022 offered few bright spots until now. Ivanhoé Cambridge, the real estate investment arm of Canadian pension Caisse de dépôt et placement du Québec, announced late last week the largest lease of the year, resigning Fox News and NewsCorp, Fox’s parent company, to a 1.152 million-square-foot extension through 2042, with options to extend, according to a statement. The surprise here is in such a high profile extension going to a building originally completed in 1973, when much of the market is gravitating towards much newer buildings. The property was renovated in 2016, according to data firm Reonomy, and further renovations, including an updated 6th Avenue lobby and a new tenant lobby on 47th Street. Houston-based Hines, the building’s asset manager, will aid in the renovations.

Getting deals done continues to be a challenge as this new year ramps up. According to global advisory CBRE’s 2023 US Investor Intention Survey, investors believe volumes could continue to plummet as market conditions continue to weigh on decisions. Almost half of those surveyed see a drop of more than 10 percent in buying opportunities and activity.

Pan-European manager Europa Capital has appointed a head of research. Graham Porter [his LinkedIn here] joins the firm’s London headquarters to help select partners and identify opportunities, and to support the fund and asset management and transactions teams in their investment decisions. He takes over from Vanessa Muscarà [her LinkedIn here], who assumes the new role of investment strategist at the firm.

It is no secret many borrowers have been hard up trying to find financing for their projects in the latter half of 2022. QuadReal, the real estate investment arm of Vancouver-based British Columbia Investment Management Corporation, acquired an interest in London-based construction lender Précis Capital Partners to help fill the gap. The partnership is backed by a commitment of up to £1 billion ($1.22 billion; €1.13 billion) from the Vancouver-based manager which will allow Précis to originate another $3 billion of residential construction loans, according to an announcement. “Partnering with a deep bench of professionals in this area is a natural extension of both investment priorities and advancing our real estate credit business to the UK from within North America,” Jay Kwan, head of Europe and managing director at QuadReal, said.