“I DO get asked (by men and women): Does your wife work? Who looks after the kids?
I DON’T get asked: Do you work? Why are you not looking after your kids?” 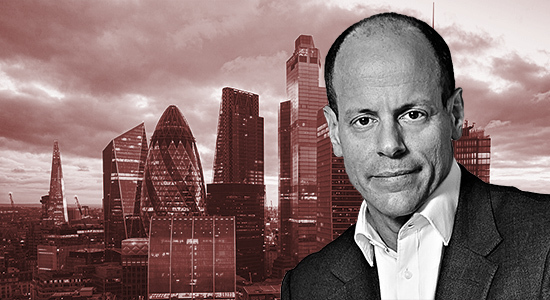 Another round
London-based Patron Capital Partners is back in the market raising its seventh fund, PERE has exclusively learned. The fundraise is set to be the diversified manager’s biggest yet, targeting between €1 billion and €1.2 billion for its opportunistic Patron Capital VII fund. The manager has re-entered the market just over a year after closing its predecessor vehicle, for which Patron raised €844 million across the main fund and co-investment vehicle. The firm, led by founder Keith Breslauer, has already deployed over 75 percent of Fund VI and needs more capital, according to a source familiar with the raise. Similar to Funds V and VI, Patron expects to raise a mix of main fund and co-investment capital for Fund VII and is targeting between €100 million and €300 million for the latter. Read our coverage here.

Allianz, BVK triple down on office
When Allianz Real Estate acquired Edge East Side Berlin, an office development in Berlin, in 2019, the approximately €400 million outlay reported represented a first for the German insurer: an equity investment made on behalf of not just its own companies, but also third parties in the form of Bavarian pension manager Bayerische Versorgungskammer. The experience was evidently positive as last year, the partners teamed up for second deal to acquire Frankfurt’s Four Tower 1 development for €1.4 billion in the country’s biggest single asset deal at the time. They are now back with their third foray, with the launch of a €1.3 billion smart office development program with Edge, the developer behind Edge East Side Berlin, to develop and redevelop offices in Berlin, Hamburg, Munich and Frankfurt. As the name suggests, sustainable development practices will be at the heart of the endeavor, including smart technologies aimed at reducing carbon emissions.

A Cadillac of lab space
Cadillac Fairview, the real estate arm of the Ontario Teachers’ Pension Plan, and UK developer Stanhope have joined forces again, this time on the development of an almost one million square foot laboratory and office park in Oxford, England. The £700 million ($911 million; €832 million) Oxford North Ventures is 50 percent owned by Thomas White Oxford, the development company of St John’s College, and 50 percent owned by Stanhope and Cadillac Fairview. The project is expected to deliver the lab and office space alongside 480 homes, 35 percent of which will be affordable. The project marks the second joint venture for Cadillac Fairview and Stanhope have worked together, following the Canadian manager’s 2021 acquisition of White City Place, a London mixed-use project, for which Stanhope is the asset manager. Demand for lab and science translation space in Oxford is at “record levels with restricted supply,” Thomas White Oxford’s chief executive officer William Donger said in a release.

An Asian trade
The Asian ownership of 5 Broadgate continues, with Hong Kong’s CK Asset Holdings having sold the London office tower for $1.6 billion to South Korea’s National Pension Service, after holding it for less than four years. Backed by Hong Kong tycoon Li Ka-shing, CK Asset bought 5 Broadgate for £1 billion ($1.3 billion; €1.2 billion) in 2018. Its exit has generated a return on investment of 45 percent and a gain of £108 million from the sale, according to a Hong Kong stock exchange filing. Hosting the headquarters of UBS in London, the asset was previously owned by Singaporean sovereign wealth fund GIC, which bought it from Blackstone in 2014. CK Asset’s sale of the building came shortly after its sister company CK Hutchison Holdings received approval to sell its mobile tower assets in the UK to Spanish mobile telephone infrastructure operator Cellnex Telecom for €3.7 billion. 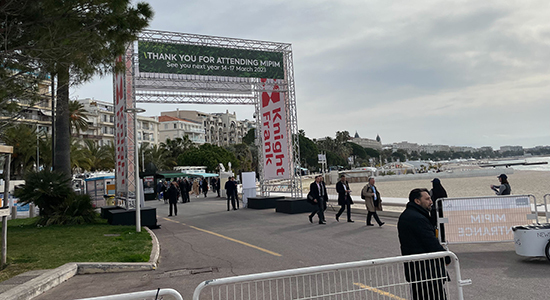 The world’s biggest property conference kicks off today after a two-year absence and is claiming to be welcoming back the same number of exhibitors from Europe and the Middle East as it did in 2019 – minus the usual Russian contingent. Swapping notes on their conference agendas, editors attending from PERE and affiliate publications Real Estate Capital Europe and Real Estate Capital USA note that Russia’s presence will not be the only element conspicuously absent from this year’s event. Known previously for its lavish dinners and parties, the expectation is these will be few in number this year. Those that do happen will likely be low key. Set against the backdrop of the pandemic and now the crisis in Ukraine, expect the next four days to feel notably sober. Coffee shall be the drink of choice for editors Jonathan Brasse, Daniel Cunningham and Samantha Rowan, who are in attendance. They have more than 50 meetings arranged between them. To name drop a few firms lined up: AXA Investment Managers, Real Assets, Allianz Real Estate, ING, Schroders Capital, Square Mile, LaSalle Investment Management, CBRE Investment Management, ICAPMAP, Ivanhoé Cambridge and Tristan Capital Partners. Look out for our MIPIM coverage over the coming days.

Where not to find new logistics space
The logistics sector is suffering from “an extreme scarcity” of space in the most-needed markets, thanks to surging demand and rising barriers to new development [see our coverage here], according to logistics real estate company Prologis. Offices, where the US vacancy rate climbed to 16.6 percent Q4 2021, would appear to be a logical candidate for conversions to logistics, but such a trend is likely to be limited because of multiple challenges, the San Francisco-based firm stated in a report published last week. These obstacles include office properties not able to physically accommodate logistics uses without being demolished; high conversion costs justifiable only in locations that can command premium rental rates; and the different requirements for logistics and office tenants.

Cooling effect
The latest Pension Real Estate Association Consensus Forecast survey suggests the continued upward trajectory in the two hottest asset classes may be about to revert to more normal levels. The survey, which comprises feedback from some of the industry’s leading managers, investors, consultants and researchers, predicts precipitous drops in returns for industrial and multifamily over the next two years. Total returns in industrial and multifamily are set to fall from 14.8 percent to 8.2 percent and 12.1 percent to 7.1 percent, respectively. The expected reduction is primarily driven by lower forecasted appreciation returns, with many of the market participants seeing cap rates further compress from increased competition and a potential recession eroding some of the outperformance seen post-pandemic.

Healthy outlook
Real estate cap rates continue to fall but the yield on the 10-year Treasury is expected to rise to 2.3 percent in 2022 – a level that will maintain a healthy spread between cap rates and bond yields, according to commercial real estate brokerage CBRE.

Changing lanes
Conshohocken, Pennsylvania-based Hamilton Lane is beefing up its real assets investment team, with a specific focus on real estate. The investor/adviser has hired Elizabeth Bell [see her LinkedIn profile here] as a principal with a focus on real estate funds, co-investments, direct investments and secondaries. Bell previously served as principal of New York-based Jaguar Growth Partners, a Latin-America-focused manager. Hamilton Lane previously made a major expansion into the real assets space with the purchase of Portland, Oregon-based investment manager Real Asset Portfolio Management in 2017. Bell will report to co-head of real assets Steve Gruber [his LinkedIn here], formerly the founder of RAPM and real estate portfolio manager for the Oregon Public Employees’ Retirement Fund.

Once in a lifetime, Canada Water flowing
AustralianSuper, the country’s largest superannuation fund, has further expanded into the UK and Europe with the acquisition of a 50 percent stake in London’s Canada Water masterplan from real estate investment trust British Land. The two parties have also formed a 50:50 joint venture to accelerate the delivery of the 53-acre redevelopment project, one of the largest in the city’s history. British Land and AustralianSuper have committed £201 million ($261 million; €239 million) of initial funding to the JV to develop the masterplan’s first phase, which is slated for completion in Q3 2024. The venture will also advance subsequent phases. Paul Clark, AustralianSuper’s senior investment director of UK property, called the masterplan “a once-in-a-lifetime regeneration project” that fit with the organization’s focus of investing at scale in large mixed-use projects in major urban centers.