“We do believe, after talking with Asia-Pacific occupiers, that 70 percent of senior managers in APAC prefer people to be back in the office. As a result, companies will need to rethink their workplace design, and how they plan their workforces.”

Henry Chin, head of research at CBRE APAC, told the Singapore Business Review at the end of last week. 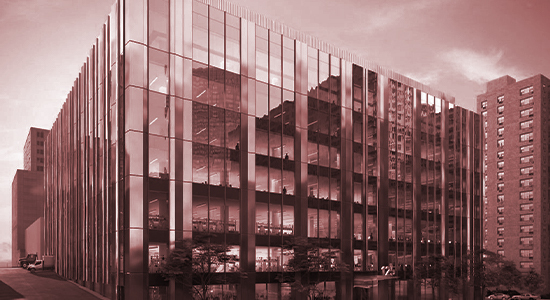 Upscaling to life science
When it comes to reimagining space in important locations, few can claim to be more on point than New York-based manager Nuveen Real Estate and New York-based developer Taconic Partners, which teamed up to convert a former automotive showroom into a fully fledged life science hub – in the middle of New York City. The pair have just agreed a $600 million deal to recapitalize the 400,000-square-foot 125 West End Avenue building in Manhattan. Originally constructed by the Chrysler Corporation, the property will undergo some serious capital expenditure to convert it into the city’s biggest “state-of-the-art” hub to help alleviate today’s unquenched appetite for biotech and laboratory accommodation.

Quadreal’s $1bn tiptoe into Chinese logistics
Dennis Lopez (his LinkedIn profile here), chief executive officer at QuadReal, told us in an interview in the April issue of PERE magazine how the firm planned to keep a low profile when participating in China’s substantial economic growth. That is not stopping the Canadian investor from making a headline-grabbing push into China’s real estate market despite recent friction between the two countries. Targeting a double-double digit return target, the firm has its eyes on China’s growing logistics development sector. Last week, QuadReal completed its second logistics investment in the country, committing equity to a $1 billion partnership with Warburg Pincus-backed, Shanghai-based logistics business New Ease to add to its existing $400 million real estate portfolio in the country.

WeWork: Reviving the tech pitch
WeWork is back to pitching itself as a tech company again. Last week, the company announced plans to go public through a merger with a SPAC called BowX Acquisition. It is said to be aiming for a $9 billion valuation, including debt, a far cry from the valuation in its first attempt at an IPO two years ago. The company has been undergoing a transformation since chief executive officer Sandeep Mathrani took the reins in February 2020. But the pandemic’s impact on co-working spaces has been an obvious dampener. According to the Financial Times (paywall), its global portfolio recorded occupancy rates of just 47 percent last year, compared with 72 percent at the start of the year. As part of its efforts to drum up investor endorsement for its second attempt at going public, WeWork is describing itself as a “worldwide property technology platform,” according to the FT. Whether that distracts from its low pandemic occupation will be important to see.

Not fast enough
Data center space in Asia has grown markedly in the last five years. But that has not stopped the region’s vacancy rate from falling year after year.

Is Blackstone calling the floor on hotels?
Over a year since the pandemic upended the hospitality industry, Blackstone is tearing into the sector, one giant deal at a time. The New York-based manager has made or agreed three notable acquisitions this month alone. Last week, it agreed to buy eight hotels in Japan from conglomerate Kintetsu Group Holdings. The properties are understood to have a book value of $390 million as of March 31, 2020. This was preceded by its proposed buyout of Australia’s Crown Resorts in a deal that values the casino operator at $6.2 billion. As Blueprint highlighted last week, the deal that continues to remain under the spotlight is Blackstone and Starwood Capital Group’s joint acquisition of Extended Stay America, the region’s largest owner and operator of extended stay hotels, in an all-cash transaction valued at approximately $6 billion.

Private equity powerhouse KKR is planning to expand its pan-Asia real estate business to include core and core-plus strategies. To oversee its lower risk and return activities it has hired Tom Lee (LinkedIn profile here) the former CEO of logistics business LOGOS. Lee becomes KKR’s managing director and head of Australia and New Zealand real estate. The New York-based firm has deployed around $1.5 billion of equity in Asia-Pacific since 2011, a relatively small volume compared with some of its private equity rivals. Expect that situation to change in short order. The appointment of Lee comes on the heels of the successful close of its first Asia opportunistic fund at $1.7 billion.

Quadreal motors into third
In North American real estate circles, ‘the Canadian model’ of investing directly into real estate ventures and operating companies over entrusting money to third-party managers is often held up as a gold standard for institutional investment. In 2016, the British Columbia Investment Management Corporation became the latest provincial pension investor to deploy this strategy by launching the QuadReal Property Group. The strategy kept QuadReal going through the pandemic and today the firm has amassed more than C$60 billion ($47 billion; €40 billion) of assets to become the third-largest real estate owner in Canada, surpassing the national Canada Pension Plan as well as Cadillac Fairview, which invests on behalf of the Ontario Teachers’ Pension Plan. In PERE’s latest big interview, which you can read here, Dennis Lopez, QuadReal’s chief executive, tells us the company is not done growing.