Success is both a journey and a destination, the key element is always to be learning”

Robert Laurence, Fosun global partner and chief executive of Resolution Property, on the five-year anniversary of the companies’ merger 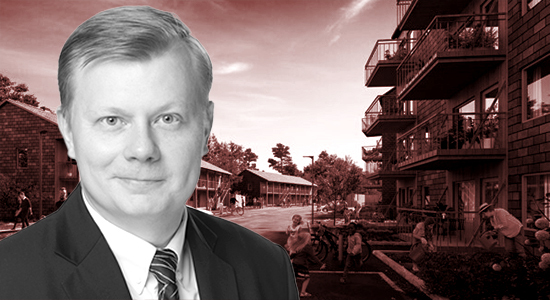 Nordic persuasion
The northern European nations of Sweden, Norway, Denmark and Finland are emerging as havens of choice during the pandemic. This week, Nordic Real Estate Partners closed €1.7 billion of fund commitments plus €200 million of co-invest capital for the largest vehicle to ever target the region. Just before that, Stockholm-based EQT closed a €1bn pan-European fund of its own, with early acquisitions including large logistics outlays in its home market.

As NREP chief investment officer Jani Nokkanen tells us, the key ingredients of the Nordics’ appeal are demographics – driven by population concentration in its capital cities – and stability in this time of global crisis. “Of course, this is a health crisis and the Nordic healthcare system has shown its strength, even in Sweden,” he says. “There is also economic stability and political stability in the region, which are appealing during these times.”

Back on track?
Last year was supposed to mark the arrival of India’s listed real estate market, with the $680 million flotation of the Blackstone-backed Embassy Office Park REIT kicking open the door for institutional activity in the country. Then covid happened. Local business park owner Mindspace had a successful initial public offering in August, but the sector has otherwise been quiet. Now, private real estate’s other titan, Brookfield Asset Management, is getting into the game with a proposed $600 million listing of its own, slated to take place by the year’s end. Is a second mega-manager what the India REIT market needs to get back on track? Contact christie.ou@peimedia.com with your thoughts.

The ‘democratization’ of real estate in Europe took a step closer on Thursday with the initial public offering of Mailbox REIT, a single-asset real estate investment trust wrapped around a large, mixed-use property in Birmingham, England. The offering, which is expected to raise £62.5 million ($81.1 million; €68.8 million) from the listing of the building, gives retail investors a first stab at owning an individual asset. Notably, the seller, London-based private equity real estate firm M7 Real Estate, also is a shareholder in the nascent IPSX stock market. However, IPSX’s head of capital markets, Roger Clarke, said that, since the offering, the exchange’s pipeline has included numerous non-backers investigating their own possible flotations.

Chicago-based brokerage Cushman & Wakefield expects office rent growth in the US, Europe and China to bottom out by 2021.

Singled out
Covid-19 has accelerated de-densification in the US, and residential is the property type witnessing the biggest secular shift in demand as renters migrate from city centers. There has been a boost in suburban housing demand driven by millennials moving out of urban apartments. Nuveen Real Estate is the latest manager to enter the space. It is investing up to $400 million in Sparrow, a newly launched single-family home rental platform based in Arizona. The partnership will invest in Texas, Florida, Arizona and other sun belt states. Single-family rental operators have been experiencing a surge in leasing and occupancy rates since the March lockdown, and this latest addition to Nuveen’s housing investment strategy is positioned to make a long-term bet on the sector.

Tech to the rescue

Hammerson has lined up new leadership to drive a turnaround at the struggling British retail REIT. After appointing a new chairman in June, the company has named its first female chief executive, Rita-Rose Gagné (LinkedIn here). Gagné is a former president of growth markets at Ivanhoé Cambridge, the real estate subsidiary of Canadian pension plan Caisse de Dépôt et Placement du Québec. She left Ivanhoé Cambridge in September 2019 following the departure of CEO Daniel Fournier. One industry insider told PERE Gagné “was the right person to lead [Hammerson] in the most challenging time,” given her expertise in developing strategy and business building. She is expected to succeed current Hammerson CEO David Atkins by the end of the year.

After covid-19 shuttered college campuses around the world this spring, it raised some questions. Would classes resume this fall? What would the long-term implications be for higher education? And how would the student housing sector fare? The answer to that last question, as far as certain institutional investors are concerned, is “better than expected”.