“The chances are that the next decade will be more difficult for offices. Nobody wants to accept a negative reality until that reality is thrust upon them. That’s not necessarily logical. But it is human nature.”

Former LaSalle Investment Management chief executive Jeff Jacobson on the future of office. See our Q&A with him here. 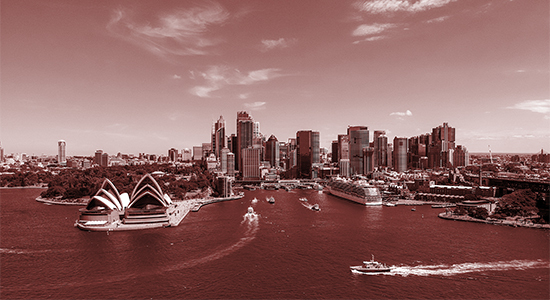 Tip of the iceberg
Last week, we reported how Sydney-based Macquarie Asset Management was raising third-party capital for its first opportunistic real estate fund [our coverage here]. The management giant, which oversees some A$562 billion ($425 billion; €356 billion) of assets, including A$18.9 billion of real estate, raised A$1.1 billion in 12 months for a fund targeted at investments in developed Asia markets. PERE understands that vehicle is, in fact, the tip of an iceberg. Expect similar vehicles to be launched for other regional strategies too in the near term. Success with these would see a platform once best known for brokering large transaction for institutional capital, then for participating in them with balance sheet money, complete its transformation into a fully-fledged fund manager. It is a final step that started with 2018’s purchase of core manager GLL but could end with the Australian bank platform slugging it out with private equity real estate’s management finest. Macquarie declined to comment on fundraising.

Taking a new tack
Blackstone has its own single-family rental platform once again. Last week it acquired Chicago-based Home Partners of America for $6 billion. The big-ticket purchase marks the mega manager’s return to a sector it pioneered after the global financial crisis. But things are different this time around. The institutionalization of the US single-family housing market has attracted a lot of publicity this past year. Most of it has been unfavorable. Critics say large firms are driving up housing costs, blocking would-be buyers from the property ladder and employing draconian eviction tactics. Companies in the space insist they are actually increasing affordability and improving quality. Blackstone – no stranger to SFR scrutiny – has skirted these critiques by purchasing a rental home platform that gives tenants the right to purchase their homes. That one of the first companies to get into (and out of) the SFR space is taking a new tack is noteworthy. That the company in question is Blackstone means copycats are likely to follow.

BRDG plots IPO
Bridge Investment Group, the Salt Lake City-headquartered real estate investment manager with $26 billion AUM, is going public. The firm announced last week it has made an SEC filing relating to its proposed initial public offering and listing Class A common stock on the New York Stock Exchange. Details on the number of shares up for sale and their price was not disclosed. Investment banks Morgan Stanley, JPMorgan and Citigroup will be jointly leading the IPO process. The firm has been actively investing across the residential sector, as well as logistics, offices and debt through a number of fund vehicles.

YMM YMM good
Gaw Capital Partners continues to cash in on China’s “real estate-adjacent” start-ups. The firm cheered on the initial public offering of Full Truck Alliance, the world’s largest digital freight platform by gross transaction value, on the New York Stock Exchange last week. Trading under the ticker symbol ‘YMM’, the company raised more than $1.5 billion in its public listing and marked Gaw’s second private equity investment to have completed an IPO within the past 10 months. The firm previously listed Beike, an online and offline housing transaction and service platform in China, on the NYSE in August 2020. Real estate-related Chinese companies will also play a key role in Gaw’s $300 million SPAC offering. And on the fundraising front, Gaw Growth Equity Fund I, with which it will invest in high-growth proptech and real estate-related operating companies across Asia, attracted a total of $430 million in its final close in May.

Hot commodities
The rising cost of key development materials are having an impact on real estate prices, a Cushman & Wakefield report finds [see it here].

In focus: Women of Influence

Picking up the pace
The calls for elevating more women into positions of prominence have been echoing through the halls of private real estate firms around the world for years. Those calls have yielded tangible results in recent years.

Evidence of this is clear in PERE’s inaugural Women of Influence report – published later this week – as two-thirds of the female executives recognized were promoted into their roles or founded their businesses in the past two years. This trend is likely to continue amid what one source called the “hottest hiring market” in more than 25 years. But there is still some way to go. A recent report by data provider Equileap showed just 10 firms globally that they measured had gender balance at all levels – from the board to wider workforce.

With that in mind, how far private real estate goes in its pursuit of closing the gender gap will be a keen focus of our industry coverage post-pandemic.

Look for the Women of Influence report to run on perenews.com this week.

Seconds come first
Ivanhoé Cambridge has partnered with a Los Angeles-based developer to build apartments in non-core US markets. The Canadian pension has inked a deal with Mount Auburn Capital to pursue ground-up projects in affordable, business-friendly metros with growing populations. Key markets include Atlanta, Austin, Charlotte, Dallas/Fort Worth, Denver, Houston and Raleigh, among others. This follows the recent trend of institutional capital flowing to secondary cities [our coverage here]. The joint venture will be seeded with $150 million, PERE understands.

Back in the action
Ping An closed its first high-profile real estate transaction in recent memory this week. The Chinese insurer paid CapitaLand S$9.6 billion ($7.15 billion; €5.99 billion) for a majority stake in a portfolio of Raffles City locations throughout China. The Singaporean asset manager will reduce its exposure to the six mixed-use properties to between 30 and 12.6 percent per asset; it expects net proceeds of S$2 billion from the sale.