“We see an attractive buyers’ market, initially triggered by covid and now perpetrated by inflation and staff shortages, in the fragmented urban hotel industry”

LaSalle Investment Management’s Michael Zerda, head of debt and value-add investments, on why the Chicago -based manager launched a €500 million venture with operator NUMA Group to acquire European hotels

Also looking to provide accommodation to the life science sector is Advanced Research Clusters, a brainchild of mega-manager Brookfield Asset Management and specialist manager CoreLife Investors, which was formally announced yesterday. ARC carries a UK focus and has been seeded with assets of the Toronto-based manager. The venture expects to invest up to £2 billion ($2.5 billion; €2.37 billion) in the country in the next decade, as per a Financial Times report. Offices, co-working, cleanrooms, accelerator labs and open-access research and development facilities are the order of the day. These private real estate heavyweights are positioning themselves to be among those that will service the “unprecedented levels of private and public capital flowing” into the sector, as Brookfield’s senior vice-president Dominic Williamson put it in the ARC announcement.

Ares European Real Estate Fund VI had an initial target of €2.5 billion ($2.6 billion). But if recent fundraises in the region are any kind of measuring stick, Ares could take in even more this year. The firm’s last two raises in its value-add European Property Enhancement Partners series of funds took in more capital than Ares initially targeted, including €500 million more in its third fund in that series when it closed last year.

A venture into Mexico
Houston-based Hines has expanded its footprint in Mexico via a joint venture to develop logistics buildings and industrial parks in the country. GIC is reportedly the investor in the partnership. With an investment capacity of up to $900 million, the venture is understood to have an initial equity of $300 million to acquire greenfield sites for developments. Currently, the firm’s Mexico vehicle is understood to have two development projects underway in Mexico City and Tijuana.

Palmer Letzerich, senior managing director at Hines, said in a statement that the firm can continue “building on the recent successes” of its completed developments in Mexico. According to Hines’ website, the firm currently has $432 million assets under management in the country.

A new asset in managers’ nets
A style of real estate investing once considered periphery is gathering momentum. When two $3 billion-plus deals for the relatively unheralded real estate sector of net leases happened in February, the sector was thrust into the spotlight. As we detail in the cover story of the May issue of PERE, big name managers have been drawn to the growing volume of transactions in the space – indeed an annual sales record for single-tenant net lease properties in the US of $85 billion was recorded last year.

In the cover story, we discover the forces behind this notable progress. One explanation given is the wide array of possible investment targets it offers, especially non-conventional assets such as car dealerships, which are often overlooked by other institutional investment vehicles. Another pull factor is the asset type’s inflation combating qualities. Read the piece in full here.

Michael Phillips, president of Jamestown, said, via a statement that digital assets including currencies and non-fungible tokens are “key components” in the future of real estate. The practice will be employed across Jamestown’s portfolio, including in both the US and Europe, as well as across property types. The firm, however, will not receive or hold cryptocurrencies as part of the move, instead employing technology company BitPay to serve as an intermediary between tenants and Jamestown.

Investors remain open-minded
Pre-pandemic, investor sentiment was shifting away from the legacy core open-end private real estate funds. But if M&G Real Estate’s first quarter fundraising numbers are anything to go by, those attitudes might be changing. The London-headquartered manager had a record quarter in its core European Property Fund, raising €524 million in three months, its largest quarterly intake in the fund’s 15-year history.

The capital came from European and Asian investors, three of which were new clients. The additional capital will help M&G broaden its residential holdings within the fund, including student and senior housing, as well as traditional multifamily. The fund will also be used to selectively target office and retail as the market becomes more polarized, head of UK portfolio asset management David Jackson said via a release.

Fundraising transitions
Fundraising in the early part of 2022 has focused on the areas of the market that will help transition assets. More than two-thirds of the over $30 billion raised in the first quarter was in debt or value-add strategies, according to PERE data. Our full analysis of Q1 2022 will appear later this month. 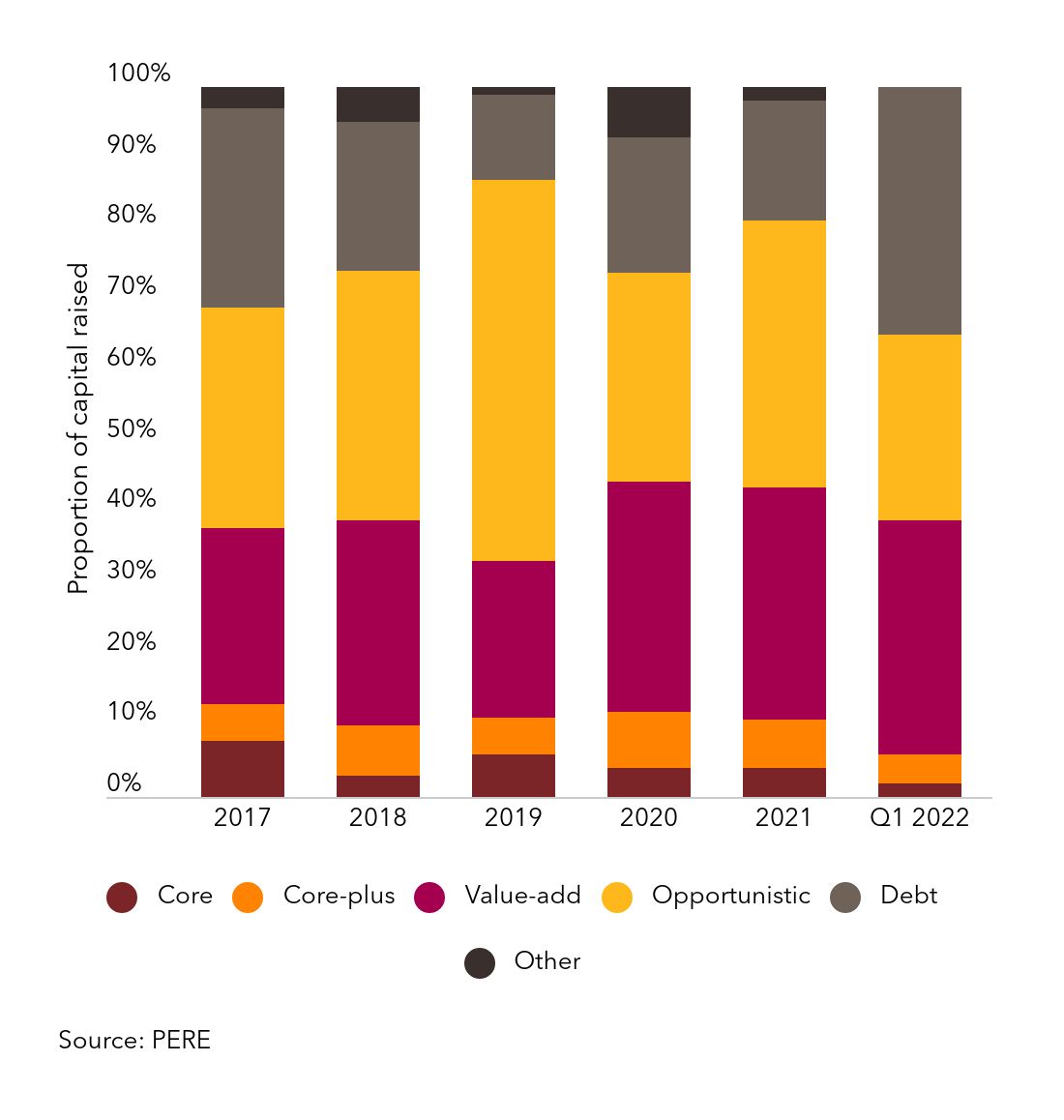 Between a rock and a point

Abu Dhabi Investment Authority continues to invest in its real estate portfolio, adding a relationship with Boston-based Rockpoint Group to its ever growing list of separately managed account mandates. The first investment account between the two will be focused on build-to-core industrial and seeded with a combined $750 million in equity. The plan, per a release, will be to amass an initial portfolio of approximately $2 billion in gross asset value.

The venture will be active in supply-constrained markets across the US, including Boston and the Carolinas, and has completed its first deal in San Jose. The commitment from ADIA helps bolster Rockpoint’s industrial growth plans. In February, the firm formed a partnership with Ben Harris, the former chief executive officer of Link Logistics, Blackstone’s industrial operating platform [read about that tie-up here]. 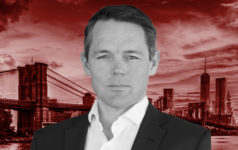 Managers 20 hours ago
Share with other subscribers
Only logged in subscribers of this site will be able to access the shared article.
Added to your Saved Articles
Loading
Unsave Article
Please confirm you would like to remove this article from your saved articles.