“Right now, I find myself asking, ‘Just what else must I believe in to make this price sensible to me?’”

Michael Turner, president of Oxford Properties, describes to PERE how firms are attempting to siphon mountains of capital into a small pool of deals. Full coverage here. 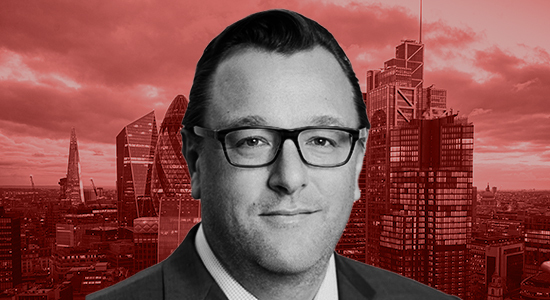 Henderson Park caters for currency demand
Those with a keen eye will have spotted a switch in currency from London-based manager Henderson Park’s first pan-European value-add fund to its second. The firm notched $2.2 billion at final closing for its Henderson Park Real Estate Fund I in April 2019. Cue one pandemic and subsequent uptick in institutional preference for greater currency diversification and Fund II, for which the firm has now raised €1.25 billion, is offered to investors in euros. According to one source with knowledge of the matter, approximately 60 percent of the firm’s $13.4 billion of assets under management was acquired using euros, leading investors to request it raise future capital in the same denomination. What if some of the firm’s investors want to invest in American dollars? They get a special dollar-denominated sleeve in the fund – for which Henderson Park will hedge, of course. Now that is tailor-making a solution.

Japan’s golden hour
Goldman Sachs has joined the party of global institutional investors boosting their multifamily exposure in Japan. The US bank has established a joint venture with Tokyo-based Sojitz Corporation to invest in residential properties in the country. The partnership plans to acquire $300 million of assets this year and $400 million-$500 million annually thereafter. Sojitz will be responsible for sourcing, investment and asset management while Goldman Sachs will provide the majority, about 75 percent, of the capital. The strong resilience of the Japanese residential sector has attracted more institutional investors recently. Last week, Allianz Real Estate purchased a portfolio of 12 multifamily assets in Japan with capital from its $2 billion Allianz Real Estate Asia-Pacific Japan Multi-Family Fund I. Canada’s Manulife Investment Management also joined forces with Japan’s Kenedix to acquire multifamily assets in Japan’s major cities in early March.

An unexpected outcome
Multi Corporation can be considered a rare example of a Blackstone investment where it did not make a traditional exit. Rather than divest through an IPO or third-party sale, the New York-based mega-manager has sold the Amsterdam-based retail real estate asset manager through a management buyout to co-chief executives Elmar Schoonbrood and Steven Poelman, according to an announcement last week. Schoonbrood has been responsible for overseeing Multi for Blackstone since joining the firm in 2014 and became a board member in June 2021. He was named co-CEO just two weeks before the management buyout was announced. Poelman, meanwhile, has been a board member since 2016 and previously was chief financial officer of Multi. Blackstone acquired Multi in 2013, then a pan-European owner, manager and developer of 56 shopping centers across 13 of the region’s countries. A year later, Multi began transitioning from being a developer to a real estate services platform in the sector. Today, the firm manages more than 80 retail assets across Europe.

Wage inflation sees off pandemic hit
It is a case of going from headwind to tailwind when it comes to the forces impacting compensation in private real estate these days. Between 2019, when the first strains of covid-19 were detected, and today, as working amid a pandemic normalizes around the world, pay in the industry has boomeranged. That was one of the main takeaways from this year’s joint compensation survey by London-headquartered recruiter Sousou Partners and PERE. Read the full story here. Managers have looked to ramp up headcounts to take advantage of the deals stemming from the pandemic. Consequently, the general malaise in individual pay growth in 2020, with instances of no bonuses paid, turned into a remuneration environment supercharged by firms competing for talent. Ghada Sousou, co-founder of private real assets executive search firm Sousou Partners, says of the period: “Firms were populating. It was all about getting people through the door.”

The UK is feeling outdoors-y
Industrial outdoor storage continues to see its star rise in the UK. New research from London-based consultancy Carter Jonas has seen demand for open storage properties in the UK rise 315 percent in the last two years. Inquiries for space have increased their requirements from a total of 312 acres in 2019 to almost 1,300 acres by the end of last year. Broadly, industrial remains one of the most sought-after asset classes for investors with cap rates compressing for traditional warehouses to 3 percent or lower in many regions of the world. Industrial outdoor storage is operationally simple and offers stable rents, particularly around London and the Southeast. Rents in Croydon have hit £10 (€11.94; $13.10) per square foot, with both the Park Royal and Heathrow areas also seeing average rents at or above £7 per square foot. Carter Jonas has even seen rents above £20 per square foot for small (less than 1.5 acres) properties in London. Rents for traditional properties in London range from £15 to £30 per square foot depending on size and area, per data from Colliers.

Office pace
San Francisco continues to see declines in its office demand despite other cities, including its tech sister Seattle, retain positive increases in demand for space post-pandemic. Both cites, along with four of the other five leasing and asset management and leasing platform VTS tracks for its Office Index, saw declines in pace of demand between January and February, a period that has seen increases in every year except this one since 2018.

Ready for lift-out
London-based asset manager Intermediate Capital Group is continuing the ongoing expansion of its property business, ICG Real Estate, with a team lift-out from Hong Kong-based logistics firm ESR. The four-person team includes senior professionals from ESR’s ARA Private Funds, among them the group’s chief executive, David Kim (see his LinkedIn profile here). The executives will be launching ICG Real Estate’s Asia business, which will add to the property platform’s existing $7 billion-plus of assets under management in Europe. The team will report to global head of real estate, Krysto Nikolic (see his LinkedIn here), who joined ICG Real Estate in January after nearly four years at private equity real estate giant Starwood Capital Group. Meanwhile, ESR is understood to be getting ready to announce new leadership appointments of its own in the coming weeks. Check out our exclusive coverage of the team lift-out here.

Increasing seniority
Australia’s Aware Super is set to double its stake in Sydney-headquartered Lendlease’s Retirement Living Trust as demand for high-quality retirement living in Australia continues to grow. The national superannuation fund will become the largest shareholder in the trust, now holding a 49.9 percent interest following its purchase of an additional 24.9 percent for A$490 million ($374 million; €341 million) from Lendlease. Lendlease and Dutch pension asset management APG will hold a 25.1 percent interest and a 25 percent interest, respectively, following the deal. The vehicle is one of Australia’s largest retirement villages platforms, comprising 75 retirement villages across the country. Interest in the sector continues to grow, with Swedish private equity group EQT’s acquisition of Australia’s Stockland Retirement Living for A$987 million in February another example.

Not a token anymore?
Cryptocurrency and the blockchain have moved from a fringe consideration in real estate to closer to the mainstream in recent weeks. Hamilton Lane has become the first major real estate manager to tokenize a class of shares in its Global Private Assets Fund. The Conshohocken, Pennsylvania-based firm has partnered with the largest private markets exchange in Asia, ADDX, to allow investors to access the fund for as little as $10,000, with traditional investors having to buy in for a minimum of $125,000. The firm follows in the footsteps of smaller managers, including Peakside in 2018, attempting to legitimize the practice. In a conversation with one large private manager last week, we were told the underlying tokenization of real estate will become mainstream eventually. “If I could raise money through that source, I would,” an executive at the firm said, adding that operating a fund without the costs associated with the regulatory side of an SEC filing was appealing.

What do you think? What could tokenization mean for the private real estate space? Email your thoughts to peter.b@peimedia.com.