“I’m doing something very important for my country and my people. I’m no politician, but I’m doing my part. Someone has to have the responsibility to manage this capital right.”

Scott Kim on why he continues to hold the position of head of real estate at South Korea’s National Pension Service after eight years on the job. 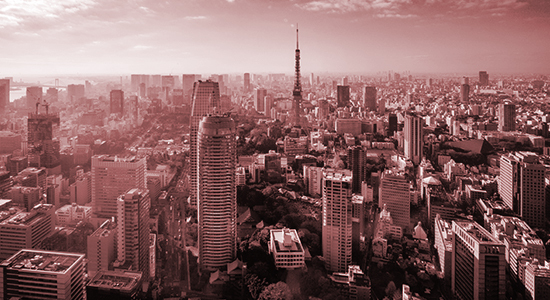 (Very) Big in Japan
Logistics heavyweight GLP is continuing its dominance in Japan. With more than $2.7 billion in total capital commitments for its GLP Japan Income Fund, the firm has effectively doubled the size of the vehicle in one year. The Singaporean manager added $200 million to the open-end logistics fund, securing commitments from 18 investors in the first half of 2021 [see the release here]. The growth reflects the insatiable investor appetite for logistics and industrial assets, along with GLP’s ability to capitalize on that demand. More than 50 investors, ranging from international and domestic pension funds, sovereign wealth funds and insurance companies, are understood to have invested in GLP JIF. The firm has more than $23 billion in total logistics assets under management in Japan, which encompasses a portfolio of 98 million square feet.

Repeat reshuffling
Lone Star Funds has reorganized its Asia business, with the region’s commercial real estate and private equity investment activities now under the oversight of André Collin, the Dallas-based firm’s president of commercial real estate funds, and Donald Quintin, president of opportunity funds, respectively. But “organizational and leadership changes within Lone Star are a frequent occurrence, at least more so than many firms we invest with,” one investor told PERE. Indeed, prior to being named to their current roles in January, Collin had been president of North America while Quintin had been president of Europe. Meanwhile, William Young, who previously served as chief operating officer, was elevated to global president last July. His predecessor? Collin, who had been global president from January 2014 until February 2020. The firm’s former president of Asia, Anthony Messina, will move into a new senior originations role after replacing Mark Newman as regional head less than two years ago. And the list goes on.

Buying in bulk
With the world awash in investment capital and government assistance, distressed buying opportunities have been hard to come by in 2021. But that has not stopped Cerberus Capital Management. The New York firm acquired a portfolio of 6,000 foreclosed properties from the Spanish bank Grupo Cooperativo Cajamar this week for €500 million. It was the largest non-performing real estate sale in the country since the pandemic began. The real estate-owned, or REO, assets include commercial and residential properties as well as land. The Jaguar portfolio, as it is called, is concentrated along Spain’s southern and eastern coasts, from the Andalusia region up to Catalonia along with the Balearic Islands. Cerberus closed its latest opportunity fund on $2.8 billion in March. 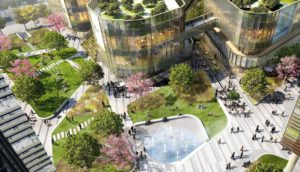 Taking a Byte
Tishman Speyer has an anchor tenant for its gargantuan mixed-use property in Shanghai. ByteDance, parent company of TikTok, has agreed to take on a quarter of the space in the New York firm’s 10 million-square-foot speculative development, known as The Springs. ByteDance has agreed to buy 2.1 million square feet of office and retail property that is expected to be completed by the end of 2023. In the meantime, it will rent more than 450,000 square feet of existing office space, which will serve as the start-up’s regional headquarters. The deal is a record-setter for both the Chinese mixed-use market and Tishman Speyer on a square foot basis. Rob Speyer, the firm’s president and chief executive, tells PERE the transaction is bigger than any other its 43-year history “by a multiple.”

Despite an oversupply of office space in Shanghai, Tishman Speyer remains active in the city’s real estate market. Last year, the firm sold a building at its Crystal Plaza project in Shanghai’s Pudong district to beauty brand Tin’s Secret. Meanwhile, it is also developing a pair of iconic skyscrapers at The Springs which are set to be completed in 2025. Between finished projects and those still in the works, the firm’s Chinese portfolio spans 15.5 million square feet.

Not too long, not too short
Lease lengths have been in general decline in recent years. But for most private real estate managers, there is still a preferred range for the weighted average lease term. For example, San Francisco-based private investment firm GI Partners considers 3-7 years to be the ideal WALT range for acquiring technology and life science real estate assets, according to John Sheputis, managing director and head of its open-ended fund, GI Real Estate Essential Tech + Science Fund [our coverage here]. If the lease term is shorter than that range and the asset is in a conversion area, the property is likely to be bid up by developers. On the flipside, if the lease term is longer than that range, the asset may instead be bid up by yield-starved net lease buyers, he explained.

SPAC in action
A pair of private real estate alums have joined the real estate SPAC scrum. Jack Chandler, the former global head and chairman of BlackRock Real Estate, and Christopher Keber, a one-time capital markets executive for Hines and Starwood Capital, have launched a $200 million special purpose acquisition company [see the release here]. The pair expect to merge Shelter Acquisition Corporation with a proptech startup. While new SPAC launches have slowed down from the breakneck piece seen earlier this year [our coverage here], a record 367 of these vehicles have gone public so far in 2021, raising $113 billion in the process, according to SPACresearch.com. Including Shelter, nine SPACs are looking for a real estate acquisition, with nearly $2.5 billion at their disposal.

Spirit of innovation
Can ghost kitchens breathe new life into mall food courts? The two biggest retail owners in the US sure hope so. Brookfield and Simon Property Group are getting behind the buzzworthy concept, in which the cooking operations of multiple restaurants are handled from a single location. The two companies were part of an $80 million fundraising round for Creating Culinary Communities, or C3, one of the rising startups in the space [see the release here]. Kevin McCrain, Brookfield’s head of retail, will join the company’s board of directors and help its expansion into food halls. The ghost kitchen concept took flight during the pandemic, bolstered by the rising demand for food delivery services. Now, Brookfield and Simon are hoping it can resurrect their food courts.

Resi on the rise
Rental housing is quickly joining the ranks of core property types in the UK, a according to a survey by the London-based bank Investec [our coverage here].

Oxford eyes UK logistics record
Oxford Properties is looking to build the biggest logistics hub the UK has ever seen. The investment arm of the Ontario Municipal Employees’ Retirement System has acquired a 734-acre plot in Birmingham. Along with sector specialist Logistics Capital Partners, Oxford is aiming to pour £1 billion ($1.4 billion; €1.2 billion) into the site to build an eight million-square-foot freight rail interchange facility. 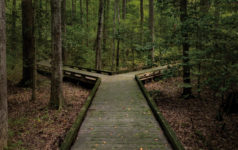