“If we are not going to buy certain buildings from now on, then those buildings have zero value”

George Agethen, co-head of Asia-Pacific at Ivanhoé Cambridge, speaking at the PERE Asia Summit 2022 in Singapore on June 1 about the impact of sustainability considerations on real estate valuations 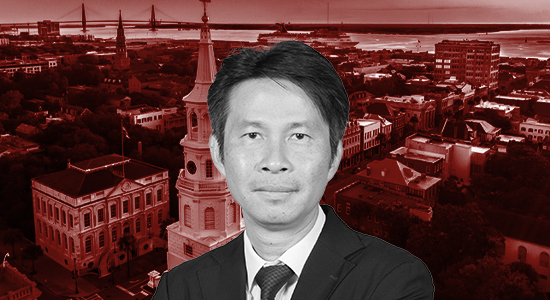 Madison gets digital
New York-based Madison International Realty has acquired an undisclosed stake in the recap of Denver-based digital infrastructure company Cologix. The firm’s investment is part of a $3 billion recapitalization of the data center company led by Stonepeak, a New York-headquartered infrastructure and real assets investor. Ronald Dickerman, Madison International’s founder and president, said Cologix fit the firm’s investment criteria as “an innovative, dynamic company in the rapidly growing digital infrastructure sector.” The recap will help Cologix – one of North America’s largest developers and owners of hyperscale data centers – to expand in existing and new markets across the region.

Room for more innovation
Legal & General Capital, the alternatives arm of the London-based asset manager with $1.8 trillion under management, is entering the US real estate market. LGC is partnering with Ancora, a Durham, North Carolina-headquartered real estate firm, to develop around $4 billion of science and technology assets across the country. It will initially seed the 50:50 JV with $500 million. The new partnership is an expansion of a similar strategy in the UK, where LGC has partnered with universities such as Oxford and Manchester to develop science and innovation districts.

The backing of a smaller, more nimble manager like Ancora is a deliberate move, Nigel Wilson, chief executive of Legal & General Group, told PERE, allowing the firms to target growth markets in the US. These are likely to include Salt Lake City, Utah; Columbus, Ohio; and Ancora’s home market of Durham, said Josh Parker, Ancora’s founder.

The private real estate industry’s definitive list of the top 100 managers is back. PERE‘s signature ranking saw some major changes during a very volatile year. Nearly half of the top 50 firms moved up the ranking from their positions last year, including four that did not appear at all on the 2021 ranking. [Find the full ranking here.]

The key takeaway from the 2022 PERE 100 list is the expansion of the middle market. Mid-sized managers increased their share of capital raised in the last five years, with 16 firms clearing the $5 billion barrier for the first time. [Read our coverage of this growing segment of the market here.]

This year’s ranking also saw a couple of notable returns – including one prominent firm that has been restored to the top 10 and another manager that is back in the ranking after more than a decade-long absence – as well as the impressive entry of a sharpshooter manager at number 15. [Find out who these firms are here.]

STACKING it up in Europe
In the race for control of limited data center stock in Europe, IPI Partners continues to add to its portfolio. The Chicago-based manager has acquired a majority stake in Swiss operator Safe Host SA from StepStone Real Estate. Safe Host is a top digital real estate firm in the European country, operating four assets in Geneva, Zurich and Avenches. The deal includes land holdings across the continent that IPI can develop to drive further expansion in Europe.

The portfolio will be added to IPI’s STACK Infrastructure platform, which the firm set up in March to consolidate the European data center businesses – SUPERNAP Italia and DigiPlex – it acquired last year. John Eland, CEO of STACK EMEA, said via a statement: “Switzerland’s central location, political and economic stability, high standards for data protection and renewable energy sources are highly attractive to our customer base.”

Asia’s stranded asset risk
Obsolescence is on the minds of many real estate investors globally these days. In Asia, however, assets are on a particularly fast track to obsolescence, according to new data from the Asian Association for Investors in Non-Listed Real Estate. ANREV piloted 80 assets through the Carbon Risk Real Estate Monitor’s initiative to measure how many of the assets would become stranded between now and 2050.

The eight-month initiative concluded that all the assets would be stranded by 2046, with around 70 percent of them expected to become obsolete 10 years before that. Alarmingly, 38 percent of the pilot assets were already considered stranded. Despite the small size of its data set, the industry organization has sounded a warning signal loud and clear.

The impact of rising debt costs on pricing
New research from Oxford Economics finds that major logistics markets in the US will need to see a significant price correction to offset the higher cost of debt. However, yield compression is still possible in a variety of European and Asian industrial markets.

Switching heads
The world’s largest asset manager has seen a change at the top of its EMEA real estate team. Former EMEA head of real estate Justin Brown [his LinkedIn profile here], has left BlackRock after 10 years and “is looking to make a change in his career,” according to a statement from the firm.

Brown assumed leadership of the EMEA real estate team following the departure of Tom Lee in 2017. One industry source said of Brown: “I saw him more as a people person and great leader rather than the leading investor. He will definitely be missed internally with his team as he has developed a great culture, but I think investors won’t be put off.”

Passing the baton
Dutch pension fund manager Bouwinvest’s long-serving chief executive officer Dick van Hal will leave the organization after almost tripling the firm’s invested capital from €5.7 billion to €16.3 billion since 2008. During his tenure at Bouwinvest, van Hal oversaw the expansion of the investor’s real estate portfolio outside the Netherlands; the addition of new property sectors and listed investments; and increasing the sustainability of its assets, according to a statement.

He will be succeeded by the firm’s chief client officer Mark Siezen, who has been with the investor since November 2020. Van Hal said that it is “a natural moment to hand over the baton” and believes that Bouwinvest’s real estate portfolio “at home and abroad is in good shape.”