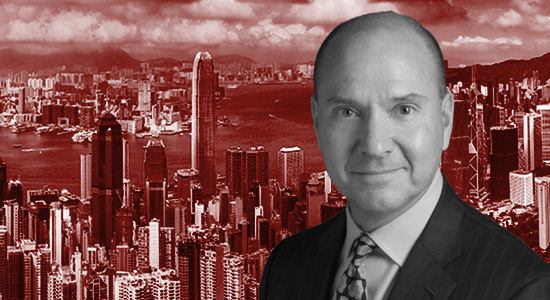 “We should see a flight to real estate and infrastructure, particularly operating types of real estate, like the different forms of living and hospitality sectors. That operational element helps drive income and serves as a hedge for inflation.”

Schroders Capital‘s global head of real estate Sophie van Oosterom, told PERE at the MIPIM conference last week how the adverse impacts of inflation for equities and bonds would only compound the attractiveness of real assets.

EQT-Exeter ‘turbo charges’ into Asia
Stockholm-headquartered EQT is boosting its real estate offerings via the $7.5 billion purchase of private equity firm Baring Private Equity Asia. The transaction brings into its EQT-Exeter real estate business a platform with around $1.5 billion in assets under management to add to its existing approximately $13 billion of assets (as per a PERE report last November). Beside its most recent Chinese warehouse platform Forest Logistics, BPEA Real Estate has raised two regional opportunistic funds since 2015. Prior to the acquisition, EQT-Exeter had only logistics exposure in the region. EQT-Exeter first ventured into Asian real estate last year, when it launched a $200 million debut logistics fund with a focus on China. It also acquired Tokyo-headquartered value-add logistics manager Bear Logi (see Mingtiandi coverage of that deal here) in January this year. A statement by EQT-Exeter pointed out that the BPEA deal “turbo charges” EQT-Exeter’s real estate growth in Asia by further expanding into logistics, multifamily and offices in the region.

Trust in Asia
Private equity giant KKR is set to expand its real estate capability in Asia by acquiring Japanese REIT manager Mitsubishi Corp-UBS Realty for $2 billion. With $15 billion in assets under management, MC-UBSR manages two listed REITs: the $11 billion Japan Metropolitan Fund Investment Corporation and $4 billion Industrial & Infrastructure Fund Investment Corporation. The former is invested in retail, offices, hotels and other assets located in urban areas. The latter is invested in industrial and infrastructure properties. Having closed its debut Asia real estate fund at $1.7 billion at the end of 2020, KKR’s latest move has demonstrated its commitment to Asia real estate by establishing a significant presence in the region’s biggest real estate market.

Go West
The future of offices as an institutional investment might still be unclear for many in the private real estate sector, but that is not stopping a new highest valuation for a single asset in New York. Blackstone has purchased a 49 percent stake in One Manhattan West, in a deal valuing the skyscraper at $2.9 billion. The New York-based firm has purchased the stake from Brookfield and Qatar Investment Authority, Qatar’s sovereign wealth fund. Brookfield and QIA originally planned to develop the building in 2015, as part of a joint venture to build five office properties and a campus on land Brookfield predecessor company Olympia & York began acquiring in 1985. The overall JV was slated to be worth $8.6 billion. This transaction values the Class-A property at significantly more than St John’s Terminal, which Google bought for $2.1 billion last year. The sale injects confidence into a market now showing green shoots amid the confusion, local brokers say.

Initial coin offering
NOYACK Logistics Income, a Southampton, New York-headquartered non-traded industrial REIT, has become the first real estate vehicle to accept cryptocurrencies as a form of investment. The vehicle began capital raising last year and markets itself as an alternative to private equity-managed non-listed REITs, such as those of Blackstone, Apollo and KKR, per its website. Conversations PERE had with some market participants suggested the “novelty” practice is unlikely to hit the institutional space any time soon. One noted that ICOs (initial coin offerings) were all the rage a few years ago, but have since gone quiet. “Maybe it would become more common on a lesser institutional scale as a way to try to attract a deeper bidder pool, or in a country with a currency and leases denominated in a non-major currency,” one participant said of the practice. But it will take time before the approach shifts the top of the market.

New homes for Proptech capital
Proptech investors have picked a favorite asset class. Manager MetaProp’s latest global proptech confidence index report for year-end 2021 reveals most investors in the space are seeking exposures to single-family rental properties. Over a quarter of investors are interested in the residential subsector, an 18 percentage point increase in the last six months. Office, the previous top choice in the space, dropped 8 percentage points in the same span, with only 22 percent of investors now interested in the embattled sector. Technology has, in part, enabled the growth of the SFR space, allowing institutions to manage properties over larger geographical areas. The sector has a lot of institutional room to grow and this growing appetite to modernize it could accelerate the process.

Increasing importance
Every environmental issue currently measured by the industry is likely to increase in importance for real estate equity and debt investors in the coming years, per PwC and ULI’s latest report. Many of the issues of most important to investors still have the most room to grow, the report says.

AIM hire
The Alberta Investment Management Corporation has hired a new head of real estate. Paul Mouchakkaa is set to join the Edmonton, Canada-based manager of 32 Alberta pension, endowment and government funds in early May. Mouchakkaa comes over from an almost two-year stint at BentallGreenOak, where he served as a managing partner and head of Canada. Before BGO, he was a managing investment director and head of real assets at the pension California Public Employees’ Retirement System. Mouchakkaa will report directly to James Barber, co-CIO and head of private investments of AIMCo, and oversee its $18 billion in real estate assets under management. Mouchakkaa replaces Michael Del Ballo [his LinkedIn here], who had been in the role since December 2000. He retired at the start of this year.

ADIA continues re-upping the ante
Last year, PERE analyzed the real estate activities at United Arab Emirates’ based sovereign wealth fund ADIA after external commentators determined the once-biggest institutional investor in private real estate was falling from its mantle following notable senior departures. We found ADIA’s condition to not be black and white. While its reduced leadership, coupled with travel restrictions caused by the pandemic, had led to a decrease in direct investment, its indirect channels, of which the state investor has plenty, remained firing on all cylinders. As part of that pivot, existing partners have been receiving notable re-ups, including Asian logistics manager LOGOS which announced late last week it had completed a capital raising for its LOGOS Australian Logistics Venture after garnering an undisclosed ticket from ADIA. The capital means it can now target a portfolio valued at more than A$5 billion ($3.7 billion; €3.36 billion), including the purchase of a number of development sites already in exclusive due diligence. That is up from the current value of the venture’s assets which is A$3.7 billion.

The war in Ukraine is a global humanitarian crisis. Estimates as of March 21 placed the death toll at over 19,000 with tens of millions displaced. Some in the real estate industry are looking to help those affected in myriad ways. For instance, London-based MARK, a multi-asset fund manager, has organized a fundraiser [donate here] to help fund UNICEF’s efforts. More about that effort can be found on CEO Marcus Mejer’s LinkedIn.

Anthony Biddulph, head of funds placement for Europe at JLL, was even more hands on. Biddulph and his brother delivered supplies to Przemyśl, a town on the Poland-Ukraine border. Read his personal account here. There is another link for giving financial support in the account.

If you would like to help those affected, here are some charities raising money to help the Ukrainian people and those who have fled: