“Companies have been rethinking ways of working for a number of years, but this shift was accelerated by the pandemic. It brings significant opportunities for real estate investors” 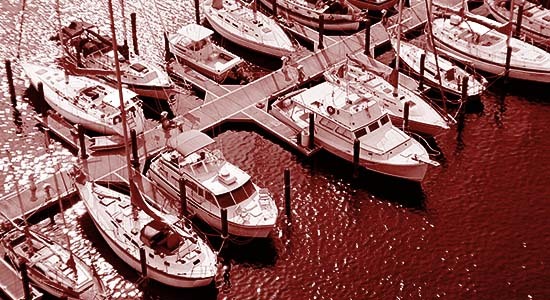 Alternative reality
Centerbridge Partners has parlayed its expertise in alternative real estate types into a $2.3 billion close on its second real estate fund. The value-add Centerbridge Real Estate Partners Fund II blew past its $1.5 billion target and more than doubled the size of its predecessor. Along with a strong track record from CREPF I and its pre-fund investments [read about its performance in our coverage here], the firm also hit the fundraising trail with a history of managing assets well outside the normal realm of real estate, including boat marinas and cell towers. At a time when investors are craving anything other than offices and retail, it pays to think outside the box.

Perpetual motion
Blackstone‘s non-traded real estate income trust, BREIT, has its first splashy acquisition of 2022. The mega-manager used the core-plus vehicle to purchase the outstanding shares and debt of Resource REIT for $3.7 billion, a price that represents a 63 percent premium to the company’s net asset value [see the press release here]. The deal nets Blackstone 42 garden-style apartment communities consisting of 12,600 units through 13 states, playing on its long-running conviction toward residential strategies. It also shows the power of perpetual-life capital, something Blackstone has touted in recent years as it more frequently taps open-end funds to execute big transactions.

Haven can’t wait
Landmark Properties, the largest developer of student housing in the US, is setting its sights on achieving a similarly notable stature in the country’s more established institutional multifamily sector. The Athens, Georgia-based manager announced last week it was acquiring assets from Atlanta-headquartered Haven Communities, enveloping its team in the process. Landmark CEO Wes Rogers said the move in part stemmed from a desire to make the most of its “infrastructure”, with capabilities honed managing student accommodation applicable to the management of multifamily assets as well. He said: “While the multifamily space is certainly more competitive than the student housing sector, we feel that our strategy, along with our execution capabilities, will enable us to create outsized risk-adjusted returns for us and our partners over the long term.”

Data driven
Demand for digital real estate is a global affair. Singapore-based Keppel Capital Holdings saw this play out with its second data center fund, Keppel Data Centre Fund II, which closed on $1.1 billion to invest in the red hot property type in both Europe and Asia-Pacific. The firm also attracted commitments from investors in both regions, too, including a $150 million check from the Chinese government entity, Asian Infrastructure Investment Bank, which includes a $100 million to the fund and another $50 million in sidecar co-investment. The fund is nearly triple the size of Keppel’s first data center offering, Alpha Data Centre Fund, which closed on $350 million in 2016. A lot has changed since then, especially when it comes to demands for data storage.

Nordic resilience
No prize for guessing which European real estate markets scored best in Oxford Economics’ obsolescence index, released for the first time last Wednesday. Having determined its methodology for assessment, the research provider found the Nordic countries of Norway, Sweden and Denmark were the locations with the lowest obsolescence risk. They stand to benefit from the “most defensive future returns over the medium to longer term as investors re-weight portfolios to align with net-zero commitments,” said Oxford Economics. Speaking of which, be sure to check out PERE’s exclusive interview with Claus Mathisen, CEO of the Nordics’ biggest manager, NREP, in which he discusses how the firm will achieve its ultra-ambitious aim of getting its AUM, currently around €14 billion, to generate net-zero carbon emissions by 2028. That will be out next week.

Long exposure
Public and private pensions have the greatest allocations to real estate among those surveyed for the PERE Investor Report 2022.

New ground
Ivanhoé Cambridge has partnered with Greystar in a joint venture focused on Chilean apartments. The partnership is the first cross-border institutional investment in the region and marks the first time Ivanhoé has invested in Chile. The Canadian pension investor has previously invested in bigger Latin American countries, such as Brazil and Mexico. The move continues the longstanding relationship between the firms, after Ivanhoé bought Greystar’s entire US fund for $3.6 billion in November. This is the latest move by the investment arm of Canadian pension fund Caisse de dépôt et placement du Québec to globalize its portfolio. It formed a JV with Allianz Real Estate to boost its Japanese exposure at the end of last year.