“There’s going to be a lot of funds raised that are going to be disappointed in terms of the pricing that they can achieve on acquisitions.” 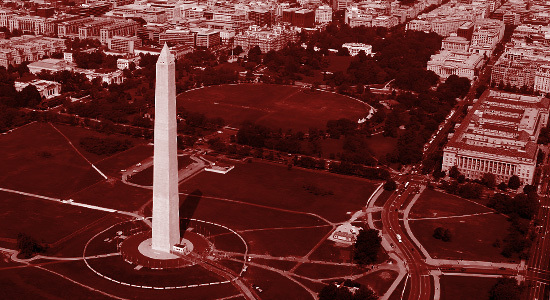 Demographic-driven
US private equity firm Carlyle Group is back in the market with its latest opportunistic real estate fund. The firm is targeting $6 billion for Carlyle Realty Partners IX, according to a board memo published by the Pennsylvania Public School Employees’ Retirement System. The US pension is considering a $200 million commitment to the latest fund that will be invested in demographic-driven investment themes across the US. According to the document, Carlyle is planning a first close for the fund in June. If raised successfully, CRP IX will be the largest fund in the firm’s flagship series, followed by the $5.5 billion CRP VIII, a 2007-vintage fund that was generating a 9.8 percent net IRR as of September 30, 2020.

Fund times for Oxford
When it comes to raising a debut private real estate fund, a manager could do worse than winning a commitment from one of the world’s largest property investors. Oxford Properties Group was one of five Canadian institutional investors that participated in the first close for Toronto-based real estate manager Dream Unlimited’s open-ended real assets impact investing vehicle. It invested in Dream Impact Fund along with Scotiabank, Toronto Dominion Bank, 1832 Asset Management and Canadian Imperial Bank of Commerce. The vehicle also marks the first impact fund investment for the real estate arm of Canadian pension plan OMERS, which ranked 34th on PERE’s Global Investor 100 list. Fund commitments are relatively rare for the real estate investor, which has favored making direct investments through joint ventures and platforms in recent years. Oxford’s last publicly disclosed fund investment was its commitment to GLP’s GLP Europe Income Partners I and GLP Europe Development Partners I in 2018.

LP perspective: positivity is two years out
Institutional capital’s confidence in real estate has taken a hit, at least in the short term, a PERE Landscape Study finds. Conducted as part of our wider Investor Perspectives 2021 report published this month, the survey reveals the uncertainty brought on by covid-19. But the good news is that investor faith in the asset class is expected to rebound over the next two years.

Just 25 percent of investors polled globally indicate they have a positive sentiment toward making real estate investments in the first half of 2021. That rises to 34 percent in 12 months’ time and doubles to 50 percent in two years’ time. Read the full Perspectives 2021 Study here.

‘War-footing’
The light at the end of the of the covid tunnel grew a little brighter last week. During a Thursday night address, President Joe Biden said vaccinations in the US are nearing 100 million, thus paving the way for a return to normalcy by mid-summer. In the meantime, he said, the country is on a “war-footing” to combat the pandemic’s economic impacts thanks to a $1.9 trillion stimulus package he authorized earlier that day. The third major round of funding includes several provisions that will benefit real estate owners and investors.

Leaning on logistics
Unsurprisingly, the US is the leading market for logistics square footage per consumer household, according to sectors specialist Prologis.

Bucking the trend
If offices are dead, someone clearly forgot to tell Asia’s biggest markets. The sector grew by 3.1 percent in the region last year, nearly twice the typical rate of 1.7 percent, according to a report from New Jersey-based manager PGIM. Beijing, Shanghai and Tokyo saw the greatest uptick in deliveries, continuing a trend that started pre-pandemic. But global office supply is also expected to stagnate because of project postponements, construction delays and outright cancellations, PGIM projects.

TPG in pole position
McLaren might be the next company to sell its ‘mission-critical’ real estate into institutional hands. The supercar maker is reportedly on the verge of turning its purpose-built UK headquarters over to US private equity giant TPG Capital in a £180 million ($250 million; €210 million) sale and leaseback. Many firms have used such transactions to monetize hard assets and stay buoyant during the pandemic. McLaren, owned by the Bahrain sovereign wealth fund Mumtalakat, has already sought to raise equity from existing shareholders and debt from a range of lenders, Sky news reports [coverage here]. The company also sold a stake in its racing division to a consortium led by MSP Sports Capital. For buyers, the appeal hinges on how integral the property is to the occupying business and the credit of the seller-tenant.

Down, not out
It was a rough year for the California Public Employees’ Retirement System‘s real estate portfolio last year. The asset class produced a 0.7 percent net return through the third quarter of 2020, according to a semi-annual performance review given by the Meketa Investment Group at the $450 billion pension’s investment committee meeting yesterday. CalPERS was hampered by its retail exposure, which, at 18 percent of its allocation, exceeds the 15 percent benchmark set by MSCI. But the group is not giving up on malls. “You’re going to see, when its safe, very high turnout at retail facilities and therefore a bulge or surge in retail sales from pent up demand,” David Glickman of Meketa said. “[That has been] partially taken up by e-commerce. But that doesn’t have the same kind of thrill as going and shopping in person.”