“I suspect the Chinese government is on top of this, and I don’t doubt they will deal with it severely, but I don’t think it will have the global effects the market is suggesting”

Hungry for lab space
Brookfield Asset Management is showing no signs of slowing down in life science real estate. Six months after completing its $3.4 billion US lab office portfolio sale to Blackstone, the Toronto-based alternative asset manager is pushing back into the sector by teaming up with US life science real estate owner and operator King Street Properties. Through the partnership, Brookfield intends to invest $2 billion of equity in both King Street’s life science real estate pipeline and operating platform through its global opportunistic real estate fund, Brookfield Strategic Real Estate Partners IV. Whereas its prior US life sciences portfolio was made up of stabilized assets and primarily focused on the Cambridge/Boston area, Brookfield’s new partnership will target development and redevelopment projects and also invest in other life sciences clusters such as San Francisco, New York and Raleigh/Durham, North Carolina. The King Street deal follows Brookfield’s March acquisition of Arlington, a UK science, innovation and technology real estate platform, for £714 million ($995 million; €835 million).

Studio strategies keep rolling
TPG Real Estate Partners is the latest private equity real estate platform to zoom in on the content creation space. The real estate arm of the US alternative asset firm has made its first investment in the sector, acquiring a significant stake in Germany’s Studio Babelsberg from its main shareholder Filmbetriebe Berlin Brandenburg GmbH. As part of the transaction, TREP plans to launch a public tender offer to buy all Babelsberg’s outstanding shares. Michael Abel, partner at TREP, referred to Babelsberg, which is located close to Berlin’s city center and airport, as “Germany’s premier Hollywood-level studio.”

In other European studio news, Aviva Investors, the asset management business of UK insurer Aviva, has signed a long-term agreement with entertainment company Netflix to operate and significantly expand the film and production facilities at the renowned Longcross Studios complex – where James Bond, Marvel and Star Wars movies have all been filmed – in the English county of Surrey. As part of the deal, Aviva has also increased its land ownership at Longcross – which it has co-owned with UK homebuilder Crest Nicholson since 2003 – by buying the remaining stake in a 72-acre film production site from the latter. 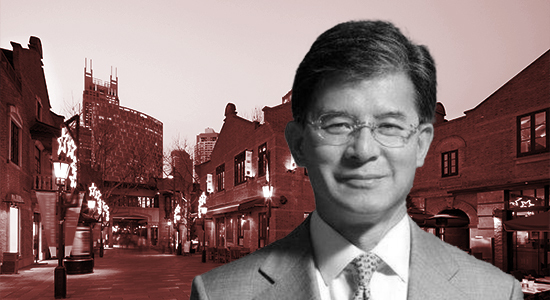 Retail for retail’s sake
Retail money has been slated for Shanghai’s famous pedestrianized shopping and entertainment district Xintiandi. Hong Kong developer Shui On Land, led by well-known property mogul Vincent Lo, last week filed for the listing of a company containing its completed and income-producing properties in mainland China. The flotation, which is being supported by banks Morgan Stanley and UBS, could raise as much as $500 million, a Bloomberg report revealed, with the proceeds being used by the company to deleverage and finance new developments. A public outcome for the properties is a far cry from the saga Shui On endured capitalizing its properties via private, institutional capital. In 2008, the firm sold minority stakes in developments to China’s first $1 billion private equity real estate fund, run by first-time manager Winnington Capital. PERE reported on the unravelling of that partnership as it proved disastrous for its 145 investors over many articles during the subsequent years. For a deep dive analysis of that fund, click here.

‘Net Zero’ gets an update
The real estate industry’s race to net zero has raised concerns about managers greenwashing the carbon footprints of their property portfolios [see our coverage here]. The World Green Building Council is tackling the issue head-on by updating its Net Zero Carbon Buildings Commitment to not only require building owners to reduce and offset all carbon emissions produced from operating existing properties by 2030, but also to account for the ‘whole lifecycle impact’ of newly built or heavily renovated assets beginning on January 1, 2023. The latter requirement calls for such properties to be highly efficient and powered by renewable energy, with maximum reductions in embodied carbon and compensations for residual emissions. In addition, the updated commitment calls on signatories to track and report business that results in the indirect reduction of ‘whole life’ carbon emissions.

A new route to healthcare
As appetite for healthcare real estate accelerates, managers are needing to find non-conventional access points to grow their market share these days. Two cases in point were announced last Wednesday, when Boston-based AEW Capital Management and New York-headquartered KKR accessed assets via recapitalization transactions. AEW completed a $245 million recap and financing of a 31-strong medical office portfolio comprising 545,000 square feet across 10 US states. KKR, meanwhile, formed a joint venture with Indianapolis-based Cornerstone Companies to recap 25 properties extending to 713,000 square feet previously held by the latter. “This is a reflection of a continuing trend we are seeing across asset classes with the sponsors electing to continue to create value and grow AUM,” said Ted Flagg, senior managing director at JLL Healthcare Capital Markets, which brokered the AEW deal. Private real estate recaps are indeed in vogue. Specialist Landmark Partners said in its annual real estate secondaries report, recapitalizations accounted for 66 percent of $8.5 billion of transacted deals last year.

Landlords cool on tenant support
The percentage of property owners now ‘very willing’ to provide rent relief or abatement has fallen to 12 percent from 33 percent a year ago. 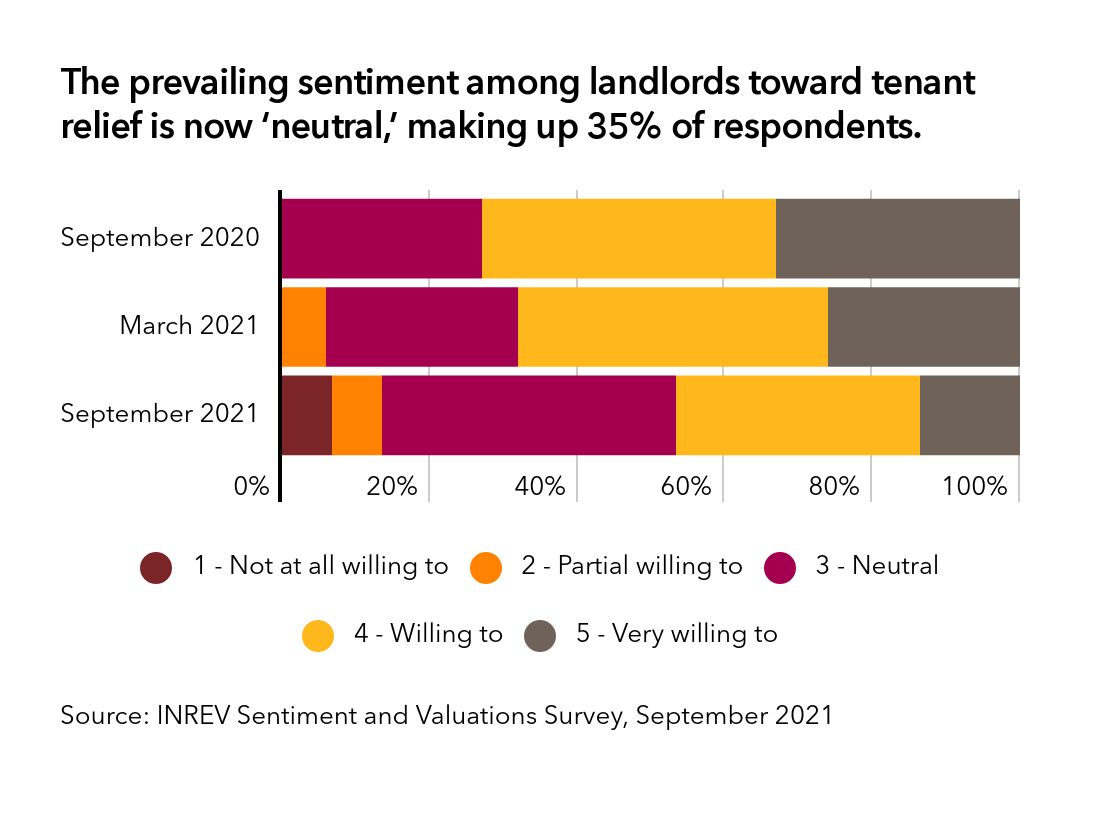 Live and in person
After an extended hiatus, Europe’s premier private real estate event has once again opened its doors to in-person attendees at No. 11 Cavendish Square in London today and tomorrow. Already, delegates have been treated to insights from William Schwab, former head of real estate for the Abu Dhabi Investment Authority, strategic outlays the likes of CPPIB and Ivanhoé Cambridge, and a conversation between Frans Heijbel, head of international real assets for the Swedish pension Alecta, and PERE’s own Evelyn Lee.

For those in attendance, this afternoon will provide a bevy of panels tackling both the debt and equity sides of the market – as well as some long-awaited networking opportunities. Those not able to join can still tap into the conference’s insights digitally after the fact via the PERE Global Passport.

A preferred partnership
With low cap rates and ample liquidity in the US residential sector, Ivanhoé Cambridge sees an opportunity to provide low-cost gap financing to stabilized platforms. Through a programmatic joint venture with Denver-based manager Walker & Dunlop Investment Partners, the Canadian pension investor will make preferred equity investments in apartments, student housing and manufactured homes. The financial terms of the partnership have not been disclosed.