“The two areas where demand isn’t going to return to the levels it was anytime pre-covid will be hotels and retail … You could get extraordinary deals, extraordinary spreads in those asset classes, but you’re going to have to predict the future that it’s not going to look like 2019, not for a while.” 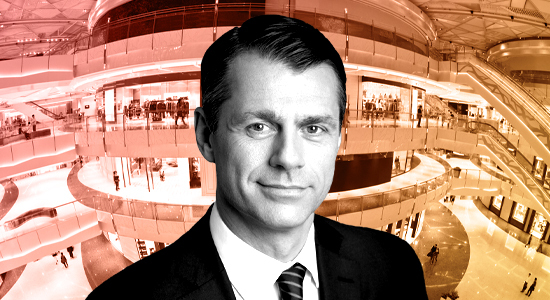 When it comes to the much-maligned retail sector, Brookfield Property Partners chief executive Brian Kingston (pictured) believes “the worst is behind us.” During its second quarter earnings, he said the subsidiary of the Toronto mega-manager has seen 85 percent of its tenants – some 15,000 occupiers – resume business after pandemic-induced closures. While covid-19 lingers in the US and concerns of a second wave this winter loom large, Kingston expects the bulk of the disruption to remain isolated to the second quarter, a period when Brookfield collected just 34 percent of retail rents. See the full earnings report here.

We’ve all heard about troubled real estate opportunities arising from the covid-19 crisis. But those mostly have been concentrated in retail and hospitality. Round Hill Capital, however, is targeting distress in one of the more resilient property sectors during the pandemic: multifamily. The London-based residential investment firm is betting on distress to help fuel the expansion of its US business, which it launched two years ago with an income and growth strategy. Round Hill will be focused particularly on student and workforce housing, both of which are expected to come under strain in the coming months – look out for our story this week.

Office owners eager for insight into how tenants are viewing traditional workspace in a post-covid world have whiplash from watching Facebook. After extending unlimited remote work privileges to its employees earlier this year, the social media titan turned around and signed a 730,000-square-foot lease in the heart of Midtown Manhattan last week. Does this mean the work-from-home movement is more hype than substance? Is this part of the office de-densification trend that has been much predicted? If you have thoughts on this topic, drop a note to Kyle Campbell at kyle.c@peimedia.com.

A survey by New York-based venture capital firm MetaProp found that proptech investors think the office sector is in greatest need of advancement.

Data centers have been a real estate bright spot during the coronavirus era. But that has not saved the most active digital investor from feeling pandemic pain. Colony Capital’s digital shift is in full swing, with such assets accounting for 48 percent of its $47 billion under management. Yet, the Los Angeles-based manager’s legacy assets continue to hamper returns. Last quarter, the firm took a $2 billion write-down on its traditional real estate holdings, per its second quarter earnings report. It plans to sell as much as $300 million legacy assets by the end of the year as part of an accelerated wind down plan.

The real estate secondaries market has been one of the losers of 2020 – so far. Only 25 percent of secondaries buyers expressed an appetite for the asset class, making it the least desired out of 10 strategies (surveyed in a half-year report from Evercore; coverage from our sister publication Secondaries Investor here). Transaction volumes dropped 53 percent year-on-year to $890 million, the second biggest dip after private equity (SI‘s report here). And yet, there is renewed optimism in the space driven by record fundraisings and Brookfield’s entry. Look for a secondaries come back in the second half of the year.

Changing of the guard

Charles de Portes (his LinkedIn here), one of the best regarded industry figures in Asia, is switching gears. The man credited with institutionalizing the logistics asset class in the region will step down as group president of ESR at the end of the year to pursue philanthropic interests. Senior managing director Josh Daitch (his LinkedIn here), who joined ESR from Chicago-based SAJE Capital in 2018, will step into firm’s top post. Though he will relinquish day-to-day controls, de Portes will remain a key shareholder and chairman emeritus.

The Hong Kong Monetary Authority‘s top real estate manager will take the reins as chief investment officer this fall. Samson Wong (his LinkedIn here) is reportedly in line to take over from Clara Chan (her LinkedIn here), who is set to be elevated to executive director of the semi-autonomous zone’s de facto central bank in October. Wong has been with the organization for more than 11 years.

Ben Meng resigned as chief investment officer of the California Public Employees Retirement System last week, ending his tenure at the biggest US public pension plan after less than two years at the helm. In a statement, Meng cited health and family considerations as reasons for his resignation. The sudden announcement comes just months after Paul Mouchakkaa stepped down as CalPERS’ head of real assets this past spring. Last year, deputy CIO Elisabeth Bourqui left the system after less than seven months on the job.

The turnover within CalPERS’ top brass stands in stark relief against the nearby California State Teachers’ Retirement System – the second biggest US pension, headquartered just across the Sacramento River – where CIO Christopher Ailman and head of real estate Mike DiRé have been on the job for close to two decades apiece.

Ingram out at Illinois Teachers

The Teachers’ Retirement System of the State of Illinois Board voted unanimously to place executive director Richard Ingram on administrative leave, citing performance issues. Chief investment officer Stan Rupnik was named interim executive director while the board conducts a search for a replacement.