“If past cycles are any indication of future cycles, at the margin it means more investment in real estate. I think it starts to accentuate the differences between your lease duration and the ability to actually capture inflation through higher rents”

Final call for Women of Influence nominations!
Are you a woman in real estate who should be commended for your impressive achievements over the past year? Do you know someone who is? Is she a superstar who would never think of nominating herself? If you have answered yes to any of these questions, then please make your submission for the second annual PEI’s Women of Influence in Private Markets list, which highlights outstanding female professionals in real estate, private equity, infrastructure, private debt, venture capital and cross assets. You have until this Friday, April 1 to submit so don’t let an exemplary female professional and her accomplishments in private real estate go unrecognized. Check out our submission guidelines here and you can nominate through this link here. 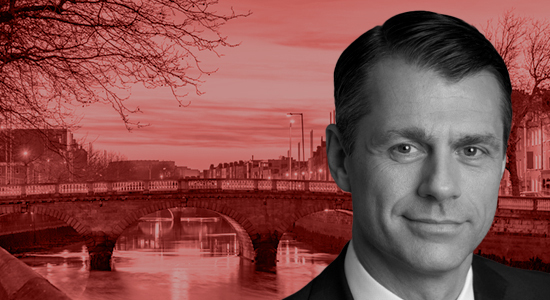 And Hibernia makes three
Another week, another privatization event. The spate of real estate investment trusts being taken private or recapitalized via private money continues with Brookfield‘s cash purchase of Hibernia REIT, a Dublin-focused office specialist. The Canadian mega manager will pay a shade under €1.1 billion for the portfolio, or €1.63 a share. While Brookfield’s offer price represents a more than 35 percent premium to the closing price on March 24, the total acquisition cost is a 5.7 percent discount on the overall portfolio value as of the end of last year. The transaction, which is expected to close in late Q2 2022, will be Brookfield’s third European office takeover this year, following the acquisition of German office REIT alstria in January and a public tender offer to buy Belgian office specialist Befimmo SA last month.

A yen for European logistics
GLP has tapped into a new capital source for its pan-European logistics income funds. The Singapore-based logistics giant has attracted Japanese investors for the first time with the latest offering in the series, GLP Europe Income Partners III. The firm raised a total of €1.2 billion in the vehicle’s first close, with most of the capital coming from existing investors. The initial close for GLP EIP III follows the final close for the €1.6 billion, 2020-vintage GLP EIP II, which was backed by limited partners that included the National Pension Service of Korea, according to PERE data. The vehicle was fully deployed within 18 months, thanks to strong occupier demand and low vacancies across major European markets, the firm said.

CapitaLand sells to itself
Singapore’s CapitaLand Investment has gained full ownership of a Class A office building in the city-state via a transaction where it was on both sides of the deal. CLI’s commercial REIT CapitaLand Integrated Commercial Trust and its newly established discretionary core fund, CapitaLand Open End Real Estate Fund, have purchased 79 Robinson Road, located in Singapore’s central business district for $930 million. The seller, meanwhile, was Southernwood Property Pte Ltd, a special purpose vehicle in which CLI held a 65 percent stake. A joint venture between subsidiaries of Japanese conglomerate Mitsui & Co and Tokyo-based real estate company Tokyo Tatemono owned the remaining 35 percent interest.

Aussie allure
Australia rose to become the second most popular destination for Asian outbound real estate capital in 2021, after coming in fifth place only two years prior, according to a new CBRE report. The country received $6 billion of investment from its regional peers last year and is now behind only the US, which was the significantly larger beneficiary of $21.6 billion in Asian investment. The report noted Korean institutional investors and real estate funds are particularly interested in Australia’s office market. Notably, South Korea’s NPS’s $881 million acquisition of Melbourne Quarter Tower Office was the fourth biggest Asia outbound investment deal in 2021 across all geographic regions.

A key logistics challenge
Logistics may be one of the most sought-after property types, but modernization remains an ongoing challenge for the sector, according to a new report from commercial real estate brokerage Newmark. In the US, more than two billion square feet has been delivered in the sector within the past decade and an additional half a billion square feet is expected to be completed over the next two years. However, more than 70 percent of existing US industrial space was built before the 21st century and a third of the inventory is over 50 years old. Moreover, the logistics markets that serve the largest metro areas and most important seaports in the US must contend with industrial stock that is among the oldest in the country. For example, the average age of industrial inventory is 56 years in Northern New Jersey and 48 years in Chicago, which has the largest industrial inventory in the country, the report stated.

Developing a presence
Build-to-rent properties have become a quarter of the US single-family rental market, according to a new report from the National Rental Home Council and John Burns Real Estate Consulting; a signal that institutions entering the space see the value in built communities over single-asset acquisitions.

Experienced hand
A couple of months after Belgium-based Immobel Group launched its co-investing platform Immobel Capital Partners, the manager has added an experienced capital raising professional. Monica O’Neill [her LinkedIn here], former co-founder of Tristan Capital, has been hired as head of capital and investor relations. She will report to Duncan Owen, chief executive officer of the recently established platform and former global head of real estate at Schroders Capital. O’Neill most recently served as chief executive of her own consulting firm ENSO Advisors and was also a member of proptech firm MetaProp‘s advisory board for almost three years, stepping down from the latter role last year.

Another day, another data center JV
CPP Investments has found yet another partner in one of the hottest niche asset classes in the market. The Toronto-based investor has formed a 200 billion won (€148.6 million; $163.2 million) joint venture with Newport Beach, California-based Pacific Asset Management Company to build the largest carrier-neutral data center in South Korea. Other investors in the joint venture include Korean internet data center firm Dreammark 1, Korean e-commerce specialist GS Retail and Korean listed securities adviser Shinhan Investment Corporation, per a release. CPP’s latest partnership follows the formation of a JV for C$400 million (€290.4 million; $318.8 million) with Tokyo-based Mitsui & Co to build data centers in Japan last year. The investor also partnered with Keppel Capital and its subsidiaries in 2017 to develop data centers globally, committing up to C$500 million to that venture.