“People want to come back to New York. The flight to Florida, the flight to different cities, I think is temporary.” 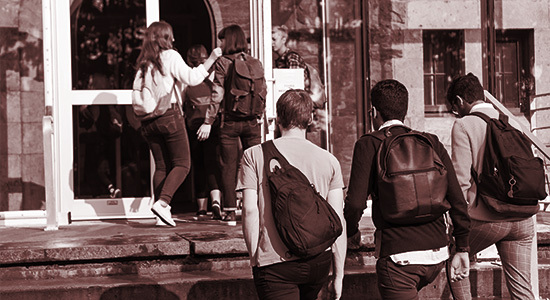 Classes are back in session
The world is reopening, and many universities are anticipating a return to in-person teaching in the fall. Unsurprisingly, private real estate’s biggest managers anticipate a subsequent uptick in demand for student housing and are putting capital to work to capture share of a market they expect to be revitalized. On Thursday, it was reported Brookfield Asset Management was in advanced talks with Chicago-based student housing operator Scion Group to acquire at least $1 billion of properties across the US in what would be the Toronto-based manager’s entry into the sector in the country.

A day later, New York-headquartered Blackstone and Athens, Georgia-based Landmark Properties announced the formation of a $784 million joint venture formed to recapitalize a portfolio of 5,416 beds. “We’ve seen a very quick uptick in student housing occupancy to pre-covid levels, which is one of the reasons we’re so bullish on the space,” said Jacob Werner, Blackstone senior managing director. According to the National Multifamily Housing Council, the US student housing market is expected to grow to 9.2 million beds by 2031 from 8.5 million last year. While Brookfield is a new entrant, Blackstone has sought to capitalize on this projected growth for some time, registering notable deals stateside and other parts of the world.

Monmouth’s rival attention continues
Starwood Capital has refused to throw in the towel in its pursuit of the approximately $3 billion-valued New Jersey-based logistics REIT Monmouth Real Estate and has even taken off its gloves to get the deal done by issue damning remarks on the preferred bid of a rival. Last Thursday, Barry Sternlicht’s private equity real estate manager upped a takeover bid for the 120-property business to $19.20 a share in cash. That was higher than a revised $19-a-share bid from Monmouth’s apparent preferred option, Sam Zell’s Equity International. With the latter bid coming in the form of stock via a merged entity with Zell’s Equity Commonwealth REIT, Starwood managing director Ethan Bing labeled that option as being “committed to the interests of Monmouth insiders rather than its fiduciary duty to maximize value for all Monmouth shareholders”. This battle continues to rage with a decisive blow still to be dealt.

Just when you thought it was over
Digital Bridge has not quite washed its hands of traditional real estate just yet. The firm, formerly known as Colony Capital, is in the process of exiting the last of its troubled hotel assets, according to court documents unearthed by The Real Deal (see its coverage here). The 48-property portfolio is being offloaded to an undisclosed buyer for an unspecified price. The sale is meant to satisfy Digital Bridge’s commitment to bondholders of a $794 million commercial mortgage-backed security conduit that defaulted last year. The Florida-based digital infrastructure specialist appeared to have completed its years-long pivot away from traditional real estate in June, when it offloaded its $2.7 billion “other equity and debt” portfolio to Fortress Investment Group for $535 million. Clearly, it still had a few distressed assets left in the tank.

A token of their appreciation
The concept of tokenization is not new in real estate. Ideas for using digital securities have been bandied about for years. But actual use by institutional managers has been scarce. Investcorp put the emerging technology to the test, syndicating ownership of a US multifamily portfolio by selling digital securities on the Singaporean private capital exchange ADDX. It raised $150 million. Backed by blockchain technology, digital securities are issued and serviced in a largely automated manner, Investcorp says. As a result of this lower cost of capital, the firm was able to reduce its minimum ticket size from $500,000 to $20,000, opening the platform up to a broader pool of individual investors. The ADDX Exchange also offers a secondary market for investors to trade their shares. Unlike a typical, blind-pool private equity fund, investors were buying into a known pool of assets. But the raise demonstrates the potential for private capital markets to be digitized.

Core’s K-shaped recovery
The US commercial property market estate market bounced back in a big way last quarter. According to the National Council of Real Estate Investment Fiduciaries, the sector registered a total return of 3.59 percent, its highest since Q2 2011. This was driven largely by the industrial sector, which posted a record return of 8.88 percent on the quarter, as well as apartments, which hit 3.62 percent, the highest return in a decade. Meanwhile, office, retail and hospitality continued to sputter along at 1.44, 0.9 and 0.6 percent, respectively. None of this is surprising, but it speaks to the divergent nature of the current recovery.

Loving life (sciences)
Most of the biggest life sciences platforms, as measured by ownership by square feet, are owned by listed REITs.

Oxford Properties switches from lender to buyer
Oxford Properties last week took a step closer to its stated aim of having one-third of its real estate be industrial by buying 149 infill and light industrial assets in the US from New York private equity giant KKR for $2.2 billion. The property investment business of Canada’s Ontario Municipal Employees Retirement System in fact had invested in the assets before – previously as a lender of junior finance to its seller in the deal. In a statement, Chad Remis, executive vice-president of North America, said the deal demonstrated the “power of Oxford’s fully integrated credit business” for driving investment synergies and attractive returns. He said: “Having previously been a mezzanine lender on the portfolio acquired from KKR, we have a high degree of conviction on the growth potential of these assets.”