“The real estate industry is really changing faster than we’ve ever seen it change before. I think it’s changed faster in the last five years than it had in the previous 30 years.”

Laura Hines-Pierce, the new co-chief executive of Hines, on how her perspective will benefit her family’s 65-year-old business. See our interview here. 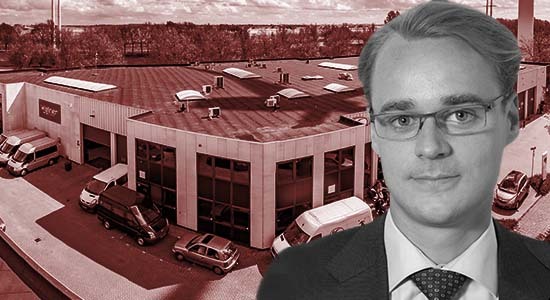 Like BioMed, only bigger
This morning, Blackstone announced the €21 billion recapitalization of Mileway, its pan-European last-mile logistics platform, in the largest-ever private real estate transaction. Similar to Blackstone’s $14.6 billion recapitalization of its life sciences portfolio company BioMed Realty Trust, existing investors in Mileway have agreed to recapitalize the company along with the New York-based mega-manager’s core-plus real estate business. The parties intend to hold the business long-term, which will allow Blackstone to continue “to create value for investors seeking core-plus returns,” James Seppala, Blackstone’s head of real estate Europe, said.

As with the BioMed deal, the majority of capital for the recapitalization is coming from existing investors, which were given the option to retain or increase their stake in the company or exit for cash. Blackstone began amassing the assets for Mileway with equity from its Blackstone Real Estate Partners Europe funds six years ago. Today, Mileway has grown into Europe’s largest last-mile logistics company, with more than 1,700 assets totaling 158 million square feet across 10 countries.

Heavy lies the Crown
In other Blackstone news, the firm has finally reeled in its great Australian gambling fish after nearly a year of angling. The mega-manager has struck a deal to acquire Crown Resorts for $6.3 billion [see the Wall Street Journal’s report here], up $300 million from its initial offer last March. Crown owns two of Australia’s biggest gambling complexes, Crown Perth and Crown Melbourne, and at one point counted its national rival, Star Entertainment Group, among its potential suitors. The addition of Crown adds to Blackstone’s budding casino empire, which includes several iconic properties on the Las Vegas Strip. It is also part of a broader move toward institutional ownership of gaming assets.

APAC M&A
Mergers and acquisitions have been on the rise during the past two years, although much of that activity has been concentrated in the US and Europe – until now. Manulife Investment Management, the asset management arm of the Canadian insurance company, has struck a deal to acquire a significant minority stake in Hong Kong-based ARCH Capital Management. The transaction gives Manulife, which is primarily a developer of core real estate, more exposure to the Asia-Pacific market as well as access to ARCH’s suite of value-add and opportunistic funds. For ARCH, the union provides access to new markets and an anchor investor for its future funds in Manulife. Together, the firms have about $5 billion of assets under management throughout 12 APAC markets.

Retail therapy
California Public Employees Retirement System and First Washington Realty have partnered to purchase grocery-anchored shopping center specialist Donahue Schriber Realty Group. In a deal set to be worth over $3 billion, the investor will acquire a portfolio of 60 properties in California and the Pacific Northwest. The private REIT’s portfolio was amassed by former Starwood Retail Partners executives Michael Glimcher and Kevin Halleran. Grocery-anchored shopping centers make up 7.6 percent of CalPERS’ real estate portfolio. “The demand for groceries and the re-opening/increased operating capacities of various businesses has begun to result in improving fundamentals,” a Meketa report for CalPERS’ February 15 investment meeting stated.

New sheriff in town
If anyone questioned whether Gary Gensler’s chairmanship of the Securities & Exchange Commission would lead to a substantially different regulatory environment, last week’s proposed rule changes should remove any doubt  [read our coverage here]. The agency floated a litany of amendments that would fundamentally alter not only how the industry is regulated, but also how managers interact with investors. Practices such as performance disclosure and liability indemnification that were once negotiated on an individual basis will be standardized across the industry. Rules about borrowing, portfolio company finance and recapitalizations were also included. With Gensler championing greater transparency for the industry and more investor protections, some in the industry fear this is only the beginning. 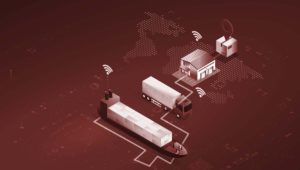 A perfect storm
Tenants cannot get enough of logistics facilities due to the inexorable growth of e-commerce and ongoing supply chain disruption. With the supply chain moving from a ‘just in time’ to ‘just in case’ inventory model, occupiers are securing more industrial space to accommodate safety stock and bringing back nearshoring. However, the supply of space is already at record lows, investors and developers are having difficulty procuring materials to build new facilities, labor is costly and scarce, and consumers want their goods ever faster. This dynamic puts landlords in a favorable position the world over. PERE’s new Logistics report [download it here] finds that the pressure is not expected to abate for another three to five years.

Not-so-secret garden
Who needs a shiny office tower when you can own a dozen sprawling, low-rise apartment complexes? That is how many managers are viewing today’s investment landscape. As such, garden apartments have become the trophy assets of 2022. During the past two months, Blackstone has already acquired two REITs specializing in this property type at a total price tag of more than $7 billion. Numerous other managers have made purchases in this space, too. In fact, it has gotten so crowded that Waterton, a long-time fix-and-flip manager in the space, has opted to get into ground-up development, where it sees more attractive yields. We explore why the space has received so much attention – and capital – as of late here.

Private answer
KKR is rethinking its capital intake, with startling similarities to its acquisition aggregation strategy. “Historically, private wealth has contributed about 10 percent to 20 percent of the money that we raise annually,” Robert Lewin, chief financial officer, told investors during KKR’s Q4 and year-end earnings call. “We believe over time that it should be 30 percent to 50 percent of the money that we raise.” It is the latest sign of a private equity giant dialing up its intake of individual investor capital. To facilitate its growth, the New York-based firm will focus on growing its wirehouse, broker-dealer and RIA relationships in the US, with global and regional private banks the target in its non-US markets. The firm recently hired Andrew Cocks and Mark Tucker, formerly of Blackstone and HSBC respectively, to lead a new European team focused on private wealth, with more hires slated this year.

Exponential growth
Land prices in the world’s biggest logistics markets have exploded in recent years, according to a Prologis report.

Switching sides
National Pension Service of Korea executive David Park [his LinkedIn here] has joined San Francisco-based real estate investment manager Stockbridge as managing director. Park will focus on acquisitions, capital formation and portfolio strategy for the firm’s opportunistic and platform business, which is primarily focused on large-scale programmatic ventures. Park was a senior vice-president in NPS’s New York office for six years and was responsible for real estate investments in the Americas across core, value-added, opportunistic and credit strategies. NPS previously formed a joint venture with Stockbridge to invest in US core logistics properties in December 2020. In Park’s hiring announcement, Stockbridge executive managing director Terry Fancher said the new hire’s NPS track record “provides us valuable perspective, particularly in our pursuit of scalable, thesis-driven investment programs tailored to the preferences of a global investor base.”

An Asian proptech opportunity
Canada’s Ivanhoé Cambridge and Dutch pension fund manager APG Asset Management have made their first proptech investments in Asia-Pacific. The two have made committed undisclosed sums to Taronga Ventures’ built environment technology fund, RealTech Ventures I, which invests in emerging real estate technology companies that are relevant to the region. The target companies will also have strong focuses on sustainable and clean technology. Sylvain Fortier, chief investment and innovation officer at Ivanhoé Cambridge, said the investment will help “identify emerging trends across the built environment and accelerating the adoption of technologies targeted at the decarbonization of the real estate sector.”

A flourishing partnership
South Korea’s Public Officials Benefit Association and The California State Teachers’ Retirement System have jointly lent $235 million to a pair of US apartment assets, according to local press report. It is understood that the investments were made from the $600 million joint venture targeting US commercial real estate loans established by the pair last year. Managed by US manager PCCP, the vehicle has an IRR target of 8 percent.