“What I believe with strong conviction is that offices will be a critical ingredient in the workplace equation. And virtually every CEO I talk to agrees with that premise.” 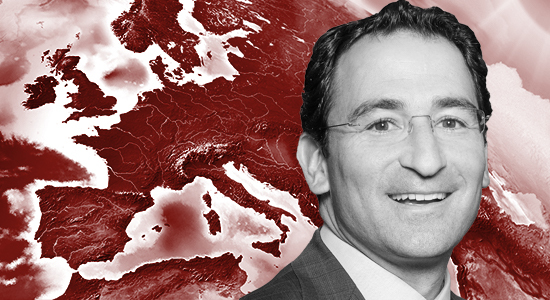 The not-so-little engine that could
Blackstone’s core-plus real estate platform is continuing to fire on all cylinders, having raised €250 million in the first close for its new European Property Income strategy from individual investors. The new perpetual-life strategy will focus on largely stabilized, income-generating European real estate, particularly in the firm’s high-conviction themes of logistics, knowledge-center office and residential housing. To date, Blackstone has made one investment – the acquisition of a UK logistics portfolio – through the vehicle, which is being offered through the firm’s private wealth solutions group. Launched eight years ago, Blackstone’s core-plus real estate business had grown to $85 billion of assets under management across five vehicles as of June 30. In Blackstone’s Q2 2021 investor call, president and chief operating officer Jon Gray called real estate core-plus “the largest single engine of perpetual capital and fee-related earnings at the firm.” Meanwhile, Blackstone’s total perpetual capital AUM increased 55 percent year-over-year to $169 billion during the second quarter, representing one of its fastest-growing areas of business.

Checking (back) into hospitality
Imagine student accommodation that also appeals to “design-savvy travelers” and “next-gen entrepreneurs.” Dutch pension manager APG Asset Management and London-based private equity real estate firm Aermont Capital certainly can. That is why they have re-invested in Amsterdam-based hybrid-hospitality provider The Student Hotel with a €300 million funding commitment. According to an announcement on the deal, the money will support expansion and technology investment plans that encompass seven new hotels across Europe, adding 3,000 rooms to its existing built and pipeline of about 11,000 rooms. APG and Aermont are attracted to TSH’s  potential annual revenue of €100 million, which is 25 percent higher than its 2019, pre-pandemic level. The investors first backed the company in 2015. For APG, the exposure to TSH sits alongside investments in hotel brands CitizenM, Archer Hotels, Azora and City ID. A common feature? Gaps in the hospitality sector the investor feels is underinvested.

What’s next for Evergrande?
Faced with mounting delinquencies on bond coupon payments – including a fresh $148 million loan added yesterday – China’s most indebted real estate developer is predictably looking to monetize holdings. China Evergrande Group is reportedly looking to sell a majority stake in its property management business to Guangzhou-based real estate firm Hopson Development [see coverage by Forbes here], as part of a broader restructuring and reorganization plan. Chinese local media Cailian.com said Hopson will pay HK$40 billion ($2.6 billion; €4.4 billion) for a 51 percent stake in the developer’s property management unit. This represents a 28 percent discount to the unit’s current value of HK$55.4 billion. The potential transaction has shed some light on the future of the failing giant. A CBRE report also suggests Evergrande’s situation could play out like that of Chinese conglomerate HNA Group. HNA has been embroiled in a lengthy restructuring process over the past year involving state-owned enterprises. 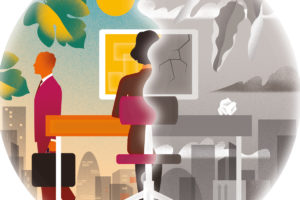 The divergence of office
More than 18 months into the coronavirus pandemic, a playbook has emerged for most property types. It looks something like this: for logistics and rental housing, get all you can; non-essential retail is a repositioning play; hospitality has come back for leisure travel but not business. When it comes to office, though, there is not yet a consensus. Some see it poised for a major resurgence, others see it teetering near the edge of an existential crisis. In some respects, both views are true.

As we explore in this month’s cover story [read it here], the needs of white-collar workers have changed, and their preferences have too. The themes of sustainability and de-densification top most priority lists. Landlords must provide suitable accommodation to cater to these evolutions. Those that provide, or back, the strongest assets will reap the rewards as workers repopulate their workplaces. Those that do not, will see their assets continue to resemble ghost towns.

A quick office rebound? Fuhgeddaboudit
New York is not banking on a rapid recovery for the office market. A report published by state comptroller Thomas DiNapoli last week [read it here] offers a sobering view of the US’s top office market. More than 18 percent of the office space in New York City is vacant (the highest rate in 30 years), asking rents fell 4.2 percent in the second quarter of this year and the sector accounted for half of the $1.7 billion decline in property tax collection. And because property values are assessed based on the trailing year, the full impacts of downturn have yet to be realized. The report urges the city to monitor the situation and make plans for a vastly different economy in the city, one in which the office sector no longer accounts for two-thirds of the city’s gross product.

Cream of the crop
Office investment activity is picking up steam in the US, according to the real estate advisory JLL, but not at the same rate across all markets.

Teaming up for travel conviction
Three Pro-invest Group alumni have teamed up to launch a private equity real estate firm to target the hospitality sector in Asia-Pacific. Phil Kasselis, Luke Sullivan and Ed Faraguna have set up Hospitality Private Equity Partners (H-PEP) to pursue value-add strategies in the space through separately managed accounts, direct investments and commingled funds [read their full announcement here]. Headquartered in Singapore, the trio are looking to raise a $500 million debut fund to invest in hotels in Asia-Pacific. The current market cycle offers “enormous opportunities to acquire underperforming assets,” Kasselis said in a release, nodding to an expected recovery of the region’s travel industry.

Preferred partnership
Ivanhoé Cambridge is upping its exposure to multifamily development in secondary US cities, but in a risk-off strategy. The Canadian pension has made an entity-level investment of $150 million into Mount Auburn Multifamily, a Los Angeles-based investment group that provides preferred equity to development projects in high-growth markets such as Atlanta, Austin, Charlotte, Dallas, Denver, Nashville and Phoenix. Earlier this year, Ivanhoé Cambridge formed a joint venture with Mount Auburn to invest in the same strategy [our coverage here].