“Our base case is not a near-term recession. But we are stress-testing our underwriting under recession scenarios.”

Lee Menifee, head of Americas investment research at Newark-based PGIM Real Estate, tells PERE how the firm is responding to the yield-curve inversion. 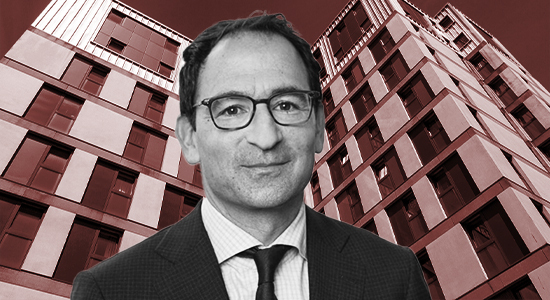 School’s in for Blackstone
Less than a year after broadening its focus on student housing in a $784 million joint venture with Landmark Partners, Blackstone has signaled further ambitions in the burgeoning sector. The New York-based mega-manager is taking specialist real estate investment trust American Campus Communities private in a $12.8 billion transaction, easily its biggest deal in student housing yet. Capital for the deal has been provided by its individual and institutional perpetual capital vehicles, BREIT and Blackstone Property Partners; the majority coming from the former. Blackstone will hold the 166 properties it has acquired via the core-plus vehicles. The firm plans to reinvest capital in the existing assets as well as build new properties under the platform, Jacob Werner, Blackstone’s co-head of Americas acquisitions, said in a statement.

Quadreal partners with storage pedigree
When a company that is only four years old attracts the attention of one of the world’s largest real estate investors, it is difficult to ignore. That happened this past week when Winter Garden, Florida-based specialist Store Space Self Storage partnered with Vancouver-based QuadReal to acquire $1 billion of assets. Despite forming in 2018, Store Space already has a pedigree. Founded by Chris Harris and Rob Consalvo, formerly of real estate investment trust iStorage, Store Space also poached Herby Bowman as its senior director of business development in January. Bowman came from Public Storage, the largest global operator in the space. The partnership will have a core-plus through value-added risk profile and has already added a $200 million, 13-property portfolio of newly developed assets across seven states.

Brookfield’s recap return
Brookfield’s recapitalization of Copley Point’s £180 million (€218 million; $235 million) UK logistics portfolio marks a first for its signature secondaries vehicle: a foray into Europe. The Toronto-based mega-manager is structuring the deal in a familiar way, retaining Copley Point in a newly formed joint venture to manage the assets. Brookfield has committed an additional £125 million of equity to support further acquisition and development. The transaction also represents a re-entry for the firm into the UK logistics market following its sale of its European logistics platform Gazeley to GLP in 2017. It has been moving back into the space on the continent recently via its traditional real estate investment funds, purchasing a German, Spanish and Polish logistics portfolio from European developer Panattoni Development Company last year for more than $1 billion.

Principal investment
Principal Global Investors restarted its real estate operating company investment platform four years ago, pivoting from investing for a single client to a broader capital base. This week, the Des Moines, Iowa-based manager’s restart caught a big fish. Sacramento-based pension California State Teachers Retirement System backed Principal’s platform with a $200 million commitment. The equity will be used to form or acquire new investments on behalf of the investor. The partnership also puts Principal in an advisory role on six existing US investments in CalSTRS’ portfolio. New assets can be both in the US and Europe, with the latter an area of focus for Principal when they relaunched the business in 2018. The commitment expands a 20-year relationship between investor and manager, with four current investments with Principal totaling almost $650 million in CalSTRS’ portfolio.

Putting the V-E-T in investment
Medical office is having a moment. Strong performance throughout covid-19 means investors want to invest more capital in the sector, demonstrated by record-breaking fundraising earlier this year. Increased demand can often lead to managers seeking to differentiate and Chicago-based net-lease medical office specialist Alliance Consolidated Group of Companies’ latest fund is doing just that. The firm is looking to raise $50 million to buy properties in the US that include veterinary facilities. “We have seen increased demand for veterinary services, particularly as more households added pets during the pandemic,” Ben Reinberg, founder and CEO, said in a release.

Double data
Direct investment in APAC’s data center sector has more than doubled,  increasing from $2.2 billion in 2020 to $4.8 billion in 2021, according to a new CBRE report. Digital real estate, which includes data centers, only trailed healthcare as the asset class investors most wanted to increase allocations to, per PERE’s 2022 investor sentiment survey. CBRE expects activities in the sector in the region will continue to be robust in 2022 as the market matures, but warns this will drive cap rate compression. Development therefore remains a popular entry point for domestic and foreign investors alike. Both Australian developer LOGOS and Singapore-headquartered global manager GLP are among those with their own vehicles for data center development, the former region-wide, and the latter focused on Japan.

Declining interest
Real estate private equity investments in India declined 32 percent between April 1, 2021, and March 31, 2022. The drop is being chalked up to the country’s second wave of covid-19 causing multiple lockdowns. Recovery is expected this year, with multiple deals slipping into the current financial year, per research from ANAROCK Property Consultants.

RAM fast-tracks Strotton
Australian wealth and asset manager Real Asset Management has named ex-QIC Real Estate veteran Matthew Strotton [his LinkedIn profile here] its new head of real estate just months after he joined. He replaces Will Gray [his LinkedIn here], who held the role for six years and will stay on as a consultant. Strotton joined RAM in January as head of funds management for its real estate division. His move to RAM followed a 19-year career at QIC, the investment company of Australia’s Queensland government, where he was head of funds management at QIC Real Estate and responsible for Australian and US capital transactions, wholesale funds and client mandates. In real estate, RAM focuses on three primary investment strategies: local convenience-based retail; medical and healthcare; and commercial offices.

Pain in Spain is felt during the current reign
Spain’s socialist government is turning the screw on private sector ownership of the country’s housing stock. “The big investment funds saw a niche here to speculate in the housing business,” Ione Belarra, Spain’s social affairs minister, told the Financial Times in an interview late last year. “Now we are beginning to put limits to this and say to the big landlords that they can keep doing housing business, but not at any price.” At the time, New York private equity real estate heavyweight Blackstone owned almost 30,000 homes, per the FT article, an asset base built up in the aftermath of the global financial crisis. The number will have come down last week after it completed the sale of a 740-bed residential portfolio in capital Madrid to Paris-based insurer platform AXA Investment Managers – Alternatives in a deal valued at €285 million. AXA has a sustainability-focused capex plan for the assets but still considers them to be prime, indicating a lower cost of capital than was used by the previous owners’ vehicles. Expect to see more such exits from the country’s residential sector as its restrictive regulation comes into force.