“In order to buy today, I really believe, in the United States you need a 30 to a 55 percent discount, depending on the market”

Kevin Colket, founder and chief executive of Global Hospitality Investment Group, gives his view of hotel investment in a webcast interview with PERE 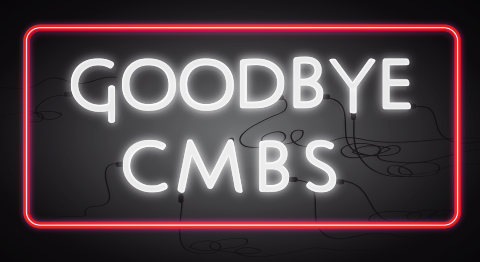 Managers considering mortgage-backed securities as a hedge or liquidity play may want to think again. Blackstone is the latest firm to move away from securitized real estate, as it plans to wind down its half-billion-dollar Real Estate Income Fund series. Although BREIF is a retail capital vehicle and makes up just a sliver of Blackstone’s $500 billion portfolio, its demise speaks to a growing disconnect between institutional managers and the CMBS markets. Mack Real Estate Credit Strategies wound down its own CMBS hedge fund years ago as the potential for profits waned. More recently, TPG’s mortgage REIT, TPG Real Estate Finance Trust, was forced to sell nearly all of its real estate securities to meet margin calls forced by covid-19 shutdowns.

Korean investors are returning to global real estate markets after a covid-19 hiatus, even if it means a two-week quarantine. Korea Investment Corporation and Korean Teachers’ Credit Union have embraced novel measures to get the ball rolling on new investments, including using video conferences to conduct due diligence. But we also understand some Korean groups have decided that travelling again, and quarantining on arrival, to physically inspect assets is now worth it.

Are you an investor who sees the value in traveling again? Do you know of one? Send a note to our Hong Kong reporter Christie Ou.

The pandemic has flipped the script on US senior housing. The sector had seen steady growth for more than a decade, a secular trend driven by an aging population that has drawn many an institutional investor and manager to retirement communities, assisted living and memory care properties. However, the country’s senior housing market saw occupancy drop nearly 3 percent last quarter (see Bloomberg’s coverage here), the first decline since at least 2005, as Americans are unwilling, or unable, to move their older loved ones into facilities that have been hotbeds for the virus.

Capital expenditures for office assets are expected to rise, both annually and on a one-time basis, due to increased health and safety measures.

Despite unprecedented market uncertainty, certain strategies and regions have seen record fundraising performances through the first two quarters of the year. Here are some key takeaways from our fundraising H1 2020 data report:

Cost-cutting is the name of the game around the California State Teachers’ Retirement System headquarters as the $246 billion US pension works to achieve its 7 percent long-term return target. In last week’s board meeting, CIO Christopher Ailman warned costs could touch $2 billion in 10 years if the bulk of its portfolio remains with external managers. Instead, he called for more direct ownership in real estate operating companies, which would enable it to transition from a fee to a revenue-earning model. Greater co-investments in other alternative asset classes also form part of CalSTRS’ collaborative model.

A matter of principal

The Teachers’ Retirement System of Texas’s real estate portfolio is now evenly divided between fund and non-fund investments with around $11 billion devoted to each. TRS’s principal investment portfolio has returned twice the amount returned by its fund commitments since inception: 15.5 percent IRR versus 7.1 percent. The $150 billion pension plans to commit a total of $4.2 billion to real estate in all structures this year, but has thus far struggled to identify principal opportunities.