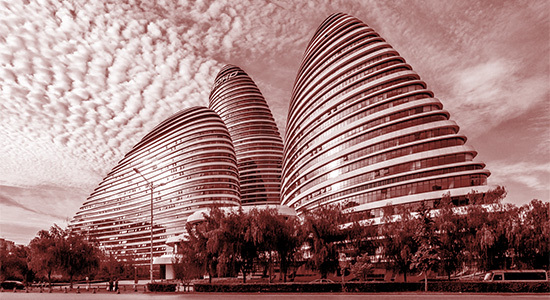 SOHO is a no-go
Blackstone has abandoned its $3 billion bid to buy a controlling stake in Beijing-based developer SOHO China after an 18-month struggle. Last Friday, the New York-based private equity giant and the Hong Kong Stock Exchange-listed developer jointly announced that the deal has been scrapped due to “a lack of progress.” It is understood that China’s State Administration for Market Regulation had not yet approved the transaction. Reuters first reported in March 2020 that Blackstone was in talks to acquire SOHO China for $4 billion. But the plan had stalled by May 2020 when the developer said it had “terminated discussions with various investors” due to market conditions. In June, Blackstone revived its privatization bid with a $3 billion offer. But its second takeover attempt has also now failed amid Beijing’s crackdown on large business deals to limit monopolies in sectors including financial services and education.

Slowly but surely for MSREI
Now beyond a comeback tale, Morgan Stanley’s real estate investment business, Morgan Stanley Real Estate Investing, is quietly going about re-growing its once legendary opportunistic fund series. Since rebranding from Morgan Stanley Real Estate Funds to North Haven Real Estate Funds, the New York-based investment bank has achieved two successively higher fundraisings. With the latest, announced last Thursday, MSREI has raised $3.1 billion for Fund X (also known as G10). The equity haul is almost 15 percent more than the $2.7 billion amassed for Fund IX in 2018 and 81 percent up on the $1.7 billion collected for Fund VIII, the fund that effectively constituted a re-set for the series following the poor performance of its largest vehicle, the $8 billion G6. Returning investors made up 80 percent of the new fund’s equity.

The pandemic disconnect
One might assume a strong correlation between employment and real estate occupancy trends. But there has been a notable disconnect between the two during the pandemic. This is particularly the case for office, where employment has outperformed the broader labor market, but fundamentals are weaker than in other real estate sectors, according to a Cushman & Wakefield report published last week. Most office markets have recorded negative net absorption since the start of the pandemic, even those where employment has exceeded their pre-covid peak, the report showed. “Normally office employment changes are 80 percent to 85 percent correlated with demand patterns; this connection has broken down temporarily,” Cushman & Wakefield stated. By contrast, education and healthcare have been resilient property types, but remain among the hardest hit from an employment perspective. Hospitality likewise has suffered more in terms of jobs than occupancy.

Sharpe shooter
HSBC Asset Management is putting boots on the ground for its real estate investments in Asia-Pacific. The London-based bank has hired Vicky Sharpe [her LinkedIn profile here] to lead its real estate business in the region as part of a larger initiative to grow its alternatives exposure. Based in Singapore, Sharpe will be charged with building the firm’s property platform across the region and report to Joanna Munro, CEO of HSBC Alternatives. Sharpe previously was the Asia-Pacific real estate head for both German asset management company DWS, where she worked for five years, and PGIM Real Estate, where she spent 16 years. Also joining the team are managing principals Lionel Low [his LinkedIn here] and James Bartlett [his LinkedIn here], formerly of Ascendas Asia Real Estate Fund Management and DWS, respectively. HSBC consolidated its alternatives business under a single unit called HSBC Alternatives in June.

Where Europe’s logistics occupiers expect to expand
Among warehouse tenants, 46 percent predict their space requirements will rise in the region’s countries, with France and Germany leading the way, according to a report by listed logistics firm Tritax EuroBox and broker Savills. Only 4.8 percent expect to make a reduction.

What to know about ADIA’s annual report
The Abu Dhabi Investment Authority, one of the world’s largest investors in private real estate, published its latest annual report last week. While scant on hard facts, the document had a few interesting takeaways on the asset class: