“I always felt like there was more to my story than the game of basketball.” 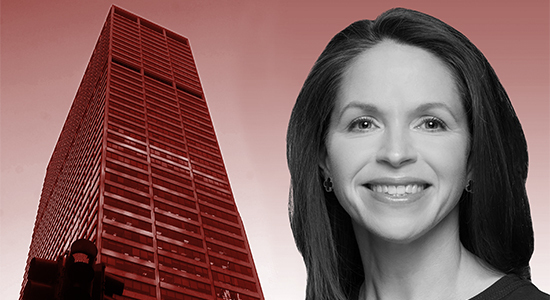 A week to remember
Blackstone has had plenty of busy weeks in terms of real estate activity, but none quite like last week. The mega-manager executed roughly $38 billion of transactions in a three-day span. In last week’s letter, we told you about the record-setting Mileway recap (€21 billion) and the acquisition of Crown Resorts ($6.3 billion). The firm followed that up with a $5.8 billion privatization deal with Atlanta-based REIT Preferred Apartment Communities. Kathleen McCarthy, global co-head of real estate, told PERE the string of deals showcase the platform Blackstone has built over the past 30 years, one that can transact around the world and across the risk spectrum [see our coverage here].

As for the Preferred deal, it is the third major apartment-focused privatization Blackstone has inked in as many months, after nabbing Bluerock Residential Growth REIT for $3.6 billion in December and Resource REIT for $3.7 billion in January. McCarthy said cash on hand and the promise of a sure-fire execution are key to a successful take-private bid: “A public company board has a responsibility to its shareholders, and a sophisticated buyer with certain capital ready to go, is immensely valuable to a board considering different options. We are able to bring that and it’s hard to think of another buyer that can offer it to the same degree, particularly in the real estate space.”

Brookfield bets on scarcity value
Brookfield is the latest mega-manager looking to make a major real estate exit. The Toronto-based firm is reportedly exploring the sale of its $4.7 billion UK student accommodation business, Student Roost, which Brookfield began building in 2016 with the acquisition of a 13-property portfolio totaling 5,500 beds through its Brookfield Strategic Real Estate Partners II fund. Since then, Student Roast has grown to 20,500 units across more than 50 properties and is now the third-largest UK private student housing provider after Unite Students and Blackstone’s iQ Student Accommodation. It is one of the “only platforms that has reached scale and has been stabilized for a number of years,” in the UK sector, says Jamie Harris, head of student accommodation at London-based consultancy Harris Associates.

Brookfield declined to comment, but PERE understands that given Student Roost’s scarcity value, a private sale to a third party was considered the exit option that would maximize value for investors, in lieu of an initial public offering or a recapitalization.

Motivated seller
Ares Management‘s real estate and alternative credit businesses have combined to purchase Capital Automotive, a car dealer net lease specialist, from a private fund managed by Brookfield. The Los Angeles-headquartered multi-asset manager used $3.8 billion of capital for the transaction with the split not disclosed for each business line [see the press release here]. Institutional interest in net lease platforms is piquing, with Carlyle having just completed its own $3 billion acquisition of iStar’s net lease platform. In 2021, transactions in the space broke new records, totaling $95.5 billion in the single-tenant net lease space, according to stats from property adviser Stan Johnson Company. The activity confirms appetite for a sector set to fare well during an inflationary environment, with long-term cashflow top of mind for investors.

KKR gets in on the recap action
Blackstone may have dominated headlines last week with its €21 billion recapitalization of Mileway, its pan-European last-mile logistics platform, but its rivals were not missing from the action either. Through its insurance subsidiary Global Atlantic Financial Group, KKR has recapitalized an approximately $1.7 billion portfolio of 95 percent-leased, Class A office properties held by funds of San Francisco-based Drawbridge Realty, in which the New York-based private equity firm holds an ownership stake. In conjunction with the deal, KKR and Drawbridge have also formed a new venture where the latter firm will source investment opportunities for Global Atlantic. Global Atlantic’s commitment is expected to allow Drawbridge to ramp up its investments in high-quality net-leased office properties in US growth markets, with the aim of more than doubling the size of its portfolio over the next two to three years.

SFR: how fast can it grow?
Single-family rentals have emerged as one of the strongest convictions for institutional investors within the realm of new economy property types. With a national housing shortage in the US and an aging millennial cohort that is both looking for more space and more open to the idea of long-term renting than previous generations, the industry consensus is that SFR platforms will eventually be a staple in institutional portfolios. But just how quickly the sector can reach institutional scale remains up for debate. See our report on the topic here.

New York office woes
Despite a resurgence in other global gateway markets and optimism on the ground, investment sale volumes in the Big Apple are still soft.

King of the Street
King Street Capital Management has hired Mark Van Zandt from BentallGreenOak, bolstering the real estate fund capabilities of its multi-strategy shop. Van Zandt previously served as a managing partner of BGO and as portfolio manager of its signature series of value-added funds. Before spending more than a decade at BGO, Van Zandt was responsible for new investments in Morgan Stanley’s real estate and real estate special situations funds in a vice president role. He comes over as King Street is in the process of raising its third real estate fund, King Street Real Estate Fund III, which has raised at least $100 million so far against a $500 million target, per the PERE database. Check out our exclusive coverage here.

European appeal
Real estate owner, operator and developer extraordinaire Hines has added $600 million of equity to its US core-plus fund from various European pension funds, bringing the vehicle’s total commitments to $1.4 billion. Leading the pack of investors into Hines US Property Partners is the Greater Manchester Pension Fund, PERE has learned. It is unclear how much the retirement scheme contributed to the 2021-vintage vehicle, which deployed two-thirds of its total investment capacity. It aims to deploy the rest by the end of the year.