“We believe demographic shifts, technological advances and evolving consumer preferences, combined with disruptions caused by the pandemic, are unlocking opportunities for new sources of capital to support real estate sponsors and owners/operators in the execution of their business plans.” 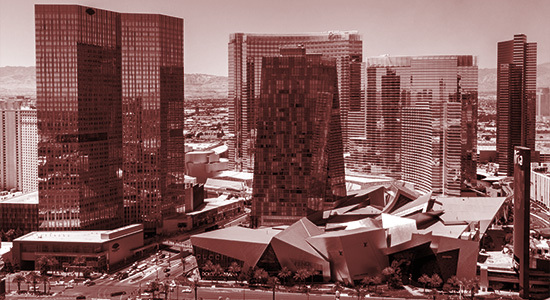 Blackstone rolls again in Vegas
Blackstone is continuing its thematic, high-conviction push into leisure real estate. The firm has agreed to acquire two more hotel assets on the Las Vegas Strip – Aria Resort & Casino and Vdara Hotel and Spa – as part of a net-lease transaction with MGM Resorts for $3.89 billion. The deal comes on the back of MGM Resorts International’s purchase of the remaining 50 percent interest in CityCenter Holdings, which comprises the two hotel properties, for $2.12 billion from Infinity World last week. The monetization continues MGM’s long-standing strategy to become asset-light. This is also Blackstone’s third opco-propco transaction with MGM, following the acquisition of the Bellagio in late 2019 and the Mandalay Bay and MGM Grand in early 2020.

Warburg ventures into urban renewal in China
Warburg Pincus is chasing urban renewal opportunities in China by launching a strategic platform Golden Union Assets with Chinese redevelopment operator Golden Union Group. With 15 billion yuan ($2.3 billion; €2 billion) of assets across 19 properties, the platform is expected to grow to 50 billion yuan of assets in the next three years through acquiring, repositioning and managing under-utilized assets in Shanghai and Beijing. The investment is the US manager’s largest strategic urban renewal platform and further demonstrates Warburg’s appetite to do business in the Chinese real estate market. The outlay follows the firm’s backing of a number of fast growing real estate platforms in the country including logistics platforms ESR and NewEase, as well as industrial park developer D&J China.

Half mi casa es su casa
Dutch pension manager APG is exiting half of its stake in Vivenio, a Spanish multifamily platform, to Australia’s second-largest pension fund Aware Super for €400 million. The platform was launched by APG in partnership with Renta Corporation in 2017. According to Rafael Torres Villalba, head of listed real estate for Europe at APG, the proceeds from the half-exit will be partly reinvested in the platform and partly in other real estate investments. Talking about the returns from Spanish residential investments, he said APG generates 3-4 percent cash returns in terms of rental incomes each year, which he described as “excellent returns” considering the low interest rate environment.

NPS boss Scott Kim talks challenges
Korea’s National Pension Service is in a race against the clock. Currently, the world’s third biggest pension only pays out to approximately five million beneficiaries. At the same time, it collects contributions from about 22 million subscribers. Given the country’s aging population, NPS is soon going to see that imbalance equalize. As that happens, the pressure on the senior executives of the Jeonju-based NPS to get as much as $1.7 trillion [at its peak] of contributions invested wisely is going to intensify. In his first interview with western media, head of real estate Scott Kim tells us how his 33-strong team plans to play its part in the wider group’s challenge. Look out for the coverage when it is published tomorrow.

Deep Dive extra
The gender diversity focus that kicked off last week with the unveiling of PERE’s inaugural Women of Influence list continues with our July/August cover story, ‘The search for the female CEO,’ which examines the various challenges involved with hiring and promoting more women into C-suite or other top-level roles in private real estate. But one tidbit that did not make it into the story was the issue of gender pay equality. According to Oliver Redpath, co-founder of Sydney-based recruitment company Redpath Partners, some groups have recognized the need to better compensate their female talent as industry demand has intensified for highly qualified women. “It’s helped accelerate the close of the pay gap because the small pool of talented females that are existent today are highly sought after,” he said.

Institutional interest in offices plunges
The third most fancied real estate asset class pre-covid, offices have since fallen out of the top five most wanted property types.

Man in the spotlight

BGO’s Carrafiell goes 23 and out
After 23 years of plying his trade from London, European real estate investing veteran John Carrafiell [his LinkedIn profile here] is returning to his native US as he assumes the role of co-chief executive officer at BentallGreenOak alongside long-time business partner Sonny Kalsi [LinkedIn profile here]. Last week, BGO announced the promotion which sees Carrafiell co-lead a business with Kalsi once again, alongside BGO president Amy Price [LinkedIn profile here]. The pair co-led GreenOak Real Estate prior to its majority-acquisition by Sun Life and subsequent merger with Kennedy Wilson at the end of 2018. Prior to that, the duo jointly ran Morgan Stanley Real Estate Investing, the real estate business of Morgan Stanley, until 2008. In both those roles, Carrafiell worked from the English capital. Going forward he will sit with Kalsi at the firm’s New York headquarters.

A bunch of five

AXA IM Alts, the alternative investment arm of French insurer AXA Group, is partnering with Australian logistics developer LOGOS for the first time in a transaction also involving Australian Super; Ivanhoé Cambridge, the real estate subsidiary of Canadian pension plan Caisse de dépôt et placement du Québec; and New South Wales Treasury Corporation. The consortium jointly acquired an undisclosed “strategic” stake in the Moorebank Logistics Precinct, the world’s first automated logistics facility. The property, located in Sydney, was acquired from logistics operator Qube for a total of A$1.67 billion ($1.26 billion; €1.06 billion). The 243-hectare precinct will be developed into a site totalling more than 9.15 million square feet of warehousing space. Upon completion, which is slated for 2026, the precinct will have an end value of approximately A$44 billion.