“Investors want the benefits of both open-ended and close-ended funds, but there’s no perfect vehicle. Individuals and companies need to understand what they are getting into when they invest” 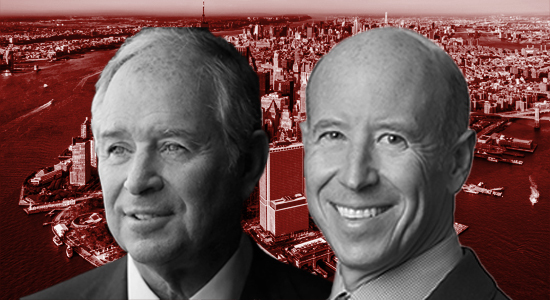 The REIT response
A little over a week ago, two of real estate’s prominent managers, Blackstone and Starwood Capital, were in the firing line. Both the New York- and Miami-based firms had enforced redemption limits in their non-traded real estate investment trusts when investor requests became excessive. Both had seen requests tick over 5 percent for the trailing quarter, causing the firms to take action.

As the financial markets reckoned with what was happening, the heads of the two firms had their say at events in New York. Barry Sternlicht, founder of Starwood, said “this isn’t FTX,” in reference to the recently bankrupt cryptocurrency business, while Stephen Schwarzman, chief executive of Blackstone, expressed a day later how “baffled” he was at the concerns. Blackstone’s chief operating officer Jon Gray echoed his boss’s sentiments, hopping on CNBC to say that the “the structure we put in place is operating exactly as we intended six years ago.” Read our full coverage here.

Restricted access NYC
“Complicated” and “creative” are two of the adjectives used to describe the refinancing of a portfolio of New York residential assets owned by the late property mogul Sheldon Solow. The assets, One & Two Sutton Place and East River Place on Manhattan’s Upper East Side, were refinanced by GO Partners, a venture between managers Black Spruce Management and Orbach Affordable Housing Solutions. They have sold a preferred equity stake to another venture, comprising New York-based manager RXR, alongside Australia’s Macquarie Capital Principal Finance and Middle Eastern state fund Qatar Investment Authority for $261 million, the acquiring parties announced. In a sign of the times, all three referenced today’s challenging borrowing conditions as instrumental in their purchase of a position in the portfolio, which is valued at $825 million. Russell Young, executive vice-president at RXR, described a market in “a period where financing for such acquisitions and developments has been increasingly difficult to obtain.”

PERE Global Awards 2022 voting is live
Voting for the 17th edition of PERE’s eagerly anticipated annual awards is live and kicking. Just two working days on, we are delighted to have collected more than 1,000 votes across the 72 categories so far. We cannot wait to see which investors, managers and advisers you believe made the most telling marks on the private real estate space in the last 12 months.

Voting closes on January 9, 2023, after which we will tally up the votes. The results are announced alongside our March and Annual Review print issues of PERE. Deciding nominations this year was particularly difficult given the stark bifurcation in capital raising and deployment appetites between strategies benefiting from today’s secular changes and those stranded by them. Overlay global inflation threats and the ongoing war in Ukraine and the headwinds for folks in private real estate means standing out has been particularly challenging. All these factors give this year’s awards extra resonance.

Another European expansion
San Francisco-based advisory firm Accord Group has become the latest of its peers to open a European office outside of London. Accord is expanding its European presence beyond the UK capital to Munich, Germany, with an office that will be led by former Wafra executive Alexander Kerscher. “Europe is an extremely important region for Accord, both in terms of investment opportunities and a highly sophisticated investor base seeking cross-border real estate investment,” Paul Jackson, managing partner, said via a statement. Accord follows New York-based Hodes Weill, which opened an Amsterdam office to supplement its London European base in April this year.

Green industrial
It is the time of year when many market participants start offering their thoughts on what the next 12 months might look like. Research firm MSCI offered its own views of a specific area of the market in its ESG and Climate Trends to Watch report. Industrial properties, it said, could require the most green attention. One-third of industrial buildings in the US are more than 50 years old and would require significant capital expenditure to retrofit. Investors, namely real estate investment trusts, the report contends, are now eligible for rebates and incentives to help with that process via the US Inflation Reduction Act. The majority of US industrial REITs, 28 of 51, found that less than 10 percent of their portfolio contained green-certified buildings, the report stated.

Performance erosion
The outlook for 2023 just became a little bleaker. The Pension Real Estate Association’s Q4 Consensus Forecast Survey, which includes forecasts from some of the industry’s most prominent managers and investors, found that total returns could erode next year for most asset classes. The industry believes only retail and industrial performance will remain positive through the end of 2023.

All busy on the Western front
Cerberus Capital Management has hired a new capital raiser for its real estate team. The New York-based firm has tapped Michael Keough to lead capital raising and investor partnerships in the Western US. The 20-year industry veteran was most recently a partner at San Francisco-based manager Headlands Capital, where he was in charge of business development and investor relations.

Before that, he was a managing director at DWS, where he served as head of the core institutional client group, among other roles. Cerberus’s existing investors in the Western US include the Los Angeles City Employees’ Retirement System, Los Angeles Fire & Police Pension System and Los Angeles Water & Power Employees Retirement Plan, according to PERE data.

Before TKF, Nathan spent four years at Paramount Group, focused on acquisitions, structured finance and capital markets. Despite challenges due to covid, HGI has been active during the pandemic in the sector, paying $760 million to purchase the Black Rock building in New York in October 2021, as well as funding a $90 million senior mezzanine loan for the ground-up construction of a medical use officer tower at 1520 First Avenue in Manhattan earlier this year.

Norges bets on a holistic approach
Last week saw Norges Bank Investment Management, steward to Norway’s $1.23 trillion sovereign wealth fund, release its strategic plan for the years 2023-25. The state investor said development and sustainability would feature prominently, as would a combined listed and unlisted approach to investing. Of the latter element, NBIM said it expected the holistic approach would provide flexibility to “access growing sectors and segments in a cost-efficient way” and that the inherent liquidity available in the strategy would give it capability “to exploit periods of disruptions.” NBIM reiterated the fund’s target real estate allocation of between 3 percent and 7 percent.

When it announced its half-year performance in August, the investor then said its allocation was at the bottom of that range, at 3.1 percent. The asset class was among its better performers, however, returning -1.1 percent against a broader portfolio-wide performance of -4.4 percent.

This marks the final edition of Blueprint for 2022. As we prepare to go on a holiday break, the entire PERE team would like to thank our readers for their loyal and enthusiastic support. We wish everyone a safe and healthy festive period and will see you in the New Year. We will return with the first Blueprint edition of 2023 on Tuesday, January 10.