“We won’t make a decision just on currency; we have to be comfortable with the fundamentals.”

Isabelle Scemama, head of AXA Investment Managers – Alts responds to PERE asking if the collapse of the British pound marks a buying opportunity in the UK

Shaking up the GI 100
As PERE’s Global Investor ranking celebrates its 12th year, it has a new number one for the second year running. Sovereign wealth fund Abu Dhabi Investment Authority was in pole position for the ranking’s first decade but slips to sixth this year as Allianz Real Estate revs up into the top spot for the first time. The investment arm of the German conglomerate edged out Dutch powerhouse APG Asset Management, last year’s number one, after finishing second in three of the previous four years. The top 10 institutions on the list saw additional reshuffling. Sovereign wealth funds GIC and QIA broke into this year’s top five after placing 14th and 11th, respectively, last year, with GIC growing its real estate allocation by over $27 billion. See the full list here.

Back at EXPO Real
After a covid-enforced hiatus, PERE and affiliate titles Real Estate Capital Europe and Real Estate Capital USA, are attending the long-standing EXPO Real property conference this week. Editors Jonathan Brasse, Samantha Rowan and Lucy Scott will be among the approximately 20,000 expected attendees at the annual property jamboree, routinely held in the cavernous halls of the Messe München. If you are there too, let us know. How will you find us within the 500,000-square-foot-plus facility? Well, for one, we are among the 250 ‘experts’ taking part in the conference’s live schedule, discussing ESG, global investment and debt trends. Check out the program here and look out for our debriefs of the salient takeaways across all three publications in the days to come.

Hurricane Ian poses questions for real estate
Hurricane Ian became the 37th major hurricane (category 3 or above) to strike the state of Florida since 1851 last week. As the death toll climbs above 80, PERE’s thoughts first and foremost are with those affected by the tragedy.

Second to the lives lost, Ian was predicted to have affected around $1.5 trillion-worth of institutional real estate assets, according to estimates from research firm MSCI. The affected area, including northern Florida, Georgia and parts of South Carolina, have all seen higher levels of investment in recent years due to demographic shifts in the US toward the Sun Belt. Ian’s destruction poses more questions about whether that strategy is sustainable long-term.

As Rajeev Ranade, partner of climate focused investment manager Climate Core Capital, told PERE this week: “Behind each disaster is a financial market that needs to reprice, re-evaluate and rebalance. As financial resources support recovery, Ian may be another test of the persistent theory that the United States can withstand a few billion-dollar disasters annually.”

Are you an investor in private real estate? If so, please respond to the PERE Investor Perspectives 2023 Study. The study will be part of parent PEI Media’s largest ever annual investor survey, which has been running for more than a decade and covers institutions that allocate capital to private real estate, private equity, venture capital, infrastructure and/or private debt. The survey should take no more than 10 minutes to complete and all responses will remain anonymous, including respondents’ organizations. As a thank you for participating, respondents will receive a pre-publication copy of the report. Additionally, PEI will donate $5 to UNICEF for each response. The survey deadline is this Friday, October 7, so please click on the link here and ensure that this year’s results are as comprehensive as possible.

The logistics location debate
As the old industry adage goes, real estate is all about location, location, location. However, location is all about labor, labor, labor. In the logistics sector, where availability of labor remains one of the top challenges for occupiers, what are the best locations to find labor is a topic of debate. In PERE’s second virtual Global Passport event last week, Brian Kieran, head of European fund management at Singapore-based logistics giant GLP, said prime markets had high levels of available labor and therefore would outperform secondary markets. However, Raimund Paetzmann, vice-president of logistics network expansion and real estate at German online retailer Zalando, countered that prime markets have more available jobs, which can make it more challenging to hire workers. By contrast, secondary markets may have lower overall labor pools but higher unemployment rates, the net result of which is an easier hiring process for logistics tenants. For more on what was said during the session, check out our coverage here.

The butterfly effect
The benchmark 10-year US Treasury last week moved above 4 percent for the first time since 2008 but had tumbled to under 3.6 percent as of press time. On Monday, UK prime minister Liz Truss dropped her plan to cut taxes on high earners after her economic proposals sparked turmoil in the financial markets and caused the pound to plunge to a record low. Such stomach-churning volatility is having an impact on where loans are being quoted. Even so, fewer lenders are interested in writing a loan until there is more clarity and a broader stabilization in the financial markets, according to lenders and intermediaries who spoke with affiliate title Real Estate Capital USA. Watch this space as the situation unfolds.

For a good cause 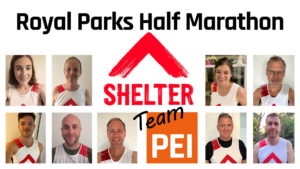 Once again a team from across our parent company, PEI Media, is heading out on a (hopefully) balmy October morning for this year’s Royal Parks Half Marathon to raise money for Shelter, the UK homelessness charity. Nine members of our staff will take on 13 miles this Sunday, October 9.  Any support from our readership will be very gratefully received. If you would like to donate, you can find our fundraising page here.

Expected cost increases
More than 70 percent of global investors are anticipating an increase for the cost of debt across every area of the commercial real estate sector, according to a September 20 survey conducted by Washington, DC-based trade association AFIRE. Sentiment suggests costs increases are likely to be even more extreme for riskier types of investment like value-add and development.

Growth hires
Over the past several days, PERE has reported on not one but two organizations that have made senior hires for their growing real estate businesses in Europe. Cadillac Fairview, the real estate arm of Toronto-based Ontario Teachers’ Pension Plan, has hired former Oxford Properties Group executive Christopher Lankin [his LinkedIn profile here] to round out its senior leadership team in the region, where the investor’s headcount has grown from zero to 15 over the past 18 months. Meanwhile, Brookfield Asset Management has tapped ex-Goldman Sachs partner Richard Powers [his LinkedIn here] as the first chief operating officer for its European real estate business, which has more than doubled in size over the past six years. Read more about the new Cadillac Fairview hire here and the Brookfield recruit here.

QuadReal dials up logistics expansion in APAC
Canadian real estate investor QuadReal Property Group has expanded its footprint in Asia logistics market by forming a partnership with South Korea’s IGIS Asia Investment Management, according to an announcement. The $1 billion joint venture will target developments of grade-A logistics centers for e-commerce, retail, cold storage and third-party logistics in Korea. QuadReal will provide most of the capital while the IGIS team will be responsible for originating, developing and operating the assets. The JV marks another step in the Canadian investor’s bid to capture a bigger share of the region’s logistics market. In April, QuadReal doubled the size of its 50:50 logistics venture with Australian property group The GPT Group to $2 billion, after launching the partnership in February 2021.