“We’ve embraced technology and it’s given us a road map for how to change our business.” 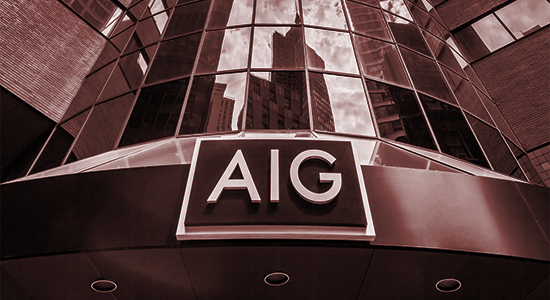 Three takeaways from AIG’s blockbuster sale to Blackstone
In one of the largest strategic entity-level transactions involving private real estate in recent years, Blackstone has agreed to acquire certain assets and a partial equity stake in a retirement business from American International Group for an aggregate $7.3 billion. Here is what we know of the mammoth transaction so far:

GIC, CPP’s $1bn gamble on US offices
Even as uncertainty around offices continues to put a strain on the sector’s recovery timeline, some investors remain bullish as reopening plans are executed. CPP Investments and GIC have formed a co-investment program with developer Boston Properties to acquire office assets across select US markets. The partners are planning to invest $1 billion in aggregate equity, with GIC allocating $500 million and CPP Investment and Boston Properties committing the remainder to the opportunistic investment program. Including leverage, the initial investment capacity is expected to be around $2 billion. Owen Thomas, chief executive of Boston Properties, said in the announcement that the deal “underscores the attractiveness of Class A office investment opportunities,” while GIC’s managing director for Americas real estate Adam Gallistel pointed out how companies would continue to need “collaborative workspaces to build culture, innovate and win the war for talent.”

APG and Blackstone are acquiring the UK student accommodation real estate investment trust through an approximately 60:40 consortium formed by its student housing companies, Scape Living and iQ Student Accommodation, respectively. The deal, which is expected to close during the fourth quarter, follows Blackstone’s acquisition of iQ from Wellcome Trust and Goldman Sachs for $6 billion in 2020. Since then, multiple private equity firms have made forays into the country’s student housing sector.

Thinking different about affordable housing
Who said social impact property investing was the preserve of the real estate sector? Technology giant Apple certainly does not think so. Late last week, the company announced it deployed $1 billion of its $2.5 billion plan to help address housing availability and affordability issues in its home state of California. The scheme, which involves partnerships with various local government entities, comprises a $1 billion affordable housing investment fund; a $1 billion first-time homebuyer mortgage assistance fund; the use of $300 million of Apple-owned and available land for affordable housing; a $150 million fund specifically for San Francisco’s Bay Area; and $50 million to support vulnerable populations.

Core funds of funds outperform
Core private real estate funds of funds are on the ascendancy, according to associations INREV, ANREV and NCREIF’s Fund Manager Survey 2021 published last Wednesday. The associations said funds of funds accounted for at least $51 billion in asset value at the end of 2020, reflecting the third consecutive year of overall growth for the investment style. At the heart of this growth are funds of funds carrying a core strategy. They now account for 48 percent by number of funds, but 94 percent by total net asset value. Such increased engagement is hardly surprising when you consider core fund of funds’ performance. The associations said core vehicles outperformed non-core for the fourth time in the past five years with returns of 1.9 percent versus -3.1 in 2020.

Rising in dominance
Unlisted real estate investors are expected to become among the most active in life sciences over the next several years, according to a survey by law firm Ropes & Gray.

Round three for POBA and CBRE GI
South Korea’s Public Officials Benefit Association has re-upped with CBRE Global Investors, making an additional €200 million equity commitment to a separately managed account to invest in European real estate. The latest equity commitment, which provides an investment capacity of more than €400 million with leverage, represents the third tranche of capital committed to the SMA since POBA first awarded CBRE GI and IGIS Asset Management the European investment mandate in 2016. The mandate, which originally focused on offices, has since been expanded to include residential, logistics and alternative sectors such as healthcare and data centers, as well as listed real estate securities.