“We will have very little room for maneuver for greenwashing. Europe is at the forefront of no greenwashing.” 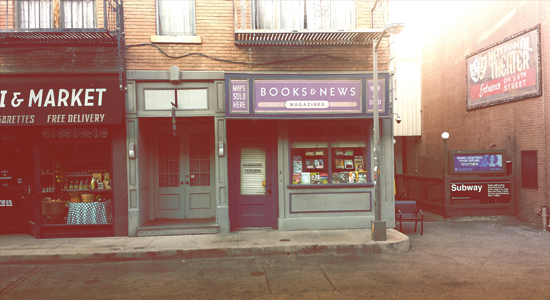 Backlot blockbuster
One of Hollywood’s biggest studio outfits seems to be going asset-light, a move that would have significant repercussions for the burgeoning content creation real estate sector. Square Mile Capital and Hackman Capital Partners emerged last week from a crowded pool of bidders as the preferred buyer of ViacomCBS’s 40-acre CBS Studio Center in Los Angeles [see The Wall Street Journal‘s report here]. The roughly $1.8 billion deal, which PERE understands is not yet under contract, would net the partnership 18 studios and three backlots. It would also be the second deal between Hackman/Square Mile and ViacomCBS. The media conglomerate sold its eight-stage CBS Television City complex to the groups in 2018 in a $750 million sale-and-leaseback deal.

Most private equity-backed strategies in content creation have focused on rolling up independent studios to meet the demand for production space from upstart streaming platforms such as Netflix, Amazon Prime and Apple TV. That was the case for Blackstone‘s investment in Hudson Pacific Properties [our coverage here] and TPG Real Estate‘s acquisition of Cinespace Studios last week [press release here]. But if established media conglomerates like ViacomCBS are looking to monetize their real estate that could open up a whole new world of buying opportunities.

A German exit
Apollo Global Management is looking to make a rare exit from a real estate business. That would be German commercial property firm DEMIRE Deutsche Mittelstand Real Estate, in which Apollo made its initial investment  in February 2018 through its Apollo European Principal Finance Fund III. In a statement, Apollo and Swiss investment firm Wecken Group said they were pursuing a strategic review of their options with respect to their 91 percent stake in DEMIRE, including the sale of the entire interest to a strategic or financial investor. At the time of the acquisition, the two parties had targeted more than €2 billion in AUM for DEMIRE but its portfolio was €1.6 billion as of September 30. Currently Apollo’s only other real estate platform investment is a controlling stake in another listed German property investment platform, AGROB Immobilien, which was also acquired through AEPFF III. Apollo also agreed Monday to purchase a 5.5 percent stake in CPI Property Group for €300 million, representing the firm’s first large public investment in Central and Eastern European real estate.

What to know from the PERE Asia Summit
One of the big takeaways from the PERE Asia Summit 2021 last week was that ESG adoption in Asia real estate has been catching up to that of the US and Europe, thanks to pressure from local governments. Jonathan E Umali, managing director at Hong Kong-headquartered Arch Capital Management, pointed out that regulators have played a key role in this change, given the cost associated with reducing the carbon footprint and implementing other ESG elements in property portfolios. “If your competitors are not doing it and you are doing it, then you are not justifying the return margin. I think it is good when the regulators are stepping up and pushing it.” Read more in our story on the four top takeaways from the conference here.

For more from PERE Asia, check out our coverage on how inflation has been a major concern for many Korean investors deploying capital into overseas real estate and how Korea Investment Corporation plans to diversify its real estate portfolio in Europe.

Game on
Content creation is a theme many investors and managers are embracing in the search for differentiated real estate. Often, film and television studios dominate that conversation, but watched media is not the only content being consumed at a greater rate. Gaming is another growth market and one that needs the right kind of space for its production. KKR acquired one such property this week in London: Highgate Studios, home to the video game developer Rocksteady Studios. KKR, which partnered with British real estate firm Hondo Enterprises for the £150 million ($201 million; €178 million) acquisition, did not buy the property expressly for its gaming tenant. It actually plans to reposition the site to attract creative office and life sciences occupiers. But the fact that the same location could appeal to both groups is noteworthy for firms seeking viable office strategies.

Tapping into European retail capital
Retail investors have been a highly sought-after capital source for the likes of Blackstone, KKR, Brookfield Asset Management and other industry heavyweights. But while raising capital from individual investors has taken off in the US, the trend remains nascent in Europe. Pictet Alternative Advisors, the alternative investment arm of Swiss bank Pictet Group, is seeking to change that with the launch of its new real estate fund, Pictet Real Estate Capital Elevation Core Plus. The vehicle, which will be offered to both institutional and private clients, is believed to be the first property fund with a European Long-Term Investment Fund label. Such a designation will allow European retail investors to commit equity to a closed-end real estate fund for the first time. One impediment with wider adoption of ELTIF funds, however, is the distribution costs, which are typically much higher in Europe than in the US, according to Guillaume Prache, managing director of BetterFinance, an organization representing financial services users in Europe.

Adding value
Sustainability and energy efficiency were rated the most valuable enhancement that commercial real estate firms could make to improve the tenant experience.

CalPERS ups real assets allocation
The biggest institutional investor in the US is increasing its exposure to real estate. The California Public Employees’ Retirement System is raising its target allocation to real assets, which includes real estate, infrastructure and forest land, from 13 percent of its portfolio to 15 percent. For the pension investor, which has nearly $500 billion of assets, that bump could translate to nearly $10 billion of additional investment into real assets. It is not clear how much of that new allocation will go toward real estate.