Blackstone doubled down on the Las Vegas Strip this week by adding two more high-profile properties to its burgeoning empire in the Nevada desert.

The New York-based mega manager bought a nearly 50 percent stake in the MGM Grand and Mandalay Bay for $4.6 billion, tapping its Blackstone Real Estate Income Trust for the transaction. The resorts join a gaming portfolio that already includes the Bellagio, acquired by the non-traded REIT for $4.25 billion last year, and The Cosmopolitan, purchased for $1.73 billion from its opportunistic funds in 2014.

Historically, casinos have not been safe bets for private equity firms. Colony Capital went on a gaming buying spree in the early 2000s, rolling the dice on five resorts between 2000 and 2005 only to crap out during the global financial crisis. It defaulted on the loans for all five assets amid a rash of bankruptcies in Atlantic City and a $2 billion tumble in gaming revenue in Las Vegas.

Committing $10.6 billion to four casinos within a one-mile radius of each other – three of them using core money from retail investors – may seem a risky wager at first glance. Occupancy rates in hospitality, after all, generally tend to fluctuate more because leases are day to day rather than annual. However, a closer look at the transactions reveals a well-crafted system of safety nets that could serve as a useful blueprint for dealing with a gaming industry that is increasingly inclined to sell its real estate.

Like the Bellagio deal before it, Blackstone’s acquisition of the MGM Grand and Mandalay Bay was structured with ample overhead, including a corporate guarantee from MGM Resorts International, a publicly traded company with a market cap of more than $15 billion. MGM committed to what is essentially a 50-year triple-net lease in which it will continue running operations at both resorts while paying Blackstone an annual rent starting at $292 million. Compared with Blackstone’s value-add and opportunistic ventures, this is a relatively low return ceiling but for MGM, which saw a combined net revenue of $2.2 billion at the two properties in 2018, there is ample cushioning to cover rent even if business slows considerably in a given year. For BREIT investors, this means steady annual yields.

Blackstone also secured other assurances from MGM in the transaction, including a mandate to invest 3.5 percent of revenues on a rolling five-year basis into capital expenditures at the two properties.

In addition to the financials, Blackstone also benefits from the macroeconomics of the Las Vegas market. At 42.1 million and 6.4 million, respectively, visitor volume and conference attendees were near all-time highs in 2018, the last year on record with the Las Vegas Convention and Visitors Authority. GFC aside, these figures have grown nearly unabated for the past 50 years, even during most recessions. Gaming revenue, though still shy of its 2007 peak of $10.8 billion, has climbed steadily for the past decade, too, from $8.8 billion in 2009 to $10.2 billion in 2018. The city has also bolstered its entertainment offerings by adding a host of high-end retail, more live shows and three professional sports teams in recent years.

Unlike the Bellagio deal, in which it acquired a 95 percent ownership of the iconic hotel and casino, Blackstone will technically be a minority owner of the MGM Grand and Mandalay Bay, with a 50.1 percent stake in both assets being rolled into MGM Growth Properties, a REIT launched in 2015 to hold MGM’s US real estate. While less lucrative for Blackstone, this structure also comes with less risk and a better alignment of interest with MGM, the majority owner of the MGP REIT. Beyond that, the deal sets a precedent for future partnerships between private capital and the gaming world.

As PERE reported last year, casino operators throughout the country have expressed a greater willingness to part with their underlying properties. Groups such as MGM and Caesars Entertainment have made monetizing their real estate holdings a priority. The public markets have been the solution of choice thus far, with three gaming REITs – including MGM Growth Properties – launching between 2013 and 2017. However, MGM’s dealings with Blackstone show an openness to alternative structures, specifically one that features more collaboration between a gaming entity and private capital. The MGM Grand was the final US property owned by the operating company and rather than selling it to a private buyer or rolling it into the REIT, MGM split the difference. That flexibility sets the table for other copycat deals in a market that seems ready for them. 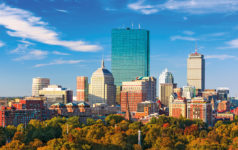