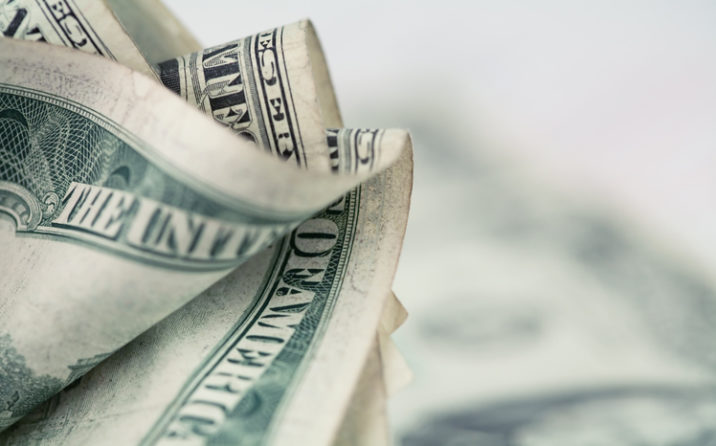 Blackstone this week closed its latest opportunistic fund, Real Estate Partners IX, on $20.5 billion. The haul represents a $2.5 billion oversubscription and the largest raise to date for a private equity real estate vehicle.

“[The fundraise shows] that capital continues to find real estate attractive and is consistent with the data that shows where dry powder is for capital allocation,” Ben Maslan, managing director of RCLCO Fund Advisory, a California-based consultant, told PERE. “It represents a continued appetite for commingled structures from good managers to introduce risk into portfolios.”

Record-setting funds are a regular occurrence for Blackstone. Its BREP series holds four of the top five closes of all time, one for each of its past four funds. The only other manager on the list is Brookfield, with its $15 billion Strategic Real Estate Partners III. Although the Toronto-based manager has performed strongly, it has consistently been behind the sector leader in terms of capital raising. Brookfield declined to comment.

Large funds, particularly those managed by Blackstone, are playing a stronger role in shaping the private equity real estate landscape. The share of capital raised by billion-dollar vehicles has increased each year since 2016, according to PERE data. Halfway through this year, they made up 76 percent of committed capital, and mega funds – those valued at $3 billion or more – totaled $37.5 billion, establishing a record-setting pace that BREP IX has built upon.

Blackstone’s global co-head of real estate Kathleen McCarthy said of the close: “This fundraise reflects the excellent relationships we have with our limited partners, given the strong results the BREP funds have generated for them since 1991. We are grateful to our investors for their ongoing support and look forward to putting this capital to work on their behalf.”

In its end-of-year call with investors in January, Blackstone disclosed that it had raised $17.3 billion for BREP IX on an $18 billion target. It was therefore not a matter of whether it would set the fundraising record but when and by how much. With the final figure announced, the industry is left with two more questions: how will Blackstone deploy all that capital and what comes next?

Blackstone will look to invest globally and throughout all property types. However, Ken Caplan, global co-head of real estate, said the firm would focus on its “highest conviction investment themes,” one of which is e-commerce warehousing. The first capital deployed from the fund went toward Blackstone’s $19 billion acquisition of GLP’s US logistics portfolio in June. That investment drew questions around the industry as to how core-type properties – last-mile logistics assets in major markets – would fit into an opportunistic strategy.

Doug Weil, co-managing partner of Hodes Weill, a New York-based capital advisory firm, said Blackstone’s track record had earned it the benefit of some doubt. BREP VIII has delivered a 15 percent total net internal rate of return and 1.4x total investment multiple, according to the firm’s second quarter disclosure. Overall, the BREP series of global funds has achieved a 16 percent net IRR and a 2.0x multiple.

“Investors are counting on them to be very diligent and prudent in how they allocate capital but, more importantly, to identify trends and investment strategies that are ahead of the curve,” Weill told PERE. “We’ve seen it time and time again that when Blackstone chases a strategy, the market tends to follow them.”

In addition to its consistently strong return rates, the BREP series has earned the loyalty of investors because of its ability to take on big checks. Many institutions have sought to limit their manager relationships in the wake of the global financial crisis, and the size of Blackstone’s vehicles allows them to deploy large amounts of capital efficiently. The California Teachers’ Retirement System, Minnesota State Investment Board, North Carolina State Treasury and several other US pension funds committed $300 million each to BREP IX, for example. The New York State Common Retirement Fund wrote a $500 million check.

Blackstone was also able to raise billions from high-net worth individuals through banks and wire houses, PERE understands. Sources familiar with the fundraise attribute its success with non-institutional investors to Blackstone’s name recognition and positive reputation in the institutional arena.

Anthony Breault, senior real estate investment officer at the Oregon State Treasury, another repeat BREP investor, said the series is appealing because of Blackstone’s ability to track macroeconomic trends and deploy at scale better than smaller funds and managers.

“Generally speaking, we feel comfortable that Blackstone is one of the few firms with a demonstrated track record and ability to invest in scale with subsequently larger capital raises,” Breault told PERE. “The BREP series, specifically in our portfolio, plays an intended role in accessing dealflow and large portfolio transactions that we may not otherwise capture in our broader separate account portfolio.”

Although Blackstone’s latest offering has not raised any red flags around the industry, some participants wondered if the firm could continue closing larger and larger funds in perpetuity. BREP’s scale allows it execute deals that few other private managers, or investors, could hope to complete on their own. But at a certain point, that advantage could turn into a handicap, one advisor who asked not to named, told PERE.

“How many multibillion real estate deals are out there that can deliver outsized returns?” the advisor asked. “At the end of the day, if you’ve grown to a size where you’re forced to only focus on mega deals to deploy the capital, you’re sort of pigeon-holing yourself as a manager. The vast majority of the real estate market is comprised of smaller portfolio and individual building transactions, and there’s only so many of those deals you can do at that size. There’s got to be some rationalization of how big these investment vehicles can grow relative to the overall market opportunity set.”