Real estate was a bright spot in an otherwise difficult quarter for The Blackstone Group, the world’s biggest alternative investment manager.

“The first quarter was a rollercoaster for equity and credit markets,” Steve Schwarzman, Blackstone’s chief executive, said on a Thursday analyst call. “In real estate, our properties continue to report healthy fundamentals across the board.”

Schwarzman, Blackstone’s chief executive, reiterated his previous praise for the two-year-old core-plus platform, which haf $10.9 billion in commitments at the end of the first quarter.

“I have extremely ambitious objectives for this area,” he said on the call. “I think we can make major increases in the amount of money we’re managing in this area with great returns.”

Overall real estate fundraising, which totaled $8.4 billion in the quarter, was buoyed by the $5.2 billion first close of the firm’s latest opportunistic European vehicle, BREP Europe V in March. The firm officially launched the vehicle at the start of 2016, but had been marketing to existing limited partners since at least the fourth quarter of last year, according to documents from San Francisco Employees’ Retirement System.

The firm plans to close the vehicle later this year, sources with knowledge of the fundraising process told PERE. Tony James, Blackstone’s president, said on a media call Thursday that the fund has “at least” a $7 billion target and will likely be larger than its predecessor, which raised about $8.8 billion in two tranches and closed in March 2014 after just six months in market. BREP IV has had a 16 percent net IRR, according to the first-quarter earnings report.

“In real estate, I think the US has gotten a bit pricier, although there’s still value to be had, and Europe is booming for us,” James said. ON the analyst call, Blackstone executives noted opportunities from low supply in US office, retail and housing.

Blackstone signed two huge real estate deals during the quarter, selling Strategic Hotels & Resorts to Anbang Insurance Group for $6.5 billion in a disposition that will close later this year, and closing the acquisition of BioMed Realty, a real estate investment trust, in January for $8 billion.

CenterCap Group on the race for permanent capital 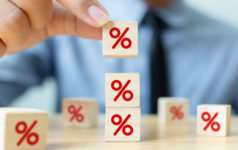 ‘Slow but steady’ for real estate returns in 2022