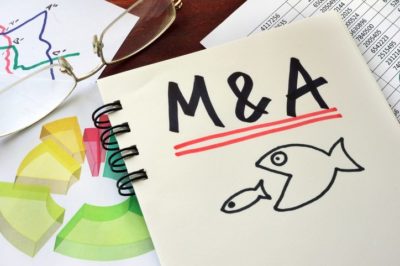 As overall commercial real estate volumes have dropped, so has activity in private real estate M&A. Global investment volume fell by 57 percent year-on-year during Q2 2020 to $109 billion, the lowest quarterly total since 2010, according to property services firm CBRE. Meanwhile, overall real estate M&A activity has fallen dramatically over the past two years – from 44 deals totaling $7.2 billion in 2019 to just 14 deals totaling $2.1 billion in 2020 year-to-date, according to data from investment bank Berkshire Global Advisors.

Despite this drop-off in activity, significant M&A deals are still closing, even during the pandemic. In fact, three managers on the PERE 100 ranking have sold full or partial stakes in their businesses this year: Almanac Realty Investors, Spear Street Capital and now Benson Elliot Capital Management, which announced this week it agreed on a sale to New York-based asset manager PineBridge Investments.

Aside from being some of private real estate’s biggest capital raisers, all three firms also share something else in common: their M&A transactions were each advised by Berkshire, which is the subject of the Big Interview in PERE’s November issue.

The Benson Elliot sale has multiple tie-ins to some of the key themes that PERE discussed with Ted Gooden, head of Berkshire’s private markets advisory practice, and Drew Murphy, head of the firm’s real estate group, in the interview.

One trend of which the deal is representative is the entry of new participants into the real estate M&A space during the covid-19 crisis. These new buyer organizations have emerged as some prior participants have withdrawn from the competition because of public market pressures, or greater risk aversion during the pandemic-triggered market uncertainty. The Benson Elliot transaction is a milestone deal for PineBridge because it marks the asset manager’s debut in real estate and is also its first-ever acquisition of a business. The deal puts PineBridge on the map as a buyer of businesses.

Another key theme is that of buyer organizations seeking to expand their private markets capabilities. As a private firm, PineBridge has not been affected by public market movements and has instead enjoyed strong performance, particularly with its fixed-income business, during the pandemic. That robust track record has led the company’s investors to clamor for more products, particularly in private markets, real estate and in Europe. Benson Elliot checked all three boxes, and was considered even more valuable as one of the few European managers with a pan-regional focus.

An additional tie-in is the ongoing evolution of real estate managers. Benson Elliot, a two-year-old start-up firm at the start of the global financial crisis, now has a 15-year track record and is at the stage in its development where it sees the benefits of being part of a larger organization to drive future growth. PineBridge, a global firm with a sizable presence in the US and Asia, would be able to help connect Benson Elliot with new sources of capital, particularly in the latter region. The two firms could also potentially work together on new products that would effectively combine their capabilities in real estate and credit. Both factors would help Benson Elliot to expand its own reach and presence in private real estate globally.

While some of the forces that brought PineBridge and Benson Elliot together were facilitated by the covid-19 crisis, ultimately the motivations for both parties to seek an M&A opportunity are reflective of ongoing trends in private real estate and private markets.