AXA plans to hold a final close soon, with the target believed to be slightly higher, at circa €1.5 billion, as reported by REC last October. This amount would make the new fund about half the size of AXA’s previous record-breaking CRE Senior IX which closed on €2.9 billion in August 2015.

AXA IM – Real Estate’s head of CRE Finance, Timothé Rauly, said that 2015 had been a record year for deploying as well as raising capital, with approximately €4.5 billion invested in real asset debt.

He said that while the business continued to find plenty of opportunities, AXA did not invest as much in 2016 and “definitely does not” expect to return to 2015 levels. This year will be a “challenging one, not just for real estate financing but for all asset classes” and he said, adding that AXA IM – Real Assets will approach 2017 “cautiously”.

He stressed that: “We still see a strong relative value in CRE mortgage financing against traditional credit instruments which is confirmed by the continued high levels of interest of investors for the asset class.”

In 2016 AXA will “end up having made about €3 billion of CRE debt investments. We anticipate 2017 will be the same or slightly less, between €2.5 billion and €3 billion.

“The market is competitive and we are trying to be a bit more cautious. Given the uncertainty caused by macro events, I would say it is difficult to predict investment trends for more than three months ahead, hence the need for flexibility in the investment strategy: across geographies and asset classes.”

In the last couple of years, as part of that flexibility AXA has started making selective investments on behalf of its funds and mandates in senior loans in the US, where it sees some premium in the relative value. The new fund has an initial allocation to the US of up to 25 percent.

“About two years ago we forecast that European markets would probably ‘normalise’ and we decided to look at some other markets to enlarge the pool of assets we could look at and continue finding transactions with some premium in the relative value”, Rauly said. “We have the option but it’s deal by deal rather than a strategic allocation.”

He said the US book comprises 20 loans ranging in size up to $200 million. “In total, we’ve invested $1.2 billion in the US, out of which some loans have already repaid because they were pretty short (duration). So today we have c$1 billion of loans in the US.”

The manager has invested some €13 billion in total in senior real asset debt since 2010.

In the US AXA’s CRE debt platform invests only via participations in syndications, with the US property team supplying expertise to understand underlying properties and micro locations. The underwriting is done in Paris or London.

In the US direct property business, AXA IM – Real Assets has promoted Steve McCarthy to head of North America and Aaron Kutner to US director of acquisitions. Former North America head Olivier Thoral is returning to a new role in AXA’s Paris headquarters.

UK lending rebounded in H1 amid backlog of deals – report 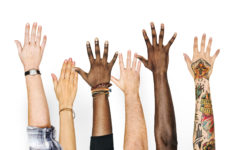 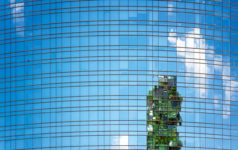 Investors 9 hours ago
Added to your Saved Articles
Loading
Unsave Article
Please confirm you would like to remove this article from your saved articles.
Share with other subscribers
Only logged in subscribers of this site will be able to access the shared article.