ARA Asset Management has delayed the final close of its second value-add fund in Asia until October this year.

The Singapore-headquartered real estate investment group was granted approval from investors for a fundraising extension for ARA Real Estate Partners Asia II in Q4 2019 following decision-making delays by some of its investors, three sources told PERE. It is understood that the fundraise was originally supposed to wrap up in the first half of 2020 and two sources confirmed to PERE that the firm had corralled around half of its $750 million target capital at the end of March.

One source said the fundraising delay had partly to do with the political turmoil in the region. “Since last summer, with the protests in Hong Kong, most international investors took a pause and adopted a wait-and-see attitude in the region. That affected fundraising activities in general for Asian strategies across the board,” one source said. However, he believed the fund has got “a decent runway” to meet its final close by October.

ARA launched its first value-add fund in the region in 2013 under the name Morningside Investment Partners. MIP raised $200 million from New York State Common Retirement Fund via a separate account platform and $40 million from ARA’s own balance sheet. When Fund II was launched in 2018, the firm aimed to raise a fund more than triple the size of its predecessor. The firm held a first close for the fund in October 2018 with a $225 million commitment from NYSCRF.

While Fund I had a strategy focused primarily on Singapore and Hong Kong, Fund II will invest in office buildings, logistics and industrial assets and retail properties across the region, according to NYSCRF. Fund II reportedly will target a net internal rate of return of 12 percent and a loan-to-value ratio of 55 percent.

Currently, a total of 16 Asia-focused value-add funds are in the market, according to PERE research. ARA Real Estate Partners Asia II is the fourth-largest vehicle targeting the region and the risk-return profile. 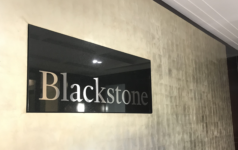 Blackstone’s Schwarzman: ‘What’s going to happen to office buildings is actually quite interesting’ 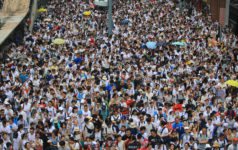 LP Tearsheet 13 hours ago
Added to your Saved Articles
Loading
Unsave Article
Please confirm you would like to remove this article from your saved articles.
Share with other subscribers
Only logged in subscribers of this site will be able to access the shared article.