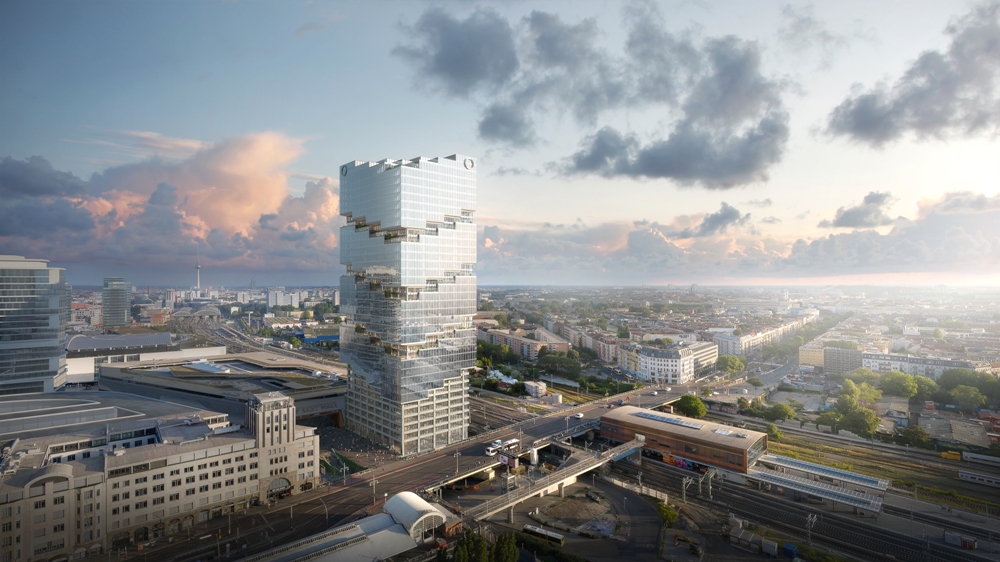 It was always a matter of when, not if. On its mission to reach more than €100 billion of assets under management by 2024, the real estate business of Germany’s largest insurer, Allianz, has been plotting adding investments acquired via third-party capital to those bought with its own resources since last year.

First came a debt fund. Last year, Allianz Real Estate began raising capital from other German institutions to combine with its own in Luxembourg-domiciled fund for issuing senior credit. Last month came the first equity investment made with third-party capital.

Predictably for such an institution, Allianz took a safety-first approach when it committed to a 650,000-square-foot office development in Berlin, a market it is familiar. Structured as a forward-funding deal, Allianz has assumed investment management responsibilities for the joint venture backing developer EDGE Technologies. Its partner is also familiar: the country’s biggest pension provider, Bavaria’s Bayerische Versorgungskammer. The investors declined to confirm their equity commitment to the venture – to be split 50:50 – but it was reported locally to be approximately €400 million.

“The asset management side is nothing new for Allianz. The new part will be its third-party reporting, but we are assuming there’ll be no issue on that side.”

PERE also understands the outlay is expected to yield Allianz and BVK a long-term IRR of just below 10 percent, deriving from an income stream after the development completes in 2023 of between 4-5 percent. This compares with a current all-Europe office yield of 4.35 percent, according to broker Cushman & Wakefield’s second quarter The DNA of Real Estate report, down from 4.43 percent a year prior. In the report, Cushman highlighted, however, that Berlin’s rental growth was up 5.7 percent from Q1, notably ahead of the region’s average growth of 3.3 percent.

That suits BVK’s requirements, said Rainer Komenda, head of real estate funds at BVK, who added it was not challenging to be the Allianz’s first third-party investor on the equity side. “We’re both long-term investors in Germany and in these types of markets. We’ve both got a lot of AUM here to get comfortable.”

BVK current manages €88 billion of assets, according to PERE research, more than 20 percent of which is allocated to real estate. Much of that is located in Germany.

Komenda recognized BVK is taking some partner risk in backing Allianz’s first third-party equity vehicle. But he told PERE the institutions’ history of working together and the insurer’s extensive real estate team, track record managing its own assets as well as their equal alignment of capital made the pension manager confident to team up. “Let’s see,” he said. “The asset management side is nothing new for Allianz. The new part will be its third-party reporting, but we are assuming there’ll be no issue on that side.”

Francois Trausch, Allianz Real Estate’s chief executive officer, hinted at such a third-party transaction onstage at PERE’s Europe Summit in the summer where he said about the investment management business: “If we find a good opportunity to work with a partner, to line up the asset or portfolio to manage for that partner, we would do it…You should expect Allianz to team up with other sources of capital and for us to be the manager.”