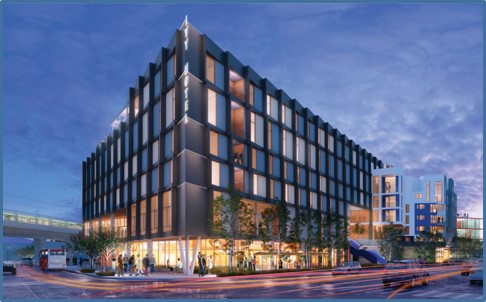 AECOM-Canyon Partners has raised $500 million in the final close for its flagship opportunistic real estate fund.

The two joint venture partners have together contributed around $50 million to the fund, according to AECOM Capital’s partner and managing director Warren Wachsberger. He declined to disclose details about the investor base.

The fund will pursue investments with a build-to-core strategy in the top-25 US markets. The JV partners plan to take a GP position in each asset via the fund, alongside the developer. The LP position in the capital stack will be filled by either one of the AECOM-Canyon Partners Equity Fund investors that choose to co-invest in the project or a third party, Wachsberger explained.

In most typical private equity real estate vehicles, funds take an LP stake in the projects they invest in, providing a majority of the capital, while the developer who only invests a small portion of the equity takes a GP stake.

In this fund’s case, however, the JV partners only intend to invest anywhere from $15 million-$50 million at the co-GP level into large-scale projects with a total capitalization of $150 million-$500 million. The fund investors will have the opportunity to co-invest on a deal-by-deal basis.

Wachsberger said co-investment opportunities were a major draw for investors coming into the fund. In his view, investors are experiencing “fund fatigue” because they are getting tired of paying double fees to fund managers and the underlying developer, in addition to not being able to consistently access co-investment deals.

Because the fund would take a GP position in projects, investors can co-invest without cannibalizing or taking away opportunities from the fund investors, Canyon co-head of real estate investments and director of acquisitions Robin Potts explained. Fund investors will get a first look at all the investments before any third party is offered the LP position in the project, added Wachsberger.

PERE understands that in such an arrangement, fund investors would end up earning deal-level fees.

In terms of sectors, the fund will seek investments across multifamily, mixed-use, office, hospitality, industrial and student housing. The fund has so far closed on three projects, deploying $65 million in capital. These investments will stay in the fund for around five years on average, including one year of pre-development, two years of construction and two years of stabilization, according to Wachsberger.