Aberdeen Standard Investments has entered into a joint venture with Sumitomo Mitsui Trust Bank with the view of forming the UK firm’s first commingled direct real estate fund in Asia.

ASI declined to comment but PERE understands that the target size of the planned fund will range between $300 million to $400 million. The vehicle will target investments in residential assets such as multifamily, senior housing, student housing and corporate housing in mature markets in the Asia-Pacific region, primarily focusing on Japan, according to a statement.

The fund will adopt a value-add strategy targeting returns in the low teens, according to a source. PERE also understands that ASI and SMTB will jointly raise and invest the fund. Both sides intend to commit a certain amount of capital to the fund but will seek to raise the bulk of the capital from third-party investors. However, ASI will be the fund manager while SMTB will be the asset manager.

Talking about the how the partnership came together, Kang Puay Ju, head of Asia-Pacific real estate and global head of real estate multi-manager at ASI, told PERE that SMTB has had a long-standing relationship with UK-based insurer Standard Life Investments since 2010. The alliance had focused on equity and fixed-income investments until real estate was added into the investment mandate in 2014.

“We have actually been working with SMTB for a good few years now. The JV is the next step of crystallizing the relationship into something of a closer cooperation,” said Kang.

In 2017, Standard Life Investments took over Aberdeen Asset Management to form ASI, the second biggest fund manager in Europe at that time. Before the merger, Aberdeen had traditionally been investing in Asia real estate via its fund of funds series. Aberdeen Asian Property Multi-Manager Fund IV, the latest in the series, closed on a total of $151 million in January 2017, according to PERE data.

Two years after the tie-up, ASI has been actively growing its direct real estate capability in Asia. With an AUM of $23 billion in Asia as of the end of 2018, the firm mostly recently purchased Hong Kong-based real estate investment manager Orion Partners in February this year as part of its expansion strategy, according to Kang. Established in 2000, Orion invests in China, Japan and Korea.

“We are still very young on the direct side and we are pursuing different growth strategies. The Orion Partners acquisition is obviously an example of the inorganic growth route through M&A and the JV with SMTB is part of the organic growth route,” said Kang. She pointed out that ASI will remain open to various options to grow the business which includes leveraging on the franchises and platforms of Orion Partners in the future. 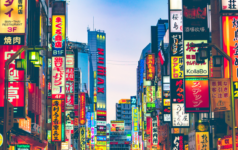